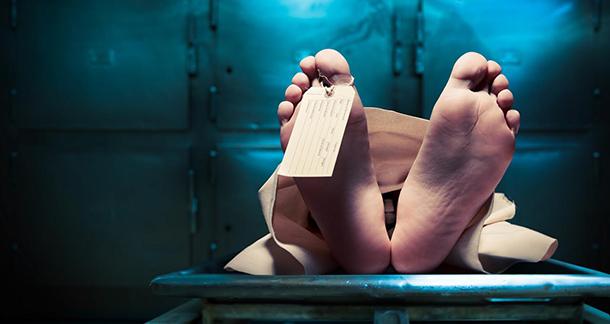 A fifteen-year-old girl found dead in the woods lies naked on a stainless steel table. The examination room is quiet except for the buzz of the fluorescent lights and the hum of the dictaphone running on the counter. Your protagonist picks up a scalpel to prepare for the initial incision. But where does she cut first? And what exactly is she looking for? These are the types of simple questions that can halt any crime writer in mid-flow when writing about an autopsy in their manuscript.

Prior to writing his most recent novel about a forensic pathologist, award-winning Canadian author Yann Martel attended two real autopsies for research purposes. Oh sure, his protagonist finds a dead chimpanzee cradling a bear cub inside the corpse’s ribcage, but that doesn’t mean Martel didn’t nail the realistic details of this gruesome procedure for his readers. In my time as a criminal lawyer, I've had to comb through coroner's reports with graphic photos looking for details. While you may not be able to attend a real autopsy or read actual documents to answer questions for your writing project, I can lay out some general guidelines and resources to help keep you on the right track.

When Are Autopsies Performed?

The decision-making process on whether to hold an autopsy varies with location, but generally it is a coroner, sometimes known as a medical examiner, who decides if it is warranted. Every murder will result in an autopsy as a rule of thumb. They are frequently also done in cases where the death was not necessarily homicide, but is considered to have been of unnatural causes—found corpses, suspicious circumstances or sudden deaths during surgical procedures. Once an autopsy is ordered, the procedure is carried out by a specialized medical practitioner known as a forensic pathologist. These positions may have different titles or may be held by the same person in some jurisdictions, so it’s important to check the area where you are setting your story. Most agencies, regardless of location, have a website with frequently asked questions or information for the general public to get you started. Like this one, or this one. Autopsies can also be requested privately by family members when public authorities decline to authorize one, but in these cases the requesting parties must assume the expenses.

The situation gets more interesting in rural areas with limited resources. Imagine a tiny town where murders are extremely rare and a decent hospital is a good distance away. If a suspicious death occurs and townspeople are generally 'pretty sure' that the local plumber simply got drunk and fell to his death from that willow tree, there won’t likely be an autopsy. This is the reality of economics, logistics and remote geography. Your protagonist may find themselves in a situation where they need forensic answers but an autopsy won’t be performed due to financial, bureaucratic or political reasons. Conflict! 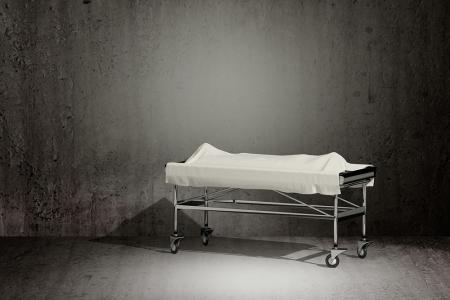 What Actually Happens in an Autopsy?

The main purpose of a forensic autopsy is to determine the cause and manner of death. The procedure takes two to five hours to perform and is carried out by the aforementioned forensic pathologist. While the procedure is relatively short in duration, the final report may take months to prepare. The body is brought in, usually in a body bag with an identification tag on the toe. Paper bags are sometimes present on the hands of the victim to better protect evidence that may be present on the hands or under the fingernails. Once the deceased person has been formally identified for the record, the corpse is then weighed, photographed, and physical exhibits are collected. Prior to post-mortem examination, UV light source examination may also be done. This process will reveal seminal fluid, saliva, urine and other bodily fluids as well as other superficial details on the skin’s surface. Scars, tattoos, birthmarks and signs of medical intervention such as defibrillator tabs and bandages will also be noted at this point.

The pathologist will describe every external injury (bruises, punctures and lacerations) with minute detail including the location, size and even measuring the amounts of clotted blood around the wounds. Once that is done, the cutting begins. A Y-shaped incision opens up the chest and abdominal cavities. The pathologist then removes all the internal organs and examines each of them. After the procedure is complete, the organs are placed back into the body (unless donated) and the body is sewn shut. There are numerous graphic videos and photos of this dissection found online. Some of the common errors in portraying this process in popular media are highlighted in this article. And an excellent breakdown of the internal dissection process can be found here.

Often in fiction and popular media, the autopsy is carried out alone by a pathologist. In reality there are usually a number of people involved in the process: the lead pathologist, investigating officers to identify the body, resident doctors who signed the death certificate, the coroner who authorized the procedure, pathologist’s assistants, forensic identification team members, and even observers. In one particular file of mine, there were more than six people in the autopsy room when the procedure took place. A great opportunity for dialogue.

In closing, don't be intimidated by writing about medical procedures or overwhelmed by the amount of research that's out there. Pick your geographical setting, research the rules and job titles in that region, and then start researching the procedure with your particular 'victim' in mind. Good luck and happy writing!