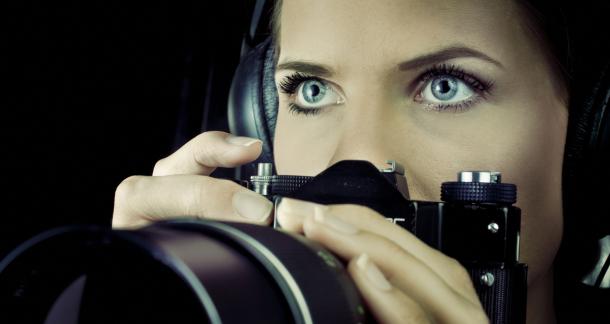 Grab a pen and paper and write out a list of ten crime authors you enjoy reading. Take your time. When you finish the list, quickly write down the first ten fictional detectives that come to mind. I did this exercise for the purpose of writing a different column and noticed something very strange. While the majority of authors on my first list were women, there were very few female detectives on my second. I had no explanation. Surely there were more female detectives I'd read about than Miss Marple and Nancy Drew. It was time to expand the diversity of my reading list. After a few hours of research, I found a slew of female sleuths and a shopping list of books to purchase. Here's five of my new favourites: 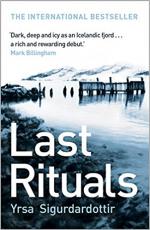 This lawyer-cum-detective is the creation of best-selling Icelandic crime author Yrsa Sigurdardottir. Over the course of six novels, Gudmundsdóttir tackles cases from her headquarters in Reykjavík while struggling to balance her life as a single mother with her challenging career. Most of the crimes have hints of the supernatural — cursed buildings, spooky folklore, dead bodies carved with strange symbols — and the gorgeous landscape of her home country features prominently. If you haven't dipped into the well of Nordic crime fiction, including Arnaldur Indridason and Viktor Arnar Ingolfsson, this is a good place to start. And for the record, author Sigudardottir raised two kids and worked as a full-time civil engineer while writing award-winning children’s books and best-selling crime novels as a side gig. Remember that the next time you catch yourself saying you haven’t got time to write. 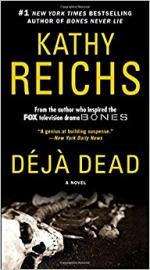 I had seen Kathy Reichs' crime fiction on the shelves at my local bookstore and her novel-inspired television show Bones kept popping up on my Netflix recommendation list, but I hadn't checked out either. Reichs is the real deal when it comes to crime scene analysis. She's a leading authority and professor in the field of forensic anthropology. She’s also a producer on Bones, which allows her to "keep the science honest." Her heroine, Temperance Brennan (‘Tempe’ to her friends and colleagues), is the spitting image of her creator. Brennan was first introduced in the Kathy Reichs' 1997 debut novel, Deja Dead, which won the Arthur Ellis Award for Best First Novel and went on to be a best-seller. The character is a brilliant, but flawed professional sleuth who has since appeared in 18 novels, several short stories, and made cameos in other Reichs novels. Most of the technical stuff in these books was based on real cases that the author worked on. You can't get stronger authority than that. 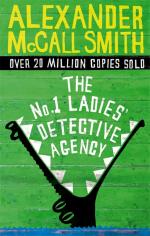 Not all literary female detectives are white, upper-class women with university degrees. Precious Ramotswe is the first female detective in Botswana and has no investigative training beyond her trusty copy of the fictitious guidebook, The Principals of Private Detection. Ramotswe is the protagonist of seventeen crime novels by Scottish author Alexander McCall Smith. Born and raised in present-day Zimbabwe, Smith has created a unique character in a fresh setting, exploring rural life, feminism, religion and traditional culture in southern Africa through Ramotswe's cases. His heroine opens a detective agency in her home country after receiving an inheritance from her father’s estate. Not your traditional crime fiction, the investigations usually involve infidelity and missing persons rather than gruesome killings. A lot of people avoid these books thinking they are 'cozy mysteries for middle-aged women.' But take a little break from bleak murders and hard-boiled cops to try an unconventional setting and some offbeat characters. You may be surprised what you pick up and your writing will thank you for it. 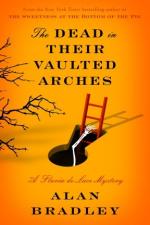 I’ll be honest, this character was a tough sell for me and I found the novels hard to get into. However, I regularly meet readers who absolutely adore these books and recommend them to me, so I felt young Flavia deserved a place on this list. Canadian author Alan Bradley wrote the first Flavia de Luce novel at age 70 after winning the Debut Dagger award from the U.K. Crime Writers Association, based on an early draft first chapter and synopsis. He has since sold millions of copies and churned out eight follow-up books featuring Flavia de Luce in as many years. The character is a brilliant 11-year-old amateur sleuth living in the 1950s who stops plotting revenge on her older sisters long enough to solve murders. Writing from a child's perspective isn't easy, but Bradley does a great job of resurrecting Sherlock Holmes in the body of a precocious little girl. Like Ramotswe's cases, these aren't complex crimes with unforseen plot twists, but rather tidy mysteries wrapped in a distinctive setting with an unusual protagonist. 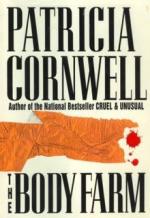 Patricia Cornwell has sold over 100 million copies over her crime novels. Twenty-five of those books are centred around the investigations of medical examiner, Dr. Kay Scarpetta. A woman of Italian descent living in modern-day Florida, Scarpetta does more field investigation and has more run-ins with bad guys than medical examiners in reality, but the character was inspired by real-life forensic anthropolgist Dr. Marcella Farinelli Fierro. Cornwell has a forensics lab set up in her own house and insists on learning the skills that Scarpetta performs — helicopter piloting, shooting guns, scuba diving — in order to write her novels accurately. The books have been the subject of film adaptation rumours for years, but recently Oscar-nominated screenwriter Phyllis Nagy (Carol, Mrs. Harris) has been attached to the project. Grab one before the film hype begins.

If all the crime fiction you read features divorced, recovering-alcoholic white dudes solving brutal murders, then that lack of variety will most certainly bleed into your own writing. Read outside the box with an open mind. Read books with different time periods, a wide-range of character types, new settings, and yes, even read other genres. You may not always enjoy it, but you will always learn something and your writing will undoubtedly improve as a result.