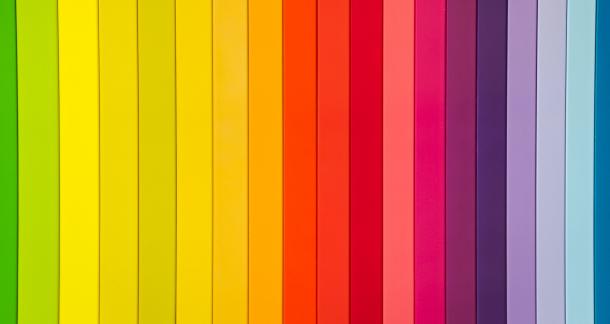 As a child of the eighties, my understanding of the autism spectrum came entirely from pop culture and the media: Rain Man, Bill Gates, the odd news piece. Autistic people were almost always men, usually children, hopelessly separated from society by their condition and barely able to function without assistance. Usually with a set of savant-like skills, sure—counting cards in Vegas or graced with superhuman technical abilities—but they weren’t normal. They were alien, the true Other.

I remember hearing the phrases “locked inside their own minds”, or “living in a world of their own”, and it always got me to wondering what that interior world was like. Did it have waterfalls? I bet it did. And that thought, that very literal interpretation, should have been a sign. It wasn’t.

I didn’t find out I was autistic until I was nearly 40, but by that time it didn’t carry the shock it might have decades ago, when I was a young, bright girl who “couldn’t possibly be autistic”. Once I started learning about the great spectrum that encompasses autism, a lot of my life suddenly fell into place. The way I’ve always struggled to understand others, and struggled more to make and keep friendships. The way I seem to live more in my head than other people (nope, no waterfalls). My intense sensitivity to things like particular sounds and lights, or being touched. My laser-sharp focus on those topics that interest me, and equally strong distaste for anything that doesn’t. There’s much more to it than that, but that’s not what I’m here to talk about today. Today is a beautiful spring day, and it’s Autism Acceptance Month.

As I looked back over my life, I took stock of the “bad”, those attributes that cause me to struggle in a neurotypical world, make me Other, but I also began to see the positives of living with a brain that’s not quite like everyone else’s. What I found was that many of the traits that autism has gifted me are the same traits that allow me to write.

I have a habit of studying other people. Friends, family, strangers, I pay attention to what they do and say, pick up their habits and mannerisms as a way of blending in. Even as a child, I knew I didn’t quite fit in, that I often said the wrong thing, but if I had a reference to mimic I could get by. I’m quick to pick up accents and will often mimic speech patterns in conversation. With a head full of “people” to draw from, it’s easy for me to create (what I’ve been told are) compelling, realistic, lived-in characters. I spoke with YA author and fellow autistic woman Jennifer Lavoie, whose experience has been much the same. “I had to observe people closely in order to get a better grasp on social expectations and acceptable behavior, and I think those observation skills translate well into my writing,” says Lavoie.

Hand in hand with mimicry go empathy and emotion. Autistics get a bad rap in this category, largely due to being misunderstood. Many autistic people do empathize, often more deeply than neurotypicals, but they do so in a way that can be difficult to comprehend. I often come across as cold or unfriendly, but the truth is I feel deeply. Recalling memories with strong emotions often brings that emotion back to me; remembering a heated argument will cause me to shake, my heart hammering like I’m in the heat of the moment again. When I focus on someone’s experience while trying to empathize, it’s not difficult for me to summon the emotions they’re feeling. And they can hit hard. If a friend experiences loss, I might be even more inconsolable, experiencing that loss myself by reconstructing their pain in my own mind. Anything my characters experience, I experience first, either in real life or the depths of my mind.

If you’re lucky enough to know an autistic person, you’re likely familiar with the idea of special interests. This is a rather juvenile term applied to the intense devotion autistic people can have for a particular subject, hobby, career, or even person. If we get animated talking about something, it’s likely a special interest. Yes, that’s what’s happening when I’m going on about dinosaurs for 45 minutes without taking a breath. Ahem. When something piques my interest, I throw all my resources into learning about it (to the detriment of all else, at times). Seeing as how research is critical to writing, the irrepressible urge to plumb the depths of a subject is certainly a boon.

Hyperlexia, or the “child’s precocious ability to read words”, is common in the autistic community. I was reading before I started kindergarten and was both reading and spelling well above my grade level once I began attending school. I won spelling bees without ever practicing (but also had a tendency to throw them because I couldn’t stand the sensory hell of being on stage for that long). Hyperlexic people are fascinated by written words, but often struggle with verbal communication; I’ve written eloquent stories suitable for publication but when I open my mouth the words just kind of fall out in a barbed clump. Blogger Lena Roth echoes these sentiments, saying that thanks to being hyperlexic she always nails spelling, grammar, and punctuation on the first try.

As with special interests, it’s difficult to tear an autistic person away from the task they’re trying to accomplish. When I decide to do something, I knock it out immediately. The vast majority of my short stories are written in one or two drafts, completed in one day. Lena Roth says she is consistently able to knock out a nearly-polished essay in about 25 minutes. I simply cannot stop working, and if I am forced to I often can’t come back with the same enthusiasm or focus I initially had. Conversely, when faced with something I don’t have an interest in, or don’t want to do, I will drag the process out as long as possible. Unfortunately what this also means is that writer’s block, when it hits, is a particularly savage beast for the autistic writer.

Any writer you ask will likely tell you the secret is to write every day; get your routine down. I am an unapologetic creature of habit—any deviation from my daily routine requires a thorough explanation and is often met with suspicion and disapproval—and when I’m in a writing cycle it’s second nature to sit down at my computer and start banging out words at the same time every day. Cue the Earl Grey and gin! Much like focus, though, when my routine is disturbed I become an unproductive puddle of goo. I moved to Los Angeles five years ago to focus on writing, but the move so disrupted my comfortable, familiar writing routine that years later I’m still struggling to piece a new one together. Writing outside of my routine is done grudgingly, almost maliciously, as if I’m trying to punish the words flowing from me.

Putting in the Time: How Taking Creative Control Helps All Aspects of My Life

Parts of this very much echoes my own experiences. Growing up with Asperger's Syndrome I was and still am an outsider attempting to fit in to a world which has so many rules which don't make sense or seemingly justify their validity. I'm pleased that there are others who have managed to negotiate their paths successfully, so well done on getting to where you are now and thank you for helping to blaze a trail of understanding.

April is the cruelest month, and hard to keep a routine going while hiding from the blue spotlight. For myself, I'm trying to navigate between foregrounding disabled characters and being relegated to the "special needs" ghetto.