Writing Horror Without the Blood 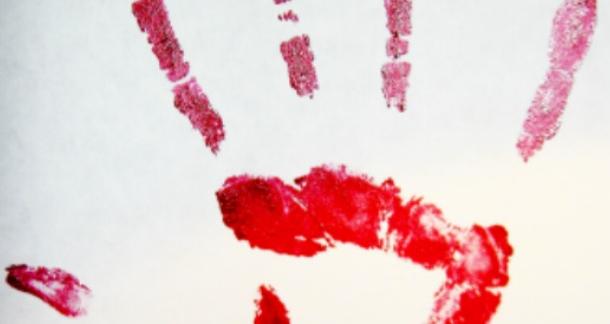 Sometimes, when people find out how involved I am in the horror industry, they’ll make a grossed out face and tell me they hate horror. The statement is usually followed with something like, “I can’t stand all the blood and guts.”

First off, never associate with somebody who says they hate horror. They are probably already dead inside. But if you must, at least point out that horror isn’t just about the blood. Think of horror as a delicious cake, and blood as the sprinkles that make the cake look prettier.

Does horror need blood to be scary? Absolutely not. What makes horror scary and interesting isn’t how gory the details are—it’s the ideas and concepts that should freak people out the most. That said, blood isn’t entirely useless, but it depends entirely on how the blood is presented and how the reader reacts to it.

I was on a panel last month called “Writing Horror Without the Blood” at the Imaginarium convention in Louisville, Kentucky. Also joining me on the panel were Herika R. Raymer, Brick Marlin, and Lori Michelle. The panel went well enough. The audience was pretty small, so there wasn’t a lot of questions, but the ones we did receive were well thought out.

I think we can all agree that blood is plenty sexy. However...When it comes to psychological horror, sometimes it’s best to focus on atmosphere instead of gore.

It’s not the most complex topic by any stretch of the imagination. Any avid horror fan already knows that blood isn’t the ultimate ingredient that makes something truly scary. But horror has this stigma sometimes, held by outsiders, that views the genre as nothing but a bathtub of bubbling, delicious blood. And while that does sound awesome, that isn’t what the only thing the genre is about.

Horror is meant to get your heart beating. Forget coffee and cocaine. There is no stronger upper in the world than fear. You are never more awake than when your entire body is consumed by fright. This is why so many of us are obsessed with rollercoasters and other “thrill” rides. It’s invigorating. It’s intoxicating. Fear can be a beautiful drug if you take the right amount.

One of the questions on the “Writing Horror Without the Blood” panel was how, exactly, you invoked horror without using blood. My answer was: the same way you’d write a story with blood—by building atmosphere. Most stories without blood are usually psychological horror. What makes most psychological horror stories so great is a well executed atmosphere.

But how does one build atmosphere? It can be difficult, but so can everything else in this writing game. If it was easy, then everybody would be doing it.

Atmosphere is best built slowly and with care. You must plant your reader into the story, as if they are dreaming and they believe the world around them is real, despite how surreal that reality starts to become. You must write the typical to set-up the atypical. Throw in sentences that imply the strange and unknown in the middle of paragraphs that would otherwise be normal and safe. Twist normality into abnormality. Turn your perfect suburbia into your imperfect hell.

During the panel, I listed Ira Levin’s Rosemary’s Baby as a perfect example of horror (without the blood) done right. This novel took a simple, normal idea—pregnancy—and twisted it into a decayed stage of awfulness by making the main character’s baby actually be the spawn of Satan. Rape is already horrible, but being raped and impregnated by the Devil is so insane and terrible, how could you not be scared?

But Levin doesn’t stop there. No, because the cult responsible for this ugly deed aren’t even close to done. The idea that multiple persons are at work in a conspiracy to steal your baby is pure psychological horror at its prime.

Now, I’m not saying horror shouldn’t have blood. I think we can all agree that blood is plenty sexy. However, there are always other ways to go about writing horror. When it comes to psychological horror, sometimes it’s best to focus on atmosphere instead of gore.

Think of The Twilight Zone. How many episodes can you remember that featured heavy amounts of blood and violence? The Twilight Zone was one of the best creations I’ve ever witnessed, and it mostly relied on concepts and surreal atmospheres.

Reality is whatever the writer makes it. Use the world to your advantage.

Turn it into your own twisted little playground.

I stopped reading when you assumed everyone who dislikes horror dislikes it because of blood and guts. I understand what he's saying, thank you very much.

Did you not read the whole article? He is saying most outsiders consider horror to be just blood and guts and it is much more than that. So before you criticize, make sure you fully read.

I did actually, I rest the rest of it.

Edith Wharthon wrote some of the best ghost stories and they were all psycological horror. Like the author says, horror is about atmosphere and suspence. While the movie "Silence of the Lambs" has more than enough gore, the scenes with Anthony Hopkins standing alone in his cell are off the chart on the creep-out meter.