Things are still simmering, still escalating in some pockets of this country, and yet, we’re still trying to write stories, pour ourselves into our work, and create original, believable fiction that resonates with the public. How can we do this when truth is stranger than fiction? How can we tap into horror when we’re already surrounded by anxiety and fear? How can we rise up and continue to be creative when the pandemic still looms? Here are some ideas.

One of the things that is helping me right now is the idea of hope. When I was truly worried, when I was mentally, physically, and emotionally drained, I had nothing to give to my work. Now that I’m starting to feel like things might be okay, or at least dialed back from an imminent apocalypse, I’ve allowed myself the time and space to hope, and dream, and embrace peace. So put that into your work.

I wrote a column on “hopepunk” a while back, and that’s something you can do right now. Don’t be afraid to go back into the shadows, to write horror, to tap into your primal fears, as long as you get the reader through it with vengeance, hope, and consequences for the villains in your work. Now would probably NOT be the time to lean into more violent, bleak, and oppressive work. I personally can’t stomach it right now, and may never get back to that level of tolerance or desensitization again. And maybe that’s okay. It’s what drove my story, “How Not to Come Undone,” and it’s what gave my novelette, “Ring of Fire” its impact at the end (IMO), getting it onto the Preliminary Bram Stoker ballot. Try it out and see if it helps you to finish a story—the light at the tunnel might not be a train bearing down on us, but perhaps a flashlight helping to guide us up and out of the darkness, back into the light.

...the light at the tunnel might not be a train bearing down on us, but perhaps a flashlight helping to guide us up and out of the darkness, back into the light.

When I think about the work of Clive Barker, I know a lot of people like to talk about the Books of Blood and the Hellraiser franchise. And that’s all fine and well. The movie is a classic, and it taps into the pain/pleasure dynamic with authority, humor, and allure. But my favorite book of his is actually Weaveworld. Next to Perdido Street Station, I think Weaveworld is probably one of the most immersive, magical, inspiring, and tragic books I’ve ever read.

One of the best ways to find a break in your horror is by taking us to a quiet place of reflection, to show us the magic in the otherwise bleak landscape, to create a sense of wonder at the flora and fauna that can survive in darkness. There has to be a threat, yes—if there are no stakes, and we never feel that our heroes or protagonists are actually in danger, then it won’t work. There must be setbacks, loss, and suffering along the way. They have to fail, for sure. Think of the Game of Thrones television series and the major characters that die early in that series. Once that happened, we knew anything could happen. Same for Avengers: End Game, right? But if you can help us to survive those horrors, by planting seeds of magic and wonder along the way, then this can help us to tolerate the madness. I think of The Crawler in Annihilation, as well as The Weaver in Perdido. Cast spells, work rituals, open portals—and then run the gamut of emotions.

I use the “phoenix out of the ashes” saying, and that’s something we can tap into now as authors, the voices behind the work, as well as the characters in our stories. For now, let’s think about who we are as individuals. What has changed in your life over the last four years? For the better and for the worse? What has stayed the same? For the better and for the worse? Who are we now? Where are our priorities? I can only speak for myself, so let me do that.

I no longer allow myself to be the missing stair. Too often in the past I let somebody else do the dirty work of calling somebody out, preferring to stay quiet, out of a fear of that public action blowing back on me. It’s not that I didn’t cut people out of my life, or talk to them privately, or do my best to right any wrongs. But I did so privately. No more. When I see somebody lying, stealing, or being abusive, I name it and shame it. I call out homophobia, misogyny, sexism, racism, and any other act of bigotry, hatred, or violence. I have unfriended and blocked friends on social media, I have cut ties with big name authors, I have pulled stories from anthologies and publications that I was going to be in, and I have talked about it in public. I also have pushed hard to be more inclusive, to read wider, to make sure that ANY marginalized person or group knows that they have my full support.

How does this affect my writing? I’m much more aware of what I’m doing, where I come from, and how that might play out. Some examples. 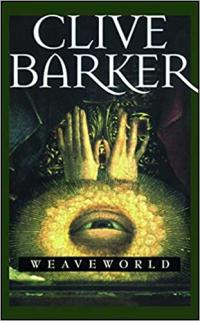 Recently a friend asked me about a story they are writing. They were concerned about one aspect of a character, as they didn’t have that trait personally, and weren’t sure if they had a right to tell the tale, and if they did, were they doing a good enough job. I gave them my advice, but then also said that as a SWM I might not be the right source, and encouraged them to reach out to somebody better suited to address the issue. Whether it is race, gender, culture, sexual orientation, or religion—if you need a sensitivity reader, by all means,  ask a close friend, or hire a professional. And then adjust your story as needed.

When writing the aforementioned “Ring of Fire” for a seven deadly sins anthology where I was assigned lust, I knew it was going to be tricky. I didn’t want to come across as misogynistic or sexist in any way. I didn’t want to be manipulative. I knew my protagonist was a bad man, and that we NEEDED that bad man to be the catalyst for change that the story required, but it was not easy. I have never written, deleted, re-written, expanded, re-written, deleted, and then written again as much as I did in that story. I looked at those three scenes in the story that were problematic, and studied the emotion, tone, and feeling before and after them. I dialed those moments back. I turned the camera away. I found other ways of saying something. It was not easy. But it was essential. At the end, the entire hopeful denouement was an epilogue I didn’t see coming—but that was also crucial.

I have two new stories coming up. I’m on deadline for them, and have a novel in the works as well. I have been thinking about them all for months. Partly paralyzed by the horrors around me, partly just drained and empty with nothing to give, I am constantly thinking of how I can make these stories horrific without losing my readers, dark while still retaining hope, visceral without losing the wonder. I’m struggling. But I’m aware. I’m trying. And that’s the first step, right?

Get Weaveworld at Bookshop or Amazon

Get Perdido Street Station at Bookshop or Amazon

Storyville: 10 of the Scariest Books I've Ever Read