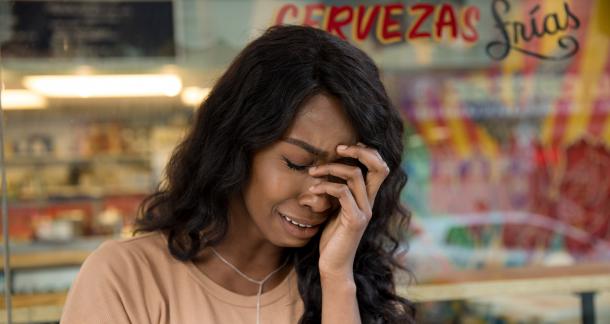 As an editor, one of the most common mistakes I see in manuscripts is the failure to express character’s emotions in a compelling and convincing way. This article offers a few tips on how to do so more effectively. Start by printing out your manuscript and highlighting any areas where characters are feeling particular emotions. Clearly identify what those emotions are in the margins. Then ask yourself the following questions:

1. Am I showing or telling here?

Go through your piece and look for emotion words—angry, sad, jealous, anxious—and underline them. You shouldn't have to tell us what each character is feeling directly. Instead, in each case, provide external signs of the character’s emotional state to show the reader how the character feels. For example, instead of writing, “Mary was angry at her father’s decision”, have her express anger through her movement and speech. If she shouts at her father to go to hell and storms out of the room, you don’t need to tell us she was angry. Cut these emotional crutch words and replace them with appropriate actions and dialogue.

2. What is their body doing?

Cut...emotional crutch words and replace them with appropriate actions and dialogue.

Use accurate body language to add nuance and complexity to your characters’ emotions. Too often writers default to characters ‘smiling’ and ‘nodding’ to punctuate dialogue. I recommend watching one of your favourite scenes from a film or television show. Actors express feelings for a living. They have a lot to teach writers about how to physically show, rather than tell when it comes to emotion. During the first viewing, pay attention to the dialogue. Make note of the emotions each character is expressing. Then, play the scene again without sound. Watch for the subtle changes in their head movements, facial expressions and their hand gestures. For each emotion expressed in your manuscript, add those movements to reinforce them. And remember that characters, like us, may not say things that clearly express their emotions, but their body language will often give them away.

3. What are their insides doing?

How did you feel before taking a difficult test in school? Upset stomach, dry mouth, whirling thoughts. Anxiety has specific internal symptoms associated with it. Look at each emotion expressed in your work and use corresponding sensations to show us how your character feels. But don’t overdo it. You don’t need three sentences of butterflies, headaches and goose pimples for every emotion. One strong sensation is always far better than several weak ones. If you’re having trouble thinking of the symptoms, try an emotional thesaurus or look to emotional writing guides online for examples. But it's always better to rely on your own lists than using a pre-fabricated cheat sheet.

4. Is this reaction cliché?

Don’t have every frightened character’s heart pounding in their chest with goose pimples rising on their arms. Yes, these are classic physiological signs of fear, but they are often overused. Fear, like every other emotion, can manifest itself in a multitude of possible physical reactions. Get creative. There are better non-verbal ways to show emotions than hackneyed examples. Perhaps the scared protagonist’s blood drains from their face, their muscles tense in preparation for what might be coming, and they have trouble thinking clearly. Or consider an emotional tick specific to that person—fiddling with a watch or ring that has some sentimental significance, for example. Whenever you read great books, look for unique expressions of emotions and start a list on your laptop that you can refer to when you find yourself stuck.

You don’t need two whole paragraphs of a character throwing things with trembling hands while yelling as you tell us ‘rage swept up through her’ in order to convey that she is angry. Less is often more and this type of overcompensation will frustrate the reader. "We get it, she’s really pissed off. Enough already!"

6. Is this the right emotion?

There is more to fiction than characters being happy, sad, angry and afraid. In order to elicit emotion from readers, the characters have to go through a wide range of emotions. Don’t forget about the complexity of human thought. A character dealing with the death of a loved one who had been ill for a long time may experience a myriad of emotions beyond sadness—relief, shame, anxiety, loneliness, depression, fear. And these feelings may be happening all at once, or flashing from one to the other in rapid succession. Upon the death of the loved one, a character could laugh maniacally in disbelief, then lash out at an inanimate object before collapsing in tears. You can also surprise your reader with the emotions felt by your characters. By showing us feelings we least expect, you can intrigue us and keep us turning the pages.

Kedzie from Northern California is reading The Things They Carried by Tim O'Brien July 18, 2018 - 11:24pm

Fantastic article! Thanks for this!

How did you feel before taking a difficult test in school? Upset stomach, dry mouth, whirling thoughts. Anxiety has specific internal symptoms associated with it. Look at each emotion expressed in your work and use corresponding sensations to show us how your character feels. Routerlogin

If you are a writer then it is your responsibility to express your character perfectly. you have to express all the emotions according to the situations. you can not impose any situation and any condition on any character and they can visit https://www.rushessay.com/ for more info. This thing is very important for your article to your book.