Writing Dystopian Fiction When the World Is Going Mad 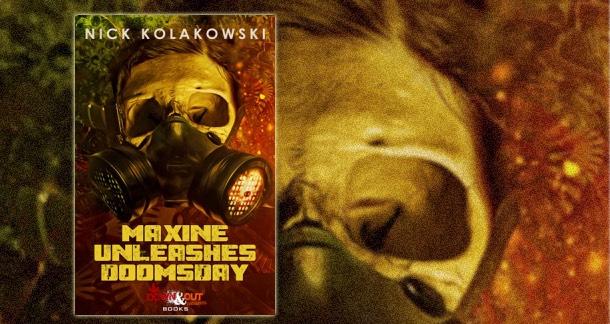 Not because it’s hard to imagine crazy, whacked-out scenarios for the End Times (and everything after). The problem is, given the length of time it takes to write a book, reality can catch up to your vision—and force you to make some hard decisions. Do you re-write what you’ve done, trying to make things even crazier? Or do you leave things how they are, and embrace how closely your fictional narrative is bending to the real life happening outside your window? 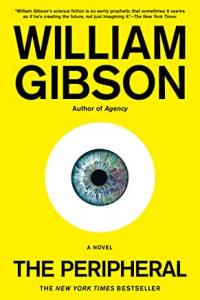 It took me three years (off and on) to write Maxine Unleashes Doomsday, which mashes together elements of rural noir and dystopian thriller. When I began, in ye olden days of 2014, I was worried at moments that I was going too far; by the time I was putting on some finishing touches at the very beginning of 2019, I was worried I hadn’t quite gone far enough.

I suspect there are other writers facing a similar conundrum. William Gibson, for example, has always been seen as a literary diviner of sorts; his 2014 novel, The Peripheral, features not one but two future timelines. At its core, there’s the idea that political chaos and climate change will lead to the slow degradation of civilization in the mid-21st century—an apocalypse so slow that hardly anyone notices until it’s too late. There are also a lot of killer drones.

In 2014, many of Gibson’s ideas seemed at least somewhat abstract. Five years later, with the Amazon burning and Greenland melting, and with many Western democracies embroiled in some combination of buffoonery and corruption, those ideas have adopted the sharpness of reality. I suspect Gibson would laugh and wave off the idea that he’s an oracle—but he does have an uncanny grasp of what’s coming.

In a similar vein, you have Rob Hart’s The Warehouse, which takes place in a dystopian future in which one mega-company, Cloud, has taken over the majority of America’s commerce. Those who work in Cloud’s massive warehouses also live in the attached housing units, where they’re constantly monitored via a wristband. Cloud’s workers are subjected to conditions similar to what real-life Amazon warehouse employees already endure: if you don’t spend every moment of your shift rushing packages onto the proper conveyor belt, you risk termination. And given the scorched landscape outside of these facilities, getting fired can mean literal death.

There are a lot of fantastical elements, but ultimately The Warehouse offers a dystopian vision that’s only a few tweaks away from what’s going on right now. “A lot of my research confirmed what I thought going in, which is that capitalism is not really working anymore,” Hart said in a (crowdsourced!) interview with LitReactor right when the book came out. 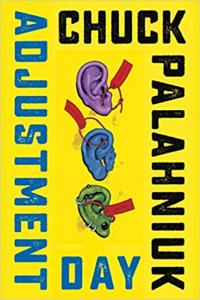 Then you have Chuck Palahniuk’s recent Adjustment Day, which—like many of his books—offers a world that’s just a slightly more cracked version of our own. Seriously, some days I feel like we’re a couple of homemade IEDs and a televised manifesto or two away from undergoing the bloody chaos that he presents in that book—but like Gibson in some ways, Palahniuk has always been a most excellent cultural prognosticator.

Which brings me back to my earlier point about achieving the right balance when writing a dystopian novel. On one hand, your creative instincts might tell you not to get too outlandish—but with reality seemingly doing its best to stay weirder than fiction, it’s hard to tell where that line actually is. When I re-read the first draft of Maxine, nearly a year after I shoved it in a drawer, I was surprised to find that my vision of 2040 was far too tame, and not just because of a fading “JEB 2016” poster that I’d placed on a diner wall (sometimes the deletions practically make themselves). The United States in that early draft was basically in the same form as today, plus some sophisticated drones and a bit more lawlessness on the highways between New York City and the Canadian border.

That wouldn’t do. As long as the central characters were grounded, with logical arcs, I figured I could go back and get a little more over-the-top with the world-building. For starters, I replaced that “JEB 2016” poster with a President Trump one; as I did, I mused that, if I’d published this book in 1999 or 2000, someone would have accused me of being too weird and outlandish in my choice of fictional Presidents.

On top of that, I threw in some trash-talking artificial intelligences, Native American tribes with stolen nuclear weapons, a flooded Manhattan, and the complete erosion of the United States into a bunch of warring city-nation-states. It’s all pretty weird, and hopefully compelling, but ultimately anchored by the emotional relationship at its center—that’s the realness that the reader needs.

And hey, at this point, I’m in no position to say any of what I predicted won’t happen.