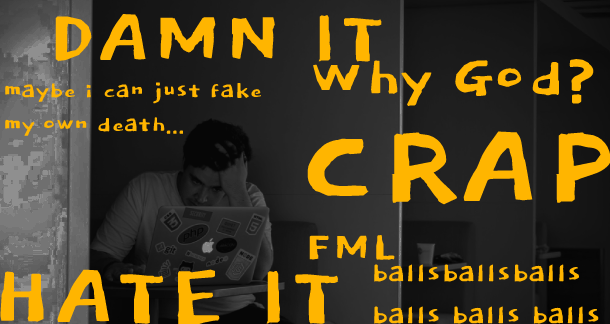 You’re not a writer, but you have to write something.

You’re a best man, you’ve got to say a few words at a funeral, you’ve been asked to write something up to promote your business or to say a few kind words about someone.

I've got a few quick tips that'll guarantee you won't embarrass yourself.

What Do I Write About?

Okay, so you’ve got your assignment. What do you say?

Here’s the best advice I ever got. I’m giving it to you up top, just in case you’re not inclined to read this whole column:

Imagine you’re meeting up with a good friend, the kind of friend you only see every couple of years, but as soon as you see each other, it’s like old times.

That’s what you write.

Try it out if you have to. Have a couple beers, and pretend you're talking, out loud, to a friend.

The Magic of One Incident

Don’t write your best man speech with general shit: “He’s a good guy, he’s always there for me.”

Instead, replace the general with one specific incident: “Here’s what happened the time my car broke down and Jeff came to my rescue.”

It sounds weird, but it's easier to explain the whole of something or someone through one small, specific instance. It gives you more places to go in the piece. It gives the thing a beginning, middle and end.

This is the difference between writing a story ("So there we are, stuck on the side of the road...") and writing about ongoing action ("Jeff is the kind of guy who likes to help out").

Don't tell me about a general vibe. Tell me a story.

Knock Out The Rough

Go ahead and procrastinate, just do it LATER.

Don’t wait until the day before your piece is set to run to get started. Instead, bang out a complete rough version, fast as you can, early as you can, then let it sit.

This gives the piece time to roll around in your brain, same way a rock tumbler polishes a stone.

For all you non-dorks out there who got real presents instead of nerd presents, a rock tumbler takes a rough-edged rock, rolls it around in sand for a few days, and out pops a polished thing of beauty.

Your brain will do the same thing. If you can push out that rough rock of a draft, your brain will tumble it around while you’re in the shower, when you take a walk, while you sit at a stoplight.

But if you don’t get a rough version out there, your brain’s got nothing to tumble.

Get that rough material down, then let your tumbler do the rest. It makes the process a lot less painful. Hurts less than sitting in front of a blank page two hours before the damn thing is due.

The First Lie: Lots of folks who don’t write much try and write each and every sentence perfectly as they go. I get it, the idea is “If I do this right the first time, I’ll only have to do it once.”

Don’t fall for that. It never works.

Instead, get that rough version, then punch it up. Get the basics down on paper, almost like an outline, then refine it, make it funnier at the funny parts, sadder at the sad parts, cut out the boring parts, and clear up anything that doesn't make sense.

The Second Lie: Non-writers (and some writers who don't know what they're talking about) are sometimes convinced that doing too much revision and drafting will somehow take the soul out of the thing, like a piece that’s been worked will lose its rough edges, which make it special.

Trust me, “overworking” a piece is not writerly wisdom, it’s an excuse to half-ass the thing. The rough parts aren't what make your piece raw and unique.

Draft number five will be better than draft number one, always, every time, forever and ever amen.

What To Look For

How do you edit something? How do you punch it up?

Read it out loud. Like, REALLY loud, like you're in a big room with a bunch of drunk people and the microphone doesn't work.

If something doesn't sound like you, then it needs to change.

Try and take out any verbs that end in "-ing." Yes, I'm being picky, but trust me, it works.

Look for things that aren't clear. Make them clear.

Cut for length. Unless there's a length requirement, shorter is always better.

Always In Your Pocket

Print your latest draft, double spaced, one-sided, and carry it with you, always.

Great writing gets done while you wait in a line, between sets at the gym, while you wait for your food, when you show up early and have to kill some time.

That time you’d normally kill on your phone? Kill it with your piece. Just for a few weeks.

And really, print it out. You can have it on your phone, but your phone also has all this other great stuff that’ll be WAY more enticing than your piece.

When it’s time to wrap up, end with anything but “And what I learned is…”

The second-best piece of writing advice I ever got: when in doubt, go on the body.

What this means is, when you get stuck, give me a physical sensation. Heat, smell, touch. Touch is huge.

Lots of folks will go to something else when they get stuck. Dialog, scenery, all that shit. None of that captures someone's attention like a physical sensation.

If you’re stuck, write you way out with something physical, close, and intimate. Your body will never steer you wrong.

Instead of the old saw about “show, don’t tell,” I’m going to give you a specific directive:

When it’s time to wrap up, end with anything but “And what I learned is…”

That phrase is the sign that you’re telling me something that you should’ve shown. Or that you’re not trusting the audience to pick up on your point.

By the end, I should know how you feel about someone or something, or I should have a pretty good idea why you’re writing the piece without hearing a thesis statement.

End on a physical gesture. End on another small, specific thing. End with an on-the-body sensation. Anything but a “and the moral of the story is…” or “in conclusion…” or “I learned that…”.

Leave me with something that sticks.

Smell the sawdust in your grandma's workshop one last time. Bite into your uncle's famous homemade pizza.

Hell, squeeze my balls, with love or with anger. Either way.

Get Writing Tools: 50 Essential Strategies for Every Writer by Roy Peter Clark at Bookshop or Amazon

Get Damn Fine Story: Mastering the Tools of a Powerful Narrative by Chuck Wendig at Bookshop or Amazon

Book Breakup: Tell The Story, Break Up With A Bad Book