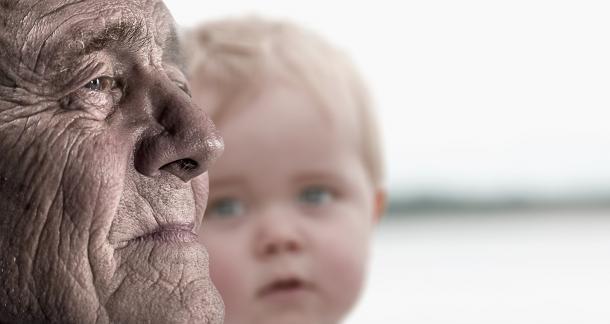 It’s close to my birthday, which means:

This year, I looked back at three pieces I wrote in college. I was a baby writer in college, just starting, and it shows.

Which is perfect because I’ve cracked the code on giving writing advice. See, most people get pretty defensive when it comes to writing advice, but in this case, I’m giving the advice TO MYSELF. I’m not saying YOU need to cut out the drinking and drugs, I’m not telling YOU that YOUR graphic diarrhea sequence doesn’t work. I’m telling ME that.

But hey, if you happen to learn something by listening in on the advice I’m giving myself, all good with me.

This is a short story based on the best kind of true story to turn into fiction, which is a story that you heard from your friend, who heard it from his dad, who’s a cop. Cop Dads have their pluses and minuses. On the minus, you go to a graduation party, and Cop Dad wrestles a high schooler to the ground and handcuffs him because he thinks that’ll be enjoyable. It’s not. On the plus, Cop Dads tell the most fucked-up stories.

Here’s the real NyQuil rat poison story: Cop Dad responds to an emergency call where a woman ate a bunch of rat poison and then chugged NyQuil. The idea was that she’d kill herself with the poison, and she’d be in that blissful NyQuil sleep while her body shut down. Unfortunately, she downs both, wakes up, feels fine, and dials 911. In the ER they discover that the rat poison already went to work and destroyed her insides. Somehow the NyQuil interacted with the poison and made it so that while the woman was dying, she wasn’t in a lot of pain (yet), and the NyQuil was making the process slower. So this woman was fully upright and functional for the next few hours, she knew she was doomed in a very immediate way, and there wasn’t a damn thing to be done about it.

The story I wrote was basically that, but longer and more graphic. 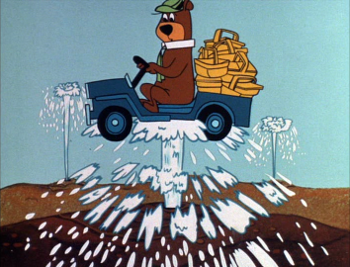 The part of the story, the fictional story, that people commented on most was a section where I described the woman starting to fall apart and have some pretty serious diarrhea in the car. The character described her diarrhea as so powerful that it felt like a jet lifting her off the seat, like a Bugs Bunny cartoon where Bugs was in his rabbit hole, Elmer Fudd stuck a hose in the hole’s other end, and Bugs came shooting out, seated on a geyser.

I’m still mildly proud of Past Pete for this because it’s genuinely disgusting.

Young Pete, This isn’t a bad setup for a story, but it’s not really a story. I know you heard this tale and were really excited to put it on paper, but next time, maybe just let it roll around in your head for awhile until it connects to something that’s more like a story. If you’ve got a wild story, connect it to something commonplace. If you’ve got a very believable, common story, connect it to something wild. Those bridges make much better stories than the landmasses at either ends. Maybe the story has something to do with Cop Dads telling fucked-up stories. Maybe the woman had a cop dad, and the one story he didn’t tell her was about this NyQuil/rat poison lady, and maybe there’s a reason he never told anyone...

Oh, and the ending where the character just sort of dies is lazy and boring. Ending a story at the moment of death is the ending equivalent of starting a story with a morning alarm clock or a character’s name.

Okay, Panic! at the Disco, with the long titles.

This is a short story about a kid who had a terrible head injury because his father dropped him in a bathtub. As he grows into an adult, his sense of time gets all fucked up, and for him time doesn’t have a linear order. In other words, he experiences events, and he can remember them, but if you took one event from each of the previous 10 days, wrote it on a notecard, and asked the main character to put the notecards in order, he’d be completely unable. Somehow, this fucked-up headspace makes him able to create music that causes people to actually feel the sensations and feelings being expressed. He can write music that makes people smarter, or music that makes the listener appear handsomer to others.

I know that’s already a lot, but I made it even more over-the-top by writing the entire story, then breaking it up into non-chronological order so the reader would experience the world the way this musician does.

When you’re describing a confusing, hallucinatory, odd experience, don’t try and make it feel, to the reader, like they’re having the experience. Don’t write inner monologue that gets more and more sloppy as the person gets drunk in order to make the reader feel like THEY’RE drunk. Don’t change the font colors to make it seem like people are sharing a drug trip with the character. Don’t blur the text to simulate a character losing their sight. The reader won’t feel drunk or high or whatever, they’ll feel like they’re reading a frustrating story.

Making art is about taking an experience, an emotion, or whatever, and translating it so that other people can understand it. Trying to do that by giving the reader the same experience doesn’t work. If someone wants to feel drunk, they can do that by drinking. Duh.

The other hard truth I need to sell you: readers aren’t going to go pore over your story with a finger pressed hard into the page until they finally “get it.” Don’t count on someone working really hard to understand your story. You can make puzzling things happen, you can do unusual stuff, but give the reader a foothold. You can get away with a lot in a fiction class where everyone in the room is required to read your work. But this sort of story doesn’t fly in the real world.

...this one time there was a weird, yellow fog all over town that turned out to be smoke from a fire that tore through an entire warehouse at the lamb plant...

This was my first writing success, an essay about my hometown. I got an Honorable Mention at the school lit awards, but I lost to some lady who wrote some bullshit about reading books in the bathtub and studying abroad or something. I’m not bitter that I lost, I’m bitter that I was punished for losing by being forced to listen to this boring-ass bathtub essay read aloud.

“Starry Night Over Greeley” is a little emo, but it's a 21 year-old's essay about reconciling the mixed feelings that come with growing up in a home town that was generally nice but also this one time there was a weird, yellow fog all over town that turned out to be smoke from a fire that tore through an entire warehouse at the lamb plant, and for three or four days everyone was breathing in incinerated sheep skins and wool. Emo is understandable.

The essay hits its stride maybe 20% of the way in, and you can do without everything before that.

I know you worked hard on it, and the beginning isn’t bad, it’s just not as good as what comes after. Writing isn’t like algebra: you don’t need to show your work. Yes, you had to write that intro section to get to where you ended up, but that doesn’t mean you had to keep it in the final draft.

Start as close to the end as possible. Be more willing to let go of stuff. You’re a person who writes more than you need. Cut, then cut a little more than you think you need to.

Advice For You, Reader

Sometimes, when I remember my old work, I start feeling like I’m losing my touch, like I used to be so creative and alive in my youth, and now I’m a shriveled jerky rod with no ideas and no flare.

When the work is in front of me, when I can look at it instead of remembering it vaguely, I can see that I’ve come a long way.

My advice for you, when you hit a birthday, look back at something you wrote during a period you think of as your early days, a time that feels like your energetic, writing youth. After looking, you'll be happy to be the writer you are today, trust me.

And if you’re not? If you feel like that old stuff is better? That's motivation to get to work. If you're a worse writer today than you were in college, when you wrote about a diarrhea geyser, that can only mean you need to apply ass to chair, pen to paper, and write SOMETHING.

Get Letters to a Young Writer: Some Practical and Philosophical Advice by Colum McCann at Bookshop or Amazon

Joshua Chaplinsky from New York is reading a lot more during the quarantine November 15, 2021 - 8:04am

Story sounds great to me. I feel attacked.

Community Manager
helpfulsnowman from Colorado is reading But What If We're Wrong? by Chuck Klosterman November 18, 2021 - 9:11am

I'm glad that old story could still help me personally attack just one more person. It's like seeing a very old dog fetch a ball one last time.

This may be a valuable tool for writers. Using an essay writing service (but before reading evaluations of a firm like https://topwritingreviews.com/) might help you wow your lecturers. To begin with, be sure you're conversing with the right people. Take a look at what others have said, and then give it a go for yourself. Hiring a well-known academic essay writing service is a common means of achieving this goal. Regardless of whether you already employ support staff, make sure you choose the suitable role for you. Additionally, they must be able to carry out their professional duties with a high degree of fluency in English. As a writer, your support team is there to help you overcome any obstacles you may face.