Writing a Novel With Save the Cat! 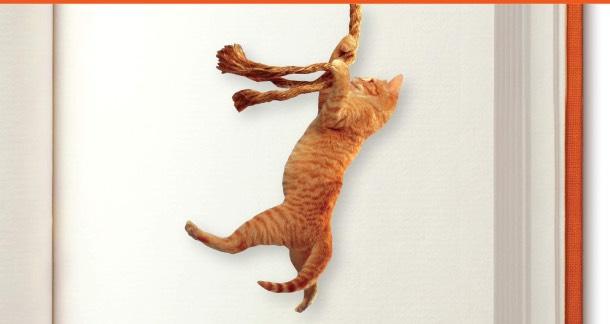 There is no right way or wrong way to write a novel. All you have to do, as Neil Gaiman once said, is “Put one word after another. Find the right word, put it down.”

But even though there is only one way to write a novel – actually writing it – there are multiple strategies for plotting your novel. Outline? No outline? Pantser? Methodical plotter?

In addition to the never-ending plot-or-pants debate, there are some who suggest framing your novel with structural devices. I’ve read quite a few books on how to write, such as Stephen King’s On Writing, or Anne Lamott’s Bird By Bird. I also enjoy books on the actual construction of a novel, such as Larry Brooks’ Story Engineering: Mastering the 6 Core Competences of Successful Writing. Recently I started reading Jessica Brody’s Save the Cat! Writes A Novel: The Last Book on Novel Writing You'll Ever Need, given a few writer friends of mine have recommended it.

Even though there is only one way to write a novel – actually writing it – there are multiple strategies for plotting your novel.

I had heard the term ‘Save the Cat’ a few times, and so went digging for its origin. The Save the Cat method actually begins in screenwriting with Blake Snyder, an American screenwriter, educator and consultant. In 2005, Snyder wrote Save the Cat! The Last Book On Screenwriting You'll Ever Need. In Snyder’s Save the Cat method, he stressed the importance of structure. The title actually comes from something nice the protagonist in Alien does—when Sigourney Weaver’s character Ripley saves a cat. Snyder says this is the moment the audience is introduced to the protagonist of the film, and thus connects with their hero. Synder’s original method outlined 15 beats, or pivotal moments, needed to move the story along. Ripley saving the cat was such a beat, and according to Synder, helped make the movie a success. Synder would eventually go on to write a book series based on this method, including Save the Cat! Goes to the Movies, Save the Cat! Strikes Back: More Trouble For Screenwriters to Get Into…and Out Of, and additional material, workshops and consultations. Synder died in 2009, but the popularity of his method continues. Brody introduced her version in 2018 for novel writers.

Brody took the learnings from Snyder and adapted them to the novel form. Brody breaks down each of the 15 beats and goes on to reveal what she claims are the universal story genres. Brody also provides examples of bestselling novels and highlights in those works where each of the 15 beats occur.

I don’t want to list out all the beats and descriptions Brody outlines, because I don’t feel comfortable giving away the structure an author developed as part of their non-fiction book. The book does currently have a five-star rating on Amazon, and the reviews have been solid, like this one by Karen Heenan on Amazon.com:

I've been writing for as long as I can remember, but that doesn't stop me from reading books on writing. This is one of the best I've read in ages. I'm not good at outlining projects, but this book is powerfully persuasive as to why outlining is a good idea, and I'm now somewhat of a convert. And an outliner.

So, what do I think about the book? I’m not a book reviewer, and my sophistication of whether I like a book or not is typically not more complex than ‘It was good,’ or ‘I didn’t like it.’ In terms of whether or not the method worked for me, I can only say I don’t know yet. I’m thinking of applying Brody’s method toward the next novel I work on.

I will say that I applied the Larry Brooks’ method in my last novel, and writing that novel was easier than the one I had written prior. What made Brooks’ method exciting for me was applying the six core competencies; concept, character, theme, structure, scene execution, and writing voice. What was most manageable for me about Brooks’ process is that you initially don’t have to think about your book as sixty or so little parts, or scenes. He breaks up a novel into four parts.

Still, I would like to try to Save the Cat. Brody’s method break down writing a novel into smaller parts, giving an example of how much of each section should go into your novel. For example, she says that the first part of your novel, the “Opening Image,” should only take up about 0-1% of your novel. In the book, Brody takes some popular novels such as The Girl on the Train by Paula Hawkins and The Kite Runner by Khaled Hosseini, and breaks down their plot using the Save the Cat Method. Also, if you visit Brody’s website, you can read about how author Robin Reul used the save the cat method to plot our her novel, My Kind of Crazy.

I’ll end with this: Have you used the save the cat method? Did it work for you? Did it not work for you? Is there another method that does? Let me know in the comments or on Twitter.