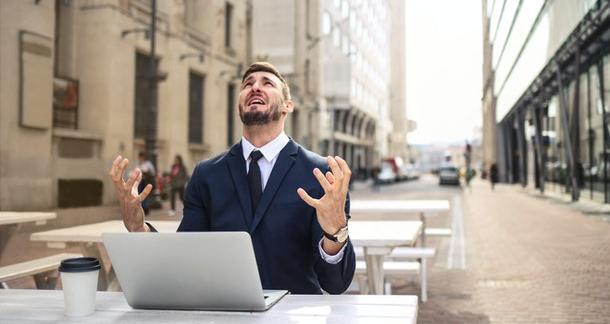 I love playing poker and chess, and one common thread between those games is the concept of going on “tilt.” Tilt is a state of frustration brought on by a bad decision or a perceived bad decision, one that results in a loss. In poker, it could cause a player to bet on hands they shouldn’t in an attempt to make up for what they lost. In chess, it can cause someone to lose control of the game they’re playing, or to start a game when they’re not mentally ready to play and therefore play much worse than their best.

This can happen to writers too.

The difference, of course, is that writing isn’t competitive. We don’t lose to someone else when writing. The competition, if that’s even the right word, is with ourselves. Nonetheless, the experience of tilt is similar with writers, and needs to be combatted in order to prevent wasted time, poor work, and further frustration. Here are a few ways that I’ve experienced writer’s tilt, either firsthand or by seeing someone go through it, and a few techniques to help.

The most common way writers go on tilt, in my experience, is because of writer’s block. We’re all told to write every day, but what happens when we sit down to do so and nothing comes out? Or when what does come out is awful, both in the moment and after we read it a few days later? The easy answer is to keep going, everyone goes through it and gets over it, but that’s not really helpful. Just that advice, true as it is, can increase the frustration when writing is going poorly and cause someone to go on tilt. Once they’ve reached that state, a person does things like continuing on with stories they know are terrible, over-revising old stories, or even trying to take time off but in the process falling out of the writing habit.

Writing isn’t competitive. We don’t lose to someone else when writing.

Getting through tilt resulting from writer’s block can be tricky. Starting brand new stories or poems can be helpful—for some people the clean slate helps get them back into a good frame of mind. For others this does little or nothing. I think keeping a writing routine is important, but maybe don't try to produce as many words. Or, take the same time dedicated to writing for reading, reading something different than you normally might, something just for fun. Even reading some writing memoirs, which will undoubtedly show how many successful writers have dealt with the same thing. I’m somewhat hesitant to say this, but binging a great TV show (Ozark comes to mind these days…) could help as there’s still narrative and language choices to analyze, and it can really get you out of a bad headspace. Keep the routine, change up the content, and then when you pull out of tilt, which everyone does eventually, you’ll still have the right habits with which to move forward.

Another common reason for tilt is jealousy. A lot of people don’t like to admit it, but writers get jealous at others’ successes. There’s no good reason for this, and intellectually we all probably know that, nonetheless it’s a real emotional reaction we have to deal with, which for some can be crippling. I see it all the time with MFA students: someone in the class is going to be the first to get published and afterward lots of their peers are jealous, even if they don’t want to be, even if at the same time they’re happy for a friend, even if they know writing isn’t a zero-sum game.

Jealousy can lead to frustration which can lead to bad decisions like rushing the submission of a story or poem that’s not polished, or pushing too hard on a project because you feel like you have to be next.

Spoiler alert: this never really goes away. But we can all get better at dealing with it.

In my experience, time is the best way to combat the jealousy problem. That’s not particularly reassuring in the moment, but it’s true. This feeling fades, and the more successes you rack up in your career, the faster it’ll fade the next time a pang of jealousy rips through your guts. In addition, self-awareness is key here. It’s always important, but more so with jealousy because it’s a very real but also very irrational emotion. Frustration from writer’s block isn’t helpful, but it makes logical sense. Jealousy does not. It comes from nothing you’ve done. This is tilt from a perceived failing, not an actual one. That can make it a little bit more difficult to combat, but no less important.

And then there’s the tilt that occurs when the writing is going well. You like the results, your friends whom you trust have given you the green light to submit, and then: nothing. No acceptances, no kind responses from editors, just a bunch of form letter rejections clogging up your email. This tilt can lead to several bad decisions, like wantonly submitting your work, even to places you know it would never belong, or going back to the work and making revisions for the sake of making revisions. Neither is useful, and both waste time.

Here is a place where it’s important to remember that good writing doesn’t expire. Setting it aside for a month or two doesn’t mean the window for submission has passed. What this does is allow you to work on something else, then revisit the writing with fresh eyes. Likely, you’ll then see that major revisions aren’t necessary, and when scanning through open calls there will be brand new ones to which you can submit. If the writing is going well, keep writing, work on what’s good, and always keep in mind that there’s no time limit on stories.

There are plenty of other ways to go on tilt. Some are idiosyncratic, and likely Covid caused a few that none of us were expecting. For me, not being able to go to Starbucks and write while away from the cacophony of my house (two kids, a cat, and a puppy we got during lockdown) sent me reeling when it came to producing work. I found my way through it by pitching essays just like this one and making commitments to finish by specific deadlines. That works for me. I put a high value on meeting my commitments. Whatever is sending you on tilt that I didn’t mention here, be aware, do some self-analysis, and find a solution that works for you. This is the vital process.

Tilt never goes away. It’s like anxiety in that respect. And like anxiety, knowing how to spot it and having a plan for it are the keys to making sure tilt doesn’t derail your writing life. With the right preparation and control, your tilt won’t last long.

Dispatch From the Querying Trenches (Part II): Shelving a Dream