Writers In Movies: What Do They Get Right? 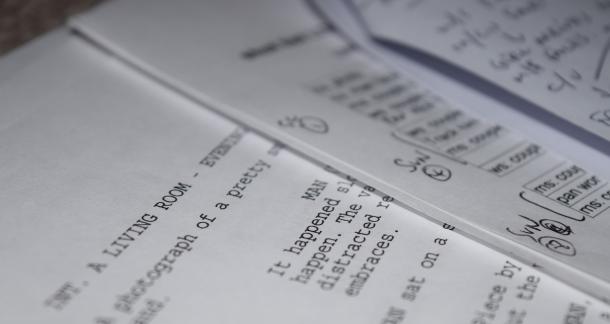 Ever tried to watch an action movie with a gun nut? It’s impossible. It’s non-stop “11 shots from what’s CLEARLY a revolver? Please.”

Listen, buddy. We’re about to see Stallone kick Wesley Snipes’ flash-frozen head clean off his body, and then it bounces and shatters on the ground, shards of frozen gore everywhere. I’m fine with the reality breaking a little bit.

But then, whenever there’s a writer in a movie, I become the dude I hate. I start itching a little. Or I’ll laugh at something and then have to say, “Oh, nothing.” Because I don’t want to be that guy, the one who knows SO MUCH about everything and has to ruin a great practical effects shot of a slow-mo head shatter.

Where do movies get the writing game wrong? And where do they get it right? 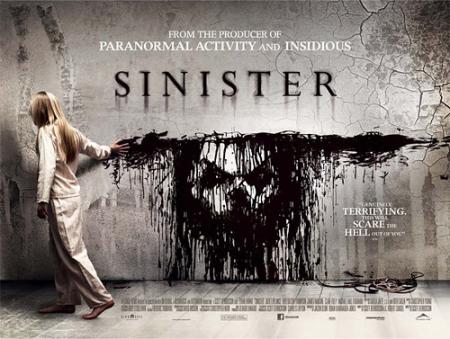 In Sinister, Ethan Hawke plays a true crime writer who’s on a little bit of a bad run, but you wouldn’t know it because he’s wearing a $200 cardigan with suede elbow patches. I didn’t even know that was a thing! Do these come from some kind of catalog that only college professors have access to? Do you have to prove you teach a class on literary theory before they send you the order form?

Hawke moves his family into a house where the former inhabitants were found murdered so he can mine the place for material. He keeps the whole murder thing a secret from his family because he's an obsessive writer. He MUST tell the tale, he MUST write the book. He MUST bear witness.

Sinister's biggest stretch is the money. How is Hawke dressing like a J. Crew model AND buying houses like it’s no big thing? It should’ve gone down like this:

Ethan Hawke sees a murder house go up for sale. He makes his way downstairs to tell his wife about the house, and he runs into her coming up the stairs (first jump scare!). She’s running up to tell him they should definitely buy this murder house that came on the market, which she ALSO found, because although she loves him and believes in him, they will NEVER afford a place this nice on his writer’s earnings unless someone is killed inside.

'Stranger Than Fiction' and Boringness 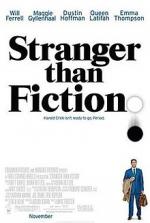 I’m going to spoil part of a movie that’s 13 years old. I don’t know when spoilers become alright, but I feel like it’s somewhere around the time a movie would be old enough to start backtalking and coming home with an unsanctioned piercing.

Emma Thompson plays a writer who, it turns out, is writing Will Ferrell’s real life. Whatever she types up happens to him.

This movie gets one thing extremely right: The character is more interesting than the writer. Watching Will Ferrell on the screen is pretty fun, even though he’s not being wacky. Emma Thompson is weird, she’s got her quirks, her gross habit of spitting into a napkin and putting her cigarettes out in her own fluids. But she’s just not the character you find yourself wanting to be with. And let’s be honest, the affectation of using an IBM Selectric typewriter in a minimalist room with her shoes kicked off...gag.

If you’ve ever met a writer, they’re almost always less interesting than their characters.

The most remarkable thing about the whole movie is that we actually see various writers and artists working! 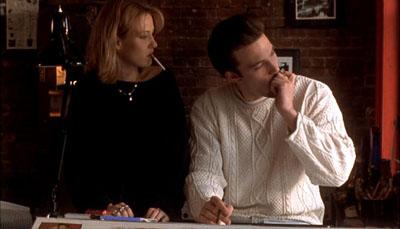 It’s not a significant portion of the movie, but there are moments where characters sit at drafting tables, making comics. And it looks pretty super boring, which that part of writing is. Okay, they’re in the super cool, 90’s loft that is so shabby chic it makes you shabby sick, but, eh, it’s a product of the time.

The ending sees the creative team go different ways. Banky continues work on Bluntman and Chronic, which has become a mainstream, financial success. Holden goes the opposite way, doing his indie, meaningful book about his failed relationship with Alyssa.

This movie presents a type of false choice that shows up in lots of movies about creatives, which is that you can either do work that feeds the wallet or work that feeds the soul. That there isn’t room for both. Although, credit where credit is due, the movie doesn’t seem to present one or the other as the “right” choice. Just different paths.

There's another part of the movie that gets the writing life even more wrong-er, and I’m calling this like it is: A young, handsome Ben Affleck meeting a young and charming Joey Lauren Adams at a 1990’s comic con? Least plausible moment in ANY Kevin Smith movie, and yes, I’m aware he made a movie where Salma Hayek is a stripper who fights a monster made out of shit. 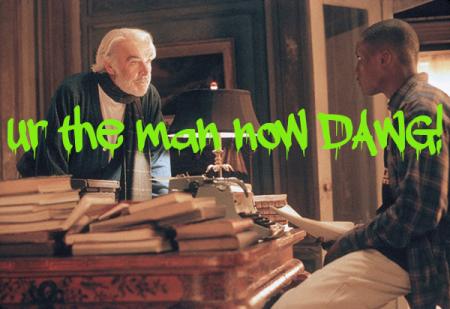 This one kinda annoys me and makes a good point at the same time.

You’ve probably only seen the moment where Sean Connery exclaims that a young black man, tapping feverishly at a typewriter, is the man now. Dog.

The plot: This kid is dared to break into the apartment of Forrester, who is a reclusive writer. The kid accidentally leaves his backpack behind, and some stuff happens, and ultimately Forrester becomes the kid's writing mentor.

The weirdest part? Would you mentor someone who broke into your house? It's a little like, when I complain about loud upstairs neighbors, people will tell me to go over there with some beers and have a chat. Like the right thing for me to do about neighbors who are stomping up and down the stairs, wrestling (adults!), and throwing bottles in the street all night long—I should really try and see things from their side and BUY THEM BEERS!?

That said, the movie does highlight something overlooked in writing: mentorship. If you can find a mentor, you’re so much better off. Even if that mentor is an old, reclusive Scottish author who will yell words of encouragement at you while you work at a typewriter.

'In The Mouth of Madness' and Brainwashing

In this totally underrated Carpenter flick, Sam Neill goes nuts in a fictional town created by writer Sutter Cane (this was before Sam Neill went nuts in space for Event Horizon and before he played a maniacal business vampire in Daybreakers. Sam Neill likes going nuts in weird scenarios). 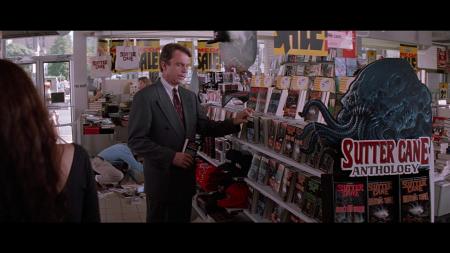 One reading of the movies seems to promote the idea that a writer, given enough time, fandom, and power can bring a fictional setting into reality. Which is true. Harry Potter Wizarding World Theme Park Land anyone?

A different reading makes it feel like a 50’s marijuana propaganda film, or an 80’s propaganda film about the evils of heavy metal. It’s like a warning that reading/writing too many horror novels will cause actual evil in the world. Ridiculous!

'Man of Steel' and Editing

Amy Adams plays Lois Lane, and she’s looking to do a story on aliens. Which is shot down by her editor, Perry White.

In the sequel, Batman V. Superman Dawn ofjua… Sorry, ran out of steam on that title.

In the sequel, Perry gives Clark Kent the business for not turning in his sports copy and instead working on his story about “the bat man of Gotham.”

Let’s look at the situation from another perspective.

You’re the editor of The New York Times. A journalist, who you respect, brings you a piece about a super alien man. Or a man dressed as a bat who beats the shit out of criminals. Or a story about a turtle man smashing bad guys with shipping containers.

I gotta believe that your role, in that editorial job, is gatekeeper. 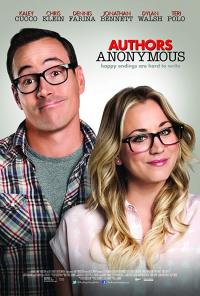 This is easily the worst movie here, but hold the phone.

The premise: A young, inexperienced writer joins a workshop/support group for people with writer's block. And almost immediately lands a publishing deal and gets paid for the movie rights. The other members of the group? Pissed and jealous.

Not a bad premise, right?

There's also a scene where Dennis Farina, as a self-published author, pimps his books at a card table in a hardware store. Anyone who has done any sort of reading or book tour can relate to that HARD.

It's a mixed bag and not the worst depiction of struggling writers. But you shouldn't watch it. Just know that it exists and serves as proof that accuracy doesn't always make something good.

This one is all too real. A guy known for playing a superhero tries to show he’s got a real side to him, adapting Raymond Carver to the stage.

I think, secretly, all writers of dramatic fiction want to be comedians, and all comedians want to be dramatists. Birdman nails it. It's a pleasure to watch, and it's the kind of story that succeeds in making a sympathetic character out of a super successful actor.

Which movies featuring writer characters do you think get it right?