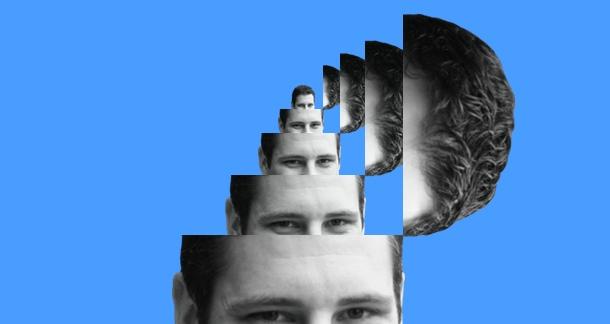 The primary requirement for being a writer is being told to “Write what you know” at least sixteen times. The secondary requirement is a gnawing anxiety about the future of publishing, but that’s a topic for another day.

“Write what you know” is one of the cardinal rules of writing, a tip that’s as widely quoted as “I before E, except after C.” And just like that bit of spelling advice, it’s more often wrong than right.

It’s obvious — but still worth pointing out — that all speculative genres wouldn’t exist if writers only wrote what they have personally experienced. Tolkien would have published an Anglo-Saxon dictionary instead of a fantasy epic, and Asimov would have stuck to physics texts (of which he still wrote more than a few) instead of writing dozens of stories about sentient robots. Even traditional literature features plenty of people and places the authors have never personally known.

The core of “Write what you know” is good...But too often writers, especially new writers, are paralyzed by interpreting it literally.

The core of “Write what you know” is good. People mean well when they say it. But too often writers, especially new writers, are paralyzed by interpreting it literally. Just because everyone says something doesn’t mean we have to take it seriously. People who eat an apple a day still have to visit a doctor on occasion, after all.

When people tell you to write what you know, they don’t mean you should only write scenarios you’ve personally experienced. If this were the case, we’d only have books about accountants trying to get published in their spare time to stave off the gaping void inside them. Or books about a family practice physician who steadily pays off his student loans while hoping for a patient who has swallowed a Lego brick just to break up the monotony of flu patients.

This is the true cardinal rule of writing. It doesn’t matter what’s popular in the bookstore. It doesn’t matter what your professor told you was acceptable. It doesn’t matter what any number of other writers and readers think you should write about. Write about things you find interesting. If that means you like interdimensional space slugs that eat algae fondue, don’t worry about never having met an extraterrestrial, or the fact that you clearly prefer chocolate to algae. Focusing on what interests you will make your writing better. No matter what you write, there will be someone out there who enjoys the same things.

It’s okay to write about things you don’t know firsthand, but you must learn enough about the topic to sound knowledgeable. Even if you’re making up a completely new world, there are elements of life, technology, and culture that you can glean from our humble existence. And if you’re writing about something real, something that other people know firsthand, then you darn well better get it right.

Be Observant of Emotion

You’ll be writing about relationships you’ve never had, and personalities you’ve never experienced, no matter how bad you are at romance or how many personalities you’re harboring in that little writer skull of yours. Fortunately there are examples of real emotion all around. You’ve experienced joy and anger; you’ve seen others experience grief and glee and everything in between. Pay attention and use this to make the characters in your stories more believable, no matter the setting or scenario.

There, now you’ve got something better to quote when people want writing advice. And what we lost in brevity we made up in … words.

What other common writing advice needs an update? Let us know in the comments.

Great points, Daniel. It's a shame that "write what you know" is more often paralyzing than empowering. Perhaps "know what you write" would be better? "Write what you like" is pretty spot on. If you like what you write, you'll be passionate about it, and that passion will show. Honesty and heart move me more than technical knowledge, but I agree we shouldn't neglect to due our diligence to plausibility and believability through research.

You give some very good advice. too often we try to reduce things down to simple rules. Most things, writing included, are way too complicated for terse maxims. Writing with interest and passion backed up by research will lead to a better outcome.

Perhaps incorporate what you know into your writing would be better?

Asimov, Tolkien, Crichton all had professional careers that fed directly into their novels.

Clancy was a military enthusiast who learned everything he could before it made it into his novels.

Steinbeck and Hemmingway in many cases wrote their actual experiences.

Write with interest, passion, and knowledge. It helps create a much more believeable and enjoyable atmosphere.

Here's a good way to establish the true essence of the advice: subject matter can be divided into two overarching categories. You have the story's psychological subject matter (underlying), and its conceptual subject matter. When "writing what you know," you want to write about the psychological subject matter you're familiar with. If you've never dealt with the pain of losing a child, it will be hard to write a story that's true to the human psychological reaction of losing a child. So, if you've had a child that died in real life (from an illness, for example), and you decide that in the story, the contextual subject matter will be that the narrator's child dies at war, you can do all sorts of research about the war aspect of the story, but if you're able to reflect on what it's like to lose a child from experience, the psychological aspect will be much richer and truer to human experience. You want to try and recreate an emotional experience you've been through and know about/are familiar with, but everything else can be developed and researched.

Get it right, but don't be a walking dictionary or physics textbook. Seriously, I don't care about what orbit the sun is in if its not a space epic.

Thats why I have a problem with write what you know.