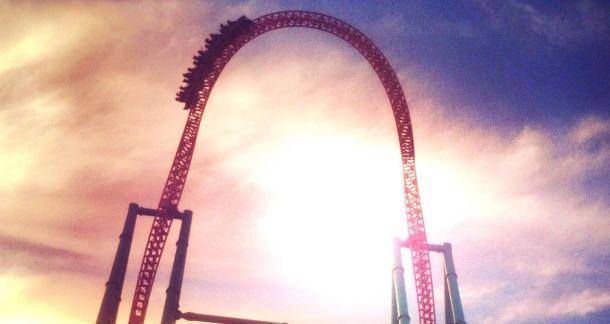 I’m sitting in the $2 theater watching Arrival. My mouth is full of sub sandwich because, like I said, this is the $2 theater, where bringing in a sub is overlooked because it’s better than bringing in beers. Multiple.

My seat sucks because we got there just before the movie started, and Arrival is not a movie that’s meant to be viewed at a 45-degree angle. Most movies aren’t, I’m learning.

And as I sit there and watch someone who’s not an action hero never pick up a gun to deal with aliens, I’m thinking to myself...Why is this riveting? Seriously, how did someone take the story of watching a professor learn a foreign language and turn it into a totally watchable, interesting story?

How do you tell an exciting story about something boring?

Arrival is a prime example of an exciting story about a boring thing. Don’t get me wrong, I’m not saying it’s a boring movie. But c’mon. A college professor does Rosetta Stone for like 2 hours? Since when is that an electrifying plot?

There’s not a doubt in my mind that there’s a parallel universe where they got a boring, shitty Facebook movie that has a lot of typing, a lot of description of the inner workings of early versions of Facebook, and it has a soundtrack that’s NOT by Trent Reznor.

How do they do it?

One standout technique is building tension by setting the water to boil.

Think about it. You're not at home. You're visiting a friend or staying in a cabin, and you set a pot of water to boil. You know it's going to boil eventually, you have an idea of how much time it MIGHT take, but there's no definite answer.

In Arrival, you know that world politics are going to boil over. There are multiple things that can fall through and cause a very sudden change to the action. If faction A decides to make a move, our heroes instantly run out of time. If Event B transpires, time's up. If Forest Whitaker can’t convince his boss that this whole endeavor is a good use of time, then boom. By the way, I don’t know what kind of jerk remains unconvinced by Forest Whitaker, but c’mon, dude.

The pot is boiling, and you know the water will reach a boil. It’s just hard to say exactly when.

This is a little different than putting your story on a timer, setting a bomb to blow or having a countdown, and it’s a bit more compelling.

Think about it like this. When you have a bomb with a timer on it, or when there’s some weird countdown clock, then you’ve got the exact time. As the characters get close to the end of the allotted time, things get more and more tense. However, by having a boiling pot, you can be less specific about when the thing is going to boil over, and that means there’s tension THE WHOLE TIME. Which is very necessary if we’re telling a story that is, on the surface, less than thrilling.

The boiling pot is a lot more like a slot machine. We’ve all read the research regarding response to scheduled rewards (I get something every 5 times I pull the lever) versus intermittent rewards (I might get something the first time, I might not get something after 20 times). We're total suckers for intermittent rewards. Take a lesson from Vegas. Other than the lesson about attempting air travel when your body composition is 4% alcohol consumed from a foot-tall tube.

Forget the clock, go for the boil.

I was reluctant to watch The Social Network because I thought “How exciting is it going to be to watch people type on a computer all day?” We already have the ultimate version of that movie. It’s called Hackers, and it features Fisher Stevens as a corporate stooge on a skateboard. Second place, Johnny Mnemonic, where the hackers are replaced by super dolphin hackers. I was 100% certain The Social Network would not feature Fisher Stevens on a skateboard and 90% sure it would not have dolphin computer hackers.

Who wants to watch a bunch of non-dolphin, non-skateboarding nerds type on computers all day?

Well, nobody, it turns out. Which is probably why the movie has almost none of that.

What attracted me to [the film project] had nothing to do with Facebook. The invention itself is as modern as it gets, but the story is as old as storytelling; the themes of friendship, loyalty, jealousy, class and power.

The movie is centered around the creation of Facebook, but that’s not what it’s ABOUT. It’s about the human themes, the emotions, stories that couldn’t be more classic.

There’s not a doubt in my mind that there’s a parallel universe where they got a boring, shitty Facebook movie that has a lot of typing, a lot of description of the inner workings of early versions of Facebook, and it has a soundtrack that’s NOT by Trent Reznor. In our universe, we got a great Facebook movie. And what made it great is that the creators focused on the exciting parts of the story, the reason the story needed to exist.

When your story starts to get boring, remind yourself what it’s really about. If a particular scene is boring, remind yourself why this scene exists. If your story is about the way in which business and friendship rarely coexist, and you have a scene of someone typing on a computer, ask yourself whether that scene can include more of the core idea, and ask yourself whether it needs to exist at all. If a scene is not about your core idea, if it’s just moving characters into place, figure out a way to connect it to the core or lose it altogether.

If you’re looking for a more bookish example of this, Wells Tower’s Everything Ravaged, Everything Burned is a great set of contemporary short stories, and the title story takes a weird turn into the world of Vikings somehow. While the story seems out of place in the collection at first, when you finish, you realize that the story HAS Vikings, but it’s not nearly ABOUT Vikings. The story is almost an exercise, a challenge to tell a story by first setting the table in this unusual way and then keeping the story focused on not what happens but what it's ABOUT. 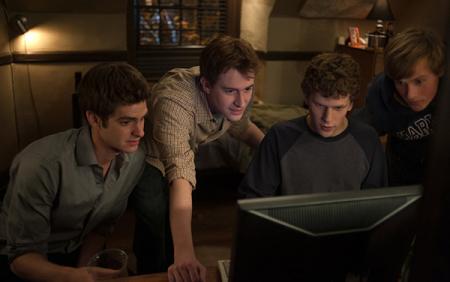 The radio show that all others are compared to, This American Life routinely tells stories that, on paper, should be really super boring. Stories about the economy? Snooze. Stories from the 1996 Democratic National Convention? C’mon. A guy recounts a school play he saw? What are the odds of that being any good?

And yet, week after week, the show is pretty damn compelling.

This American Life is based on a lie. Ask just about anyone, and they'll tell you "Everyone has an interesting story to tell!"

That's bullshit. It's not that simple.

The stories on This American Life pass this test all the time. They might be good stories, in which case they're successful. Or, they might be so-so stories in terms of the actual events, but damn, the people involved are good storytellers.

It’s a really easy test to apply to your own work, and it's a really great one. When you’re thinking about your story, if the story is boring AND the characters are boring, your story will be boring. But, if just one of those two things, the characters or the story, is exciting, then you’ve got a win on your hands.

This is especially great to use when you're writing memoir. Lots of writers work on memoir-like pieces and wonder whether anyone is going to care. Is this boring? Is this only exciting to me because it's my life?