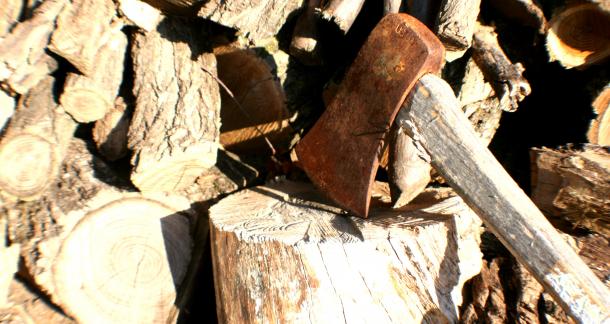 Woodshedding comes up all the time in interviews with guitar players. Doesn’t matter if it’s Brian Wilson or Mastodon’s Brent Hinds, most every guitar player will talk about this concept.

Picture a young Eddie Van Halen. He’s in his bedroom, and all he’s doing, all summer long, is playing the guitar. Maybe trying to nail down one really tough, really complex 15 seconds of a song. Maybe learning every Cream solo note for note.

He gets two notes in and screws it up, starts over. And he does that again. And again.

Woodshedding is easy to understand and tough to do. Especially for a writer. But it might be just the thing for you.

What We Have To Understand

If you hate dialog, if you hate writing sex, if you hate long sentences, then there's a good chance you don't understand those things the way you should.

Woodshedding looks really different from the way a lot of us write.

A lot of us work on a story or an essay or a poem. We don’t pick out one small skill and try to figure it out. We don't spend a lot of time directly copying the work of others.

It's not like a retreat where you shut yourself away and work on a piece or an edit. It's practice.

There is no gratification outside of that. There are no pats on the back. If you go into this thinking, “Alright, no pressure. But maybe I’ll write something worth publishing while I’m at it,” then you’re getting into woodshedding for the wrong reason.

These are all examples of specific tasks tied to writing. These are the sorts of things that benefit from woodshedding, from long, focused practice sessions.

If you're not sure what to work on, I'll give you a tip.

If you hate dialog, if you hate writing sex, if you hate long sentences, then there's a good chance you don't understand those things the way you should. The places where you're weak make for great starting points.

Having a way and a place to fuck up is crucial. A place where everyone doesn’t have to see you do it. A place where you can look and say, “Damn, that was all wrong,” and instead of over analyzing what went wrong, try it again.

This is the beauty of the woodshed. You are in a place where the fuckups are expected. Doing it wrong is in the plan. Go out there, fuck up a lot, and get better through it.

One key difference between playing guitar and writing is that with the guitar, you’ll hit a point when you just can’t play anymore without taking a break. Physically. When the fret board is getting bloody, it’s probably time to put down the guitar and have a Snapple (or whatever the metal equivalent of a Snapple is).

Figure out the pacing that lets you put in a couple hours at a time. Figure out a pace that allows time to slip away from you.

Plan On A Long Haul

Assuming you’d never played guitar, if you picked one up today, how long would you expect it to be before you could play the opening to “Eruption?”

I’m guessing you’d give yourself a break if you weren't good at it in a day.

You need to do that with your writing too. Give yourself the time to get better. It’s a skill and an art, and it takes a long, long time to be really good at it.

Don’t get frustrated, don’t toss your early efforts out into the world. Keep working and plan on being there for the long haul.

It’s Not Just For Newbies

In a Guitar World article, an interviewer asked veteran guitar player Earl Kugh whether woodshedding was still necessary for him:

Oh yeah. I used to retain things better than I do now, so it takes practice. I enjoy the challenge. I practice to keep current and keep my hands agile, and it’s interesting.

Woodshedding isn’t just for folks who haven’t played before, and it’s not just for brand new writers. It’s for everyone. Like Klugh is saying, new writers can woodshed to develop new skills. Veterans can do the same, and the woodshedding might be even more crucial for them. I know that the older I get, the more work it takes for new ideas to penetrate my skull. 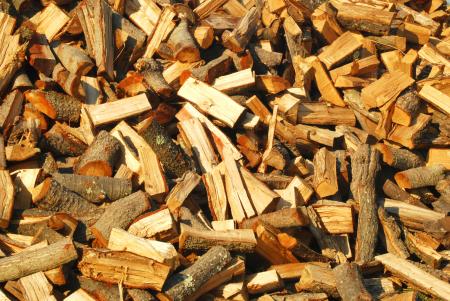 Are you convinced? Convinced enough to give it a try?

Cool. Here are some ways to get started.

Great woodshed fodder. All you do is find a sentence, copy it word for word, and then compose your own sentence using the same style. There’s an oft-recommended book, Copy and Compose by Weathers and Winchester. Unfortunately, it’s tough to come by, but their updated version, A Strategy of Style, can be hand for less than $10 bucks. And, you know, there’s a pretty good chance someone condensed it for academic purposes…

Here's the first exercise from Writing Tools by Roy Peter Clark, which we’ve been discussing in the community a bit:

2. Read it with a highlighter. Highlight the subjects and verbs.

3. Do the same with your writing.

4. Do the same with something you're working on now.

5. The next time you struggle with a sentence, rewrite by putting the subject and verb at the beginning.

The idea being that clear writing begins sentences with subjects and verbs, which is a pretty common practice in news writing.

Take something you’re working on and read it out loud, out REALLY loud, sentence by sentence. Pick it apart and perfect everything. Make everything sound spoken. Take anything you stumble over and rewrite it the way you'd say it.

Here’s one I like to do, and it’s about comedy, which you don't see too much in serious writing work.

Here’s a link to some scripts for Friends.

Print off a couple, go through, and punch up the jokes. Or make it darker. Whatever you want. Pick a way to go, and then go through, line by line, and take the script in that direction. Punch it up, punch it down, but pick one thing to convey and slide it into the existing work.

Ivan Brunetti does a drawing exercise where he has students draw an object. A car, a telephone, a castle, something like that. First they have two minutes to do it. Then they start a second drawing, same object, but they only have one minute. Then 30 seconds. Then 10. Then 5.

Then the students go back and see which version they prefer. Usually it’s one in the middle.

Pick out a quick, compelling story from your life. Something simple. Write it out in two minutes. Don't stop your pen. Write the entire time, adding in details if you need to. Then, write the same story, but only give yourself one minute. And so on.

Have any experience with woodshedding? Tips? Suggestions? Let us know in the comments. Happy practicing.

5 Exercises From Comics Creators That Will Save Your Prose

A cool excercise I do is to copy all the great sentences or paragraphs from books onto paper by hand. With enough volume to work with it helps me understand more about what makes a great description or an amazing dialogue. Doing it by hand helps to hear it enough times in the head that it sticks.

Other excercises include doing outlines for multiple stories that I won't end up writing. Just to practice the outlining process.

This an really amazing post for writer, Well, I love to know about new thing. And right now, I was reading who does lewis hamilton drive for and while reading about it on google. I am glad that I found your post.