Withholding: The Secret To Comedy Writing 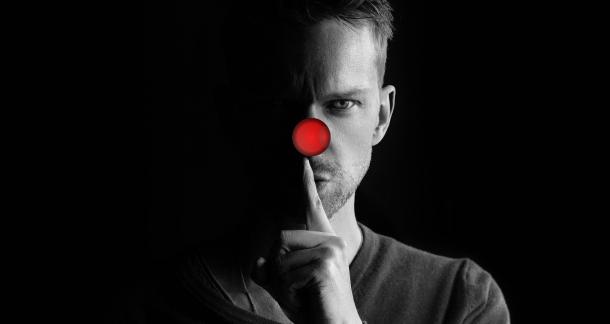 What’s missing is the chatter about comedy writing. We really should talk about it more. We might get more funny books that way.

Withholding has a bad reputation as a storytelling tool, mostly thanks to thriller and mystery writers who have a hard time writing themselves out of a corner.

How am I gonna get this character from here to there without them first explaining what they know…okay, how about I’ll just have him say “No time to explain.” Gruffly. Make sure he does it gruffly. Oh, and maybe he’ll reload his gun. He’ll put in a new MAGAZINE, not a clip! Authenticity is what makes my books work.

I’ll make this very simple: Lots of things that don’t work in thrillers are perfect for comedy.

Withholding From The Reader

Let’s go through some different types of withholding, starting with the worst type.

But we can make it work in comedy.

Let’s make up a fake comedy detective. We’ll call him Freddy. Freddy Gumshoe. No, wait, Freddy Cumshoe. That's funnier. Everyone mis-hears "Cumshoe" as "Gumshoe" and then says how it's a fitting name for a detective, and then Freddy has to decide whether or not to correct them with his actual, embarrassing name...

Two versions of the same story, narrated by Freddy:

I was walking through the grocery store. I got this look from this old lady like I’d tipped over her grocery cart and ran off laughing. The guy at the checkout, who’s always there, didn’t ask for my club card, just scanned everything and stared down at the conveyor like the secret to life was written on it somewhere, and he was just waiting for it to come around. It’s when I got out to my car that I saw “PENIS” written across my forehead in black ink. I did my best to clear it off, but I had to stop by my mom’s house…

Okay, so I’d passed out the night before, and someone wrote “PENIS” on my head. I was walking through the grocery store…

The best way to tell this story, the way you’d tell it to a friend, is the first way. Have one or two incidents before we know what’s going on, walk us through it from Freddy's perspective first, and then add in a third incident where we can laugh about it in a different way. 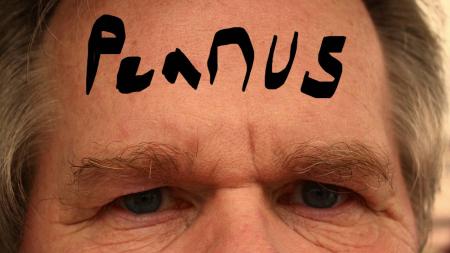 Freddy, at the point he's telling the story, knows that "PENIS" is written on his forehead. By withholding that information, we get to have a little mystery, then the reveal, and then a third incident involving the same joke, but now from the perspective of someone who knows what's going on.

We can wring the maximum amount of funny by withholding from the reader, briefly.

Withholding From The Character

Your reader can know things your character doesn’t, and this makes for great comedy.

If our detective, Freddy, is walking into the bad guy’s lair, it’s funniest if the reader knows the lair is swarming with baddies and Freddy doesn’t:

I walked into the abandoned warehouse, eating a Clark bar and whistling as loud as I could. It’s kind of hard to whistle and eat, but I never back down from a challenge. Sometimes I like to use my holster for a second Clark bar, so I’ll leave the gun in the car. This has never been a problem before, but then…

If the reader is just as surprised as Freddy that there are bad guys swarming inside the warehouse, the joke doesn't work. If the reader KNOWS what Freddy's walking into, they get to enjoy just how outrageously unprepared Freddy is, and that humor is spooled out over a longer period.

There’s a story from my life that I like to start this way:

Let’s be clear: I peed ON my pants, not IN my pants.

The scene of me peeing (ON!) my pants is less funny than the scene of me showing up at an event in hastily purchased velvet pajama pants that look like something Paris Hilton would’ve worn in the early 2000s. The mechanics of peeing pants is nothing special. The aftermath of showing up in velvety pants and then being forced to tell the story over and over makes the situation a lot funnier.

You might get more out of this if you show the aftermath rather than outlining the entire scenario from start to finish.

And it hands over the work of explaining to Freddy, who has to deal with this in his own words. His way of explaining the situation is going to be funnier. He'll minimize the peeing part. The distinction between peeing ON and IN his pants will be super important to him and only him.

Withhold Without Pissing Off Readers

When people talk about what they “wanted” from a story and didn’t get, what they’re talking about most times is what they expected.

You can twist up someone’s expectations and end up with something great, something they'll love. You just have to remember that what you give them needs to be the equal or better of what they expected.

In other words, let’s say I wanted to pull a little gag, so I bring a pizza box to a party, but I took out the pizza and replaced it with something else.

When someone grabs for a slice, opens the box, and sees a pile of dogshit, they're pretty unhappy.

When someone opens a Domino’s box and sees a bunch of neat, lined-up tacos sitting in the box, it’s funny, and while tacos are unexpected, they're a more-than-decent substitute.

Get Laugh Lines: My Life Helping Funny People Be Funnier by Alan Zweibel at Bookshop or Amazon

Listen Up, Nerds! 5 Lessons from 30 Rock on How to Make Your Characters Down with the In-Crowd