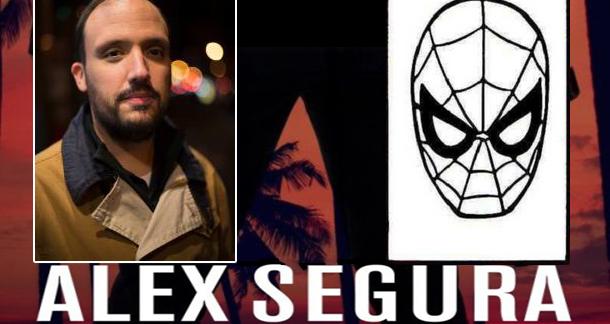 It hit me in a weird way, as these things do. That this was the end of my novel series, and what brought me here.

I was putting the finishing touches on Miami Midnight, my fifth — and, for now, final — Pete Fernandez Mystery novel. I’d put Pete through the ringer more than once, and it was time for things to wind down. I’d accomplished what I set out to do with the series — to write books like the ones that inspired me, stories steeped in setting, with problematic leads, like George Pelecanos’s Nick Stefanos books, Laura Lippman’s Tess Monaghan series and many more. I’d also revealed my private eye’s origin story — how he came to be — and it was time to close out that first, important arc. But it got me to thinking about those early, formative days — when I was figuring out who Pete was.

In addition to being a novelist, I work in comics, as Co-President of Archie Comics — as an editor, writer, and jack-of-all-trades. Comics are a big part of my writing DNA, and I think you see a lot of it in my prose. Whether it’s how I set up cliffhangers (read the end of my fourth novel, Blackout, for a good example), reveal the “origin” of my hero, or how I pace the stories — the influence is obvious. But there was another, bigger piece of my comic book DNA that fed right into my series character and who he is. And his name was Peter Parker. 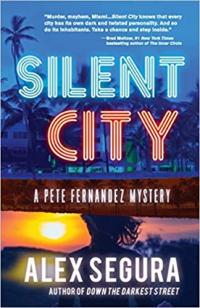 Get it? Peter Parker? Pete Fernandez? I’d mostly forgotten the hat tip to my favorite superhero, but it popped into my line of sight as I put the final copyedits on Miami Midnight, and pondered what was next. It took me back to what I loved about the character, and why I felt it was important to name my own hard-luck hero after Spidey’s alter ego.

Peter Parker, aka Spider-Man, is not your average guy. He is not an everyman. He’s a super-smart, super-strong and super-brave superhero. But — when Spider-Man debuted in 1961, he was very different from your average capes and tights types. In fact, he didn’t have a cape. He also had lots of problems.

While Superman was working a steady, high-profile job as a newspaper reporter, Reed Richards was head of the Kennedy-esque Fantastic Four family, and Batman was swimming in millions as millionaire playboy Bruce Wayne, Peter Parker was scrounging around for cash to help his widowed Aunt May pay for rent, all while fending off the bullying barbs of his high school classmates and trying not to collapse from grief over the death of his beloved Uncle Ben. A death he could have prevented, natch.

Peter Parker had serious problems, folks. And serious pathos. And all that high-flying superheroing as Spider-Man? It just brought him pain and heartache: destroyed friendships and relationships, the death of loved ones, and lots of bruises and broken bones.

This left an indelible impression on me when I first came across the Wall Crawler as a kid, at an XTRA supermarket in Miami. My grandparents bought me a digest that contained an abridged reprint of THE SPECTACULAR SPIDER-MAN MAGAZINE #2 (I’d learn all this later — at the moment, it was a colorful comic featuring a red and blue guy fighting a green monster guy on the cover).

The story between the covers was a doozy. Even then, as a kid of eight or nine, I knew of Spider-Man. But I’d never read any of his adventures. I was a strictly Archie reader (where I work now, so how about that?), which is probably why the digest-sized Spidey book appealed to me. I was drawn in by artist John Romita’s clean, beautiful line, his knack for building to drama and his ability to make even the deadly look lovely. Stan Lee, co-creator of Spider-Man and pretty much every major Marvel Comics character, wove a well-paced story that was terrifying to a kid my age, as Norman Osborn grappled with his own sanity, fighting back the demons that would envelop him and release his monstrous alter ego — the Green Goblin. 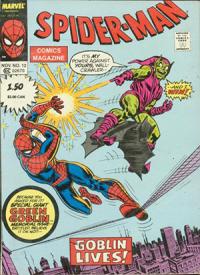 The battle between Spider-Man and Green Goblin was much more than just another super-powered scrum — it was actually a personal brawl between two very flawed men: Peter Parker and Norman Osborn. It felt personal because it was — Norman, the rich, middle-aged businessman dad to Pete’s best friend, Harry Osborn, wanted more. More money. More power. More control. In his path was Peter, a self-made kid who’d clawed and struggled for everything he’d gotten. Heady stuff. And it made for great comics.

If you’ve never read a Spider-Man comic — and if that’s true, where’ve you been? — do yourself a favor and pick this one up. It’s got all the classic elements of a Spidey tale, majestically rendered by Romita and presented by Lee at his carnival barker best. It started a decades-long relationship with the Web-Slinger, and it’s why Peter Parker resonated with me and still does: he might be a science whiz, he might be able to swing across the city on webs of his own creation, he might be ten times stronger than a regular dude — but he still get dumped, he still misses the bus, he still bounces his rent check. He’s human.

Like Peter Parker, Pete Fernandez is painfully human. When we meet him in the pages of Silent City, Pete is spiraling out of control — slowly inching toward getting fired at his fading newspaper job, drinking himself into blackout on the reg, unable to maintain friendships much less romantic relationships, and wracked by the loss of his father, ex-Miami homicide detective Pedro Fernandez. And that’s just to kick things off. As the series progresses, we follow Pete as he struggles with his own demons — alcoholism, his own failed past, living up to the impossible legacy his father left, and Pete’s struggle to find romantic happiness amidst the death and destruction that surrounds him.

Yet, like Peter Parker, Pete Fernandez fights on — he takes his lumps, makes a joke, gets up and fights again. For my money, that’s heroism. Which is what I wanted for Pete — I wanted his story to end with him a hero. But I don’t think I could have gotten close without a certain wall-crawling superhero.

Alex Segura is the bestselling and award-winning author of Secret Identity, which the New York Times called “wittily original” and named an Editor’s Choice. NPR described the novel as “masterful,” and it received starred reviews from Publishers Weekly, Kirkus, and Booklist. Alex is also the author of Star Wars Poe Dameron: Free Fall, the Pete Fernandez Miami Mystery series, and a number of comic books – including The Mysterious Micro-Face (in partnership with NPR), The Black Ghost, The Archies, The Dusk, The Awakened, and more. His short story, “90 Miles” was included in The Best American Mystery and Suspense Stories for 2021 and won the Anthony Award for Best Short Story.
A Miami native, he lives in New York with his wife and children.