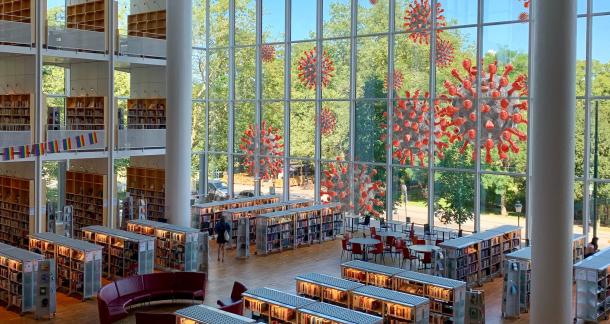 You've probably put some thought into whether your uncle is going to come out of COVID unscathed. Maybe he’s vaccinated. Maybe he's unvaxxed and hoping for the best while he drinks his 34th Dew of the day. Maybe his vaccination status is unknown, but he's one of those cockroach men who'd survive getting hit by a flaming bus constructed entirely of spoiled chicken, so, regardless of COVID, he'll keep Ski-Doo and Swisher Sweets in business for a few more years at least.

I do not want the library to close.

Without closely studying the Bible, Library Closure is, I’m pretty sure, a horseman of the apocalypse, one who rides in on a sensible Subaru with a Sport Mode that she’s kind of afraid to try. But still, apocalyptic.

The American Library Association's annual report for 2021 is mostly full of good cheer and (deserved) pats on the back for library staff who did their damndest over the last couple years. But it's pretty short on hard numbers.

The numbers we do have are not encouraging.

99% of libraries were closed for at least part of 2020. I guess some rebel yell library was out there keeping the doors open, and I salute your courage/stupidity.

Some libraries reopened for summer 2020 and had to close again, and others didn't reopen for almost a full year.

I'm just one guy working in one library system, and I've talked to a few colleagues. Checkouts, program attendance, door counts, computer usage—nothing is bouncing back the way we'd hoped.

And with an all-time record number of COVID infections tracked the very day I'm typing this, the future...isn't so bright that I'm reaching for my shades. 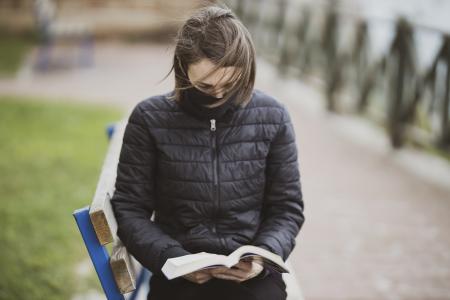 You know what else was way up during the last couple years? Jigsaw puzzle purchases.

Is this because jigsaw puzzle makers cracked the code and started printing up awesome puzzles? Or is it because people had a lot of free time and a lot of their preferred entertainment options were unavailable?

The eBook wave isn’t one that libraries created, it’s one they rode. And as things reopen and people can go back to, I don't know, drinking in shitty bars where they serve margaritas with Coronas turned upside-down in them, the eBook wave will fade.

Your choices might not kill you or someone you know. But they're killing your library.

If a library mandates masks (or enforces a state/local mandate, or mandates vaccines or testing), anti-maskers will be less inclined to use the library. If a library does not enforce a mandate, people with functioning intelligence will stay away because the new Patterson isn’t worth getting COVID for. Either way, an audience is cut out.

I'm sure some of us are looking at the anti-whatever people and saying, "Good. Fuck 'em! You choose to go unvaxxed or untested, and the library being closed to you is a consequence of your choice."

The problem is that we're not talking about a few people. We're talking about closing the library to somewhere between a third and half of the population.

People will go to the DMV, and they'll wear masks or do what they have to because there's really no other choice. Library use is voluntary, and people are hard-headed enough to deny themselves the library to make a point.

Will the Staff Recover?

Library employees always do things they didn't sign up for, that's nothing new. It's just that there's usually a better ratio of expected library work (managing the collection) and stuff you didn't sign up for (telling people that, yes, you have to wear your mask in the 600's, AND the 900's, AND the Mysteries, AND...).

I don't know if staffs will heal. I don't know if the people who retire early are replaceable. I don't know if new people will be excited to join a field that burns through employee morale faster than a double flamethrower wielder can torch a fireworks factory.

Budget goes down, the library gets worse. Always.

The COVID truth is that the library’s budget is going down.

Were Libraries In Trouble Pre-Pandemic?

A Pew survey from a few years back found 90% of Americans thought their public library closing would be a bad thing.

The same study found that only about half of those surveyed had actually used their library in the last year.

People like their library, but about half of them like it only in the abstract. COVID has accelerated us into the concrete present.

People love libraries in theory, but if they're not using their library, and they ARE using the roads or the rec centers, we're doomed.

Libraries can survive and recover. The question is whether they will.

I think it will require some painful, unnatural things on the part of libraries. A couple suggestions:

You're going to have to go hard in the paint on budget advocacy. You need citizens in your corner. Loud, aggressive ones. You know how gun people freak the fuck out when you talk about restricting guns with something like a 7-minute cooling-off period? That's the kind of person you need for library advocacy. People who are like, "You want my library's budget? Come take it from me." You need people willing to go toe-to-toe, look firefighters in the eye, and claim that the library's budget is as important as the fire department's.

Libraries have to be willing to change. You need to have new conversations where nothing is off the table. When someone suggests getting rid of storytime, don't panic, hear them out, consider the possibilities. You don't have to axe it, but you have to be willing to talk it through. Libraries are playing a new game, and the 2019 playbook just won't work.

Don't Work In A Library? You Can Still Help

If you’re an advocate for defunding the police, tack on where you want that money to go. In a lot of places, libraries and police compete for the same dollars. Perhaps the slogan “Fund the library” will win you supporters who don’t get behind “Defund the police." This is what we refer to as a "win/win" scenario.

Use Your Library. Use demonstrates need, and need helps libraries make their budget pitch.

Run for your library’s board positions.

Do your part to stop spreading COVID. If you want things to be like they were before, you need to get a vaccine, and you need to stop sitting in restaurants, getting on airplanes, and doing all that other shit you were doing before. We're talking about record infections, right now, right here.

Your choices might not kill you or someone you know. But they're killing your library.

Get Apollo's Arrow: The Profound and Enduring Impact of Coronavirus on the Way We Live by Nicholas A. Christakis at Bookshop or Amazon

Get The Madman's Library: The Greatest Curiosities of Literature by Edward Brooke-Hitching at Bookshop or Amazon

Community Manager
helpfulsnowman from Colorado is reading But What If We're Wrong? by Chuck Klosterman January 13, 2022 - 3:29pm

About two weeks after writing this, Gallup polls showed Americans read fewer books on average than they have in any of the last 30 years.