Why You Shouldn't Ignore Religion in Your Fiction 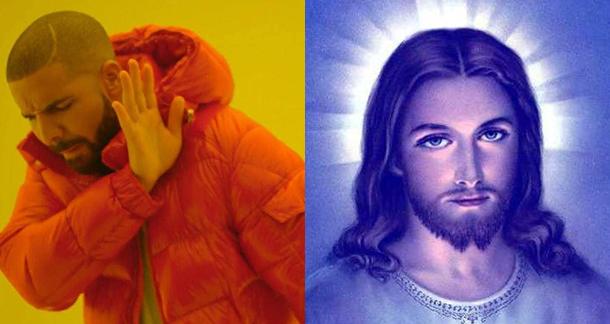 Those percentages are from the Pew Research Center. But forget the US for a minute and look at the bigger picture. In the world, there are roughly 2.1 billion Christians, 1.6 billion Muslims, 1 billion Hindus, and 487 million Buddhists. Those are only the largest groups. Rough estimates say there are around 4,200 religions across the globe. Don't worry, folks, I'm sure yours is the right one! In any case, the point is that religion is a huge deal for many people, and neglecting it in your fiction is kinda like forgetting that people need oxygen to stay alive.

Religion is a huge deal for many people, and neglecting it in your fiction is kinda like forgetting that people need oxygen to stay alive.

Religions, belief systems, spirituality; it's all diverse and growing regardless of what you call it. People like to believe in things. They like having a set of ethics they can easily understand (and one they can change around to their liking when they disagree with something). The result is a world in which many people turn to some kind of deity when they are in trouble. The implications of this are as huge as they are varied. From God to Dagon, supreme beings have ruled over humanity since day one. Almost every civilization has had some kind of spirituality going. Writing without paying attention to this is fine, but it can lead to incomplete narratives. Before you get angry, let me explain.

When in pain, scared, worried, or in trouble, a lot of folks pray. They ask some invisible thing to come to their rescue, to lend a hand, to save them. This is normal. Gods are how we explained things we didn't understand in the past and how we cope with things today. When I created barrio noir, I knew that syncretism and diverse types of devotion would be part of it. I grew up in the Caribbean, where people pray to gods and saints that hide older deities, and where Christianity, Catholicism, and Santería are regularly practiced along with Voodoo, Palo, Mesa Blanca, and many other religions. This syncretism is in my DNA, and I think it helps me accept and understand others and their beliefs.

When I wrote Zero Saints, I place Santa Muerte at the center of it. It made sense. It felt right. In fact, I'd argue Santa Muerte, which has around ten million devotees, demanded it. The main character's devotion was his anchor. He was sure Santa Muerte would protect him. Prayers abound in that book. in Coyote Songs, La Guadalupana occupies a special place, just like she does in the hearts of many Mexicans and Texans, but Oggun is also in the mix and plays an important role. These religious figures aren't props; they are there because they help me build believable characters. They are there because they allow me to better understand and show motivation. They are there because they help humanize my characters while adding an emotional and spiritual depth to the narrative that would otherwise not be there. This is why you shouldn't ignore religion: it moves a lot of people, to good things and bad.

I don't want you think I'm saying religion belongs in a tale about aliens or a love story. That's not my point. I'm also not saying a narrative devoid of religion is incomplete. What I'm saying is this: repeatedly ignoring religion can be detrimental to your fiction. Sure, there are certain religions that lend themselves to crime and horror tales. Feel free to use those as long as you do so in an informed, accurate, respectful way. However, religion should always be used in relation to a person and his or her motivations, points of view, decision making process, and, in many cases, moral compass. "Oh, shit!" is very common, but so is "Oh, God!" even when it comes from the mouth of an atheist. Religion can help you shape a character and explore/explain a culture. Religion can help you add layers to an emotional situation. It can give you an excuse for blood, gore, and extreme violence. Religion can be tied to murder very easily. It can be tied to terrorism in a heartbeat, just like it can be tied to fanaticism, war, arguments, misdirected anger, prejudice, and everything that makes humanity ugly. In other words, religion, when used well, can enrich your narrative tremendously. Pay attention to it. Don't ignore. Spend time talking to people about their deities and read as much as you can about other religions. Besides helping you understand the world a little better (and sometimes making you very angry), religion can be an amazing tool in your storytelling arsenal. Get familiar with it. You won't regret it.

LURID: Boss Prophets - the Cult Narrative in Fact and Fiction