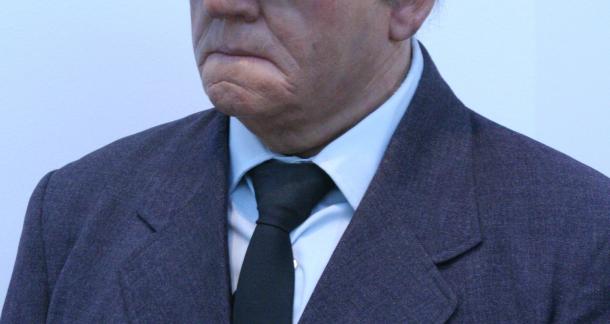 In school we used to have these writing assessments. A teacher would sit you down, give you three topics to choose from, and tell you to get busy on a five-paragraph essay.

Here were the topics that always came around: school lunches, whether students should be allowed to wear hats in school, and of course, school uniforms.

For the record, the correct responses were: gross, yes, and who gives a shit?

I never took these essays seriously. And now I wish I'd made a better case for uniforms. Because, who would have thunk it, I, an adult man, am about to write a column in favor of uniforms.

Because I've started wearing a uniform when I write. And it's made a difference.

Why Even Consider It?

It all started for me when I read about a fashion designer who decided that she needed to simplify her routines. Enter 15 white shirts, 15 of the same pair of pants, and a scarf-y thing to accessorize (I don't know a lot about fashion, so anything around the neck is a "scarf-y thing" with the POSSIBLE exception of a bow tie or neck tattoo).

This fashion designer started wearing the same thing every day. And then stuck with it. For years.

She'd already been in the uniform game for two years when Mashable put out an article about successful men who wear the same thing every day.

Steve Jobs, Mark Zuckerberg, Christopher Nolan. Barack Obama wears a gray or blue suit most days. As he puts it:

I don't want to make decisions about what I’m eating or wearing. Because I have too many other decisions to make.

The self-imposed uniform, it's a thing.

Don't get me wrong, I don't think a uniform is going to turn me into an American President or creator of a Batman film franchise, both of which have equal footing in my mind. I'm not a lifehacker person who is trying to reverse-engineer myself into working with Liam Neeson on his portrayal of an international terrorist, which sent him down the path of punching wolves and walking among the tombstones.

But something about this uniform business seemed like it might work for me. There's some appeal in removing a small, non-writing choice from the act of writing.

Would it be taking things too far to say that I could use those extra, dressing-up seconds to think about a work in progress?

Would it be taking things too far to say that a uniform felt like some kind of freedom? 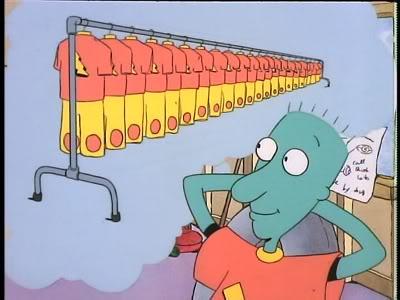 Yes, that would be taking it too far. Let's just stick with "Totally worth a shot." 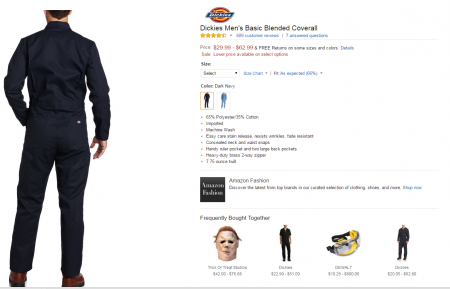 Pros: This would certainly signal that I'm doing something. This is a fella at work. It's pretty simple. And it would keep me from doing anything like making a quick trip for groceries or whatever. Because out in public, my butt doesn't...my butt doesn't.

Cons: I do a fair amount of writing outside the house. And while I appreciate a look that says I know how to make flames come out of unexpected places on automobiles and enjoy the music of the Reverend Horton Heat, it's not quite right for sitting in front of a laptop at Starbucks. And the suggested purchase of a serial killer mask really says it all. 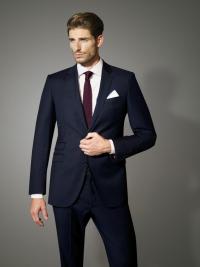 Pros: They say to dress for success. This fits the bill. And it makes me look like I'm doing something a lot more important than writing novels about armies of skeletons.

Con: I change clothes in my car more than most adults. It's a long story that involves a rec center where mashing Cheetos into the locker room floor is a municipal past-time, and I really don't want to get into it. The takeaway here is that I can't get too complicated with my getup. 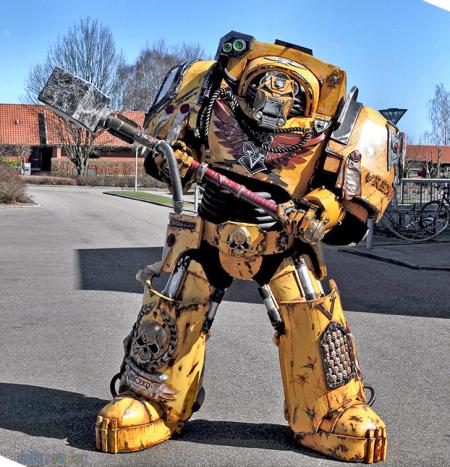 Cons: None, really. There is nothing wrong with this uniform. It's just that the WORLD isn't ready for an Imperial Fists Terminator Captain/novelist.

Here's what I picked: 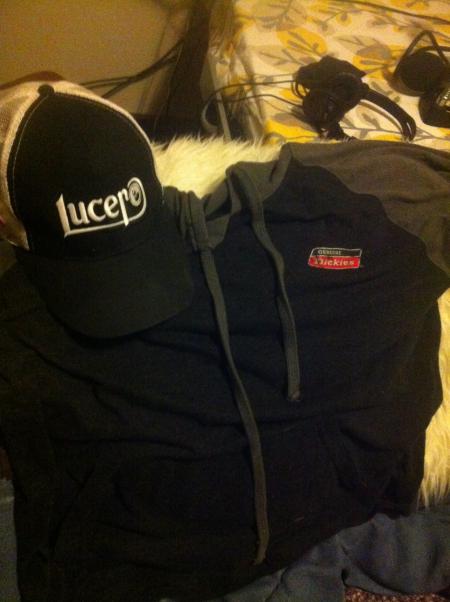 A hat and a shirt. I don't wear hats too often, and the shirt is a weird in-between of a hoodie and a t-shirt.

Here's why I picked this uniform:

It fits in my bag, it can be worn over or under all different stuff, it's casual without being slovenly, and it seems less likely to provoke battles with necromancers.

What Should The Rest Of Us Chumps Wear?

Pick something based on your particular writing challenges.

Are you someone who has trouble sitting down and getting started? Then make it something you really like wearing. Your comfortable clothes. A t-shirt you really love. Now you only get to wear it when you write.

Are you someone who has trouble sustaining long sessions? Then make it something that's a bit of a hassle to put on and take off. Don't go fetch laundry from the dryer until you take off your uniform. Get something without pockets so you won't have your phone.

Are you someone who gets shot in the face too much while you write? Batman famously had a yellow circle on his uniform. This was because he could place extra armor there and encourage baddies to shoot him in the chest instead of in his unprotected face.

Whatever your biggest issue is, whether it's signaling to others that you're busy or saving money on oral surgeries, pick out something that addresses that issue.

1. Wear this when you're writing. You can also wear your uniform if you leave the house to go somewhere and write, but not if you're having a lunch or a stop at the store on the way.

2. Always wear it when you write.

3. Never wear it when you don't write.

Here's how it worked for me.

A uniform can help. Really.

You put it on, and then you know it's time to work. It's like a pre-fight ritual. It gets you ready. It reminds you of what you're about to do. It puts you in a head space, the same way you might feel when you put on swim trunks for the first time in summer and are reminded of what summer feels like, or the first time you put on your winter coat and it brings back memories of winter.

A uniform helps you get in a head space, and it can help you return to the world of your work wherever you last left off.

It's also a good transition. You get up on a Saturday, maybe watch something or think about how much stuff there is to vacuum, and then it's time to get to work. An actual, physical change might not typically be a part of this transition. But it can be with a uniform.

And not only is that transition a benefit to you, but it'll help the people around you. They'll recognize the uniform and that you're now working.

Last, it punctuates the end of the work day. When you're done with your work, take off your uniform and leave it in the other room. Leave your writing with your uniform. You did good today, and now it's time to think about something else.

The fashion designer who got me on this idea in the first place, the thing that stuck with me the most was that she was a FASHION DESIGNER who didn't want to deal with fashion. It seems a little counterintuitive.

But her explanation works. She woke up every morning, and when she picked out her clothes, she made a small creative choice. Nothing big, but enough that she maybe felt like she'd done something good and creative simply by getting ready in the morning.

I can relate. I get out of bed and get to work, and I feel like I've won the day. Right then, just the act of being alive and upright and at work.

Save up that creative energy. Spare yourself that one, small creative choice every day. Don't be tricked by making the choice of how you'll be dressed, don't let it trick you into thinking you've expressed yourself today. Get yourself a uniform, save up that hunger, and put it on the page.

edsikov from New York by way of Natrona Hts PA is reading absolutely nothing September 30, 2015 - 1:15pm

I'm all for it. I've worn sweatpants or gym shorts and a loose t-shirt for writing since I was in college, which was right after the Spanish-American war.

Do pajamas count as a uniform?

But seriously, this actually makes sense. I strongly believe in brain-training yourself to write. For instance, I find certain fragrances on my wax burner inspire me. So then every time I wrote, I put one on my wax burner. Pretty soon I'd start to put them on to burn hours before I wrote, and just smelling them put me in writing mode, so I'd start earlier and earlier. I now do the same thing with food. I only eat certain things on the mornings I plan to write, so now that food makes me want to write.

In conclusion, we are basically as trainable as dogs but on two legs.

Pajamas count for me!

To be sensitive about other people is the characteristics of an educated person. He considers others feelings while in a conversation they are polite and professional essay writing service show consideration towards others.