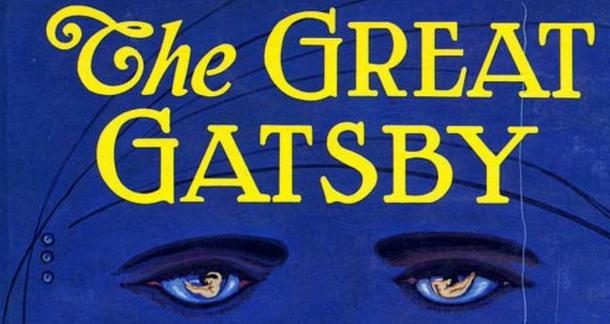 On April 10, 1925, Charles Scribner's Sons published a novel by F. Scott Fitzgerald that has been inspiring filmmakers, English lit students, writers, readers, and party planners ever since: The Great Gatsby.

At the time, the book was met with poor sales and mixed reviews. But today it is referred to as the magnum opus of one of the 20th century’s greatest American writers.

So, what is it about this tale of a 1922 Long Island summer that has captivated readers for the past 93 years? Let’s take a look.

It’s a decade that continues to hold much fascination amongst readers. One of the reasons is the social and technological changes that took place almost as rapidly as corks flying out of champagne bottles at one of Gatsby’s parties. This includes — just to name a few — the ratification of women’s suffrage, shorter hemlines and haircuts, the increased availability of automobiles, larger urban populations, prohibition, and booming consumerism. Traditional morals were being tested, and youth culture was burgeoning. This freewheeling nature earned the decade nicknames such as “The Jazz Age” and “The Roaring Twenties,” and no one was better at capturing this time than F. Scott Fitzgerald (and his wife Zelda, considered by some to be the “original flapper”).

The Great Gatsby was an ode to and critique of this time — and when you think of the 1920s, you probably think of the glittering headbands, swishing fringe, and boisterous saxophones of Gatsby's West Egg extravaganzas.

I began to like New York, the racy, adventurous feel of it at night, and the satisfaction that the constant flicker of men and women and machines gives to the restless eye.

Did you know? Just before The Great Gatsby's publication, Fitzgerald asked his editor to change the title to Under the Red, White, and Blue. But it was too late — and aren't we glad it was!

While many novels are told from the first person perspective of the protagonist, Fitzgerald approaches his title character through the eyes of narrator Nick Carraway — which results in blend of first person and close limited third person POV. What makes this narration special is the way that Fitzgerald allows us to go on a journey with Nick, without having Nick’s bias or point-of-view drive the novel. Nick is new to Long Island (and to Gatsby’s world) — the reader is along for the ride just like he is. As the story unfolds and Nick learns more about the provenance of his new best friend's untold wealth, his perspective starts to become an important guide for the reader, and his moral compass centers the story in the midst of its extravagance.

In my younger and more vulnerable years, my father gave me some advice that I've been turning over in my mind ever since. 'Whenever you feel like criticizing any one,' he told me, 'just remember that all the people in the world haven't had the advantages that you've had.’

Did you know? During the Second World War, The Armed Services Editions circulated over 150,000 copies of The Great Gatsby to soldiers. This is about 125,000 more copies than were sold during Fitzgerald’s lifetime.

Fitzgerald once told his editor Maxwell Perkins that he could not release the manuscript, “unless it has the very best I am capable of in it or even as I feel sometimes, something better than I am capable of.” Most would say this is an intensely ambitious goal to set for yourself — to be better than you are capable of. But Fitzgerald had an ideal he wanted to strive for and, if the lasting popularity of The Great Gatsby is any indication, he very well may have achieved it.

It’s not entirely surprising, therefore, that the titular character is seen reaching towards a green light at the end of Daisy Buchanan’s dock in Chapter 1. The symbol of the green light is repeatedly used to represent Gatsby’s endless reaching — how possessing his desires had become more important to him than the actual objects (or person) of his desire.

The colour green is also referenced in relation to European settlers first arriving in America, and seeing, “a fresh, green breast of the new world.” In this way, the green light is to Gatsby what the American Dream was to settlers from Europe — a promise of equality and endless opportunity that often ended in disappointment.

There must have been moments even that afternoon when Daisy tumbled short of his dreams -- not through her own fault, but because of the colossal vitality of his illusion.

Did you know? Thomas Parke D’Invilliers, the poet behind the novel’s epigraph, isn’t a real person. He is a character from Fitzgerald’s previously published novel, This Side of Paradise.

Most of us aren’t close pals with world-famous celebrities, but we all get the sense we know them through the snippets of information we learn through the news, splashed on magazines in the check-out aisles, or through friends asking, “did you hear about so-and-so?”

Fitzgerald introduces the character of Gatsby in a similar “through the grapevine” manner. We initially get to know Gatsby through the gossip of other characters, and even though he doesn’t speak a word until Chapter 3, he drives the opening of the novel through his reputation alone.

Not only does this narrative technique keeps us hooked as readers, it also mirrors the way Gatsby has consciously developed a mystique around himself — one that distances him from his past and purports his reinvented image. It’s only as more of Gatsby’s past is revealed that we truly see how his character has developed.

Did you know? Who can forget the original cover featuring the two blue eyes? Designed by Francis Cugat, Fitzgerald found the cover so compelling, he rewrote certain parts of the book to further incorporate the image.

Let’s turn to the expert for this one:

A breeze blew through the room, blew curtains in at one end and out the other like pale flags, twisting them up toward the frosted wedding-cake of the ceiling, and then rippled over the wine-colored rug, making a shadow on it as wind does on the sea.

In his blue gardens men and girls came and went like moths among the whisperings and the champagne and the stars.

Gatsby believed in the green light, the orgastic future that year by year recedes before us. It eluded us then, but that's no matter--tomorrow we will run faster, stretch out our arms farther.... And one fine morning-- So we beat on, boats against the current, borne back ceaselessly into the past.

Did you know? It is widely believed that Daisy Buchanan was inspired by one of Fitzgerald’s girlfriends, the Chicago debutante Ginevra King.

I re-read this book when that (terrible) Jay-Z version came out a few years ago, and I was reminded how GREAT that book is. I love the prose so much, it makes me want to quit my day job and just write and write and write until I can achieve even a few sentences as good as FSF's.

Now, thanks to you, I need to go read it again.