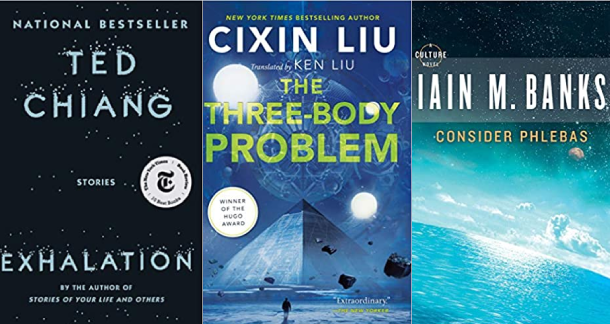 Literary fiction is one of the most misleading terms in the writing world, and I think we need to retire it. Some people use “literary” as a reference to quality. Others use it as a description of the content of a work of fiction without judging how good that work is. In the end this means that a group of people who are purportedly very concerned with words—writers and readers—are using them badly. This causes confusion, pretension, and even an odd separation of groups of young writers. It’s about time we knock it off.

Here’s what people mean when they say a piece of writing is “literary”: it’s really good. Better than good, it is superb. It stands out. It is of the highest quality.

Words can, of course, have different meanings in different contexts, but to say that “literary” means two different things is to ignore the larger culture around this term, namely that genre fiction (as opposed to “literary fiction”) has always been looked upon as a lesser kind of writing. So “literary fiction” does not just mean an absence of elves or spaceships, it means better than elves or spaceships. And that is stupid.

One can look back at the history of genre writing and explore how these terms came to be, but I don’t want to go through that kind of etymology here. Instead, I want to focus on why these terminologies don’t work anymore.

As I write this, in 2021, it doesn’t take a scholar to know that some of the best writing is happening in genre. Look at the works of Margaret Atwood, Ken Liu, N.K. Jemisin, and Philip Pullman, just to name a few. These writers produce fiction of the highest quality. Their work is literary. But somehow it is not “literary fiction.” To silo these writers off into something inherently not-literary, which is what we do with our current terminology, is incorrect and, frankly, obnoxious. If you want to know why there is a stereotype of bookworms being pretentious, this is a big reason. And when it comes to higher education, it’s even worse. I know. I’m a professor.

Academia is an important arena in this conversation since more creative writing than ever takes place within the ivory tower. The term “literary fiction” not only confuses some students for a little bit, though eventually they all get used to it, it also can cause young writers to feel like they can’t talk to one another. I don’t mean socially, but in the workshop environment. Somebody who writes genre often feels like that is something inherently different from their classmate who writes “literary fiction.” And both students will get the sense that they don’t need to concern themselves with the other because that’s not the kind of writing they do. One student may feel unduly inferior, another unduly superior.

This leads to a strange Balkanization of young writers who either don’t want to or don’t feel like they can critique and engage with writing outside the genre in which they write.

This is also stupid. To be clear, the students aren’t stupid, they are reacting to the environment which was created before them. And I understand why. It is the environment they walked into that is stupid, and that needs changing.

We see writers cross genres all the time. Today, Nobel laureate Kazuo Ishiguro has written in almost every conceivable genre. Walter Tevis of The Queen’s Gambit fame also wrote sci-fi. Iain Banks wrote a huge canon of “literary fiction,” and an equally large canon of space opera under the name Iain M. Banks—even he felt on some level like the same person couldn’t write both. And yet, despite these examples of literary genre fiction, and many more, there remains the feeling that what is literary and what is genre can never commingle.

The answer is as simple as it is difficult to pull of: stop using “literary fiction” as a genre. Leave “literary” as a mark of quality regardless of content. Call Ali Smith and Ted Chiang literary, because they’re both incredible writers. But put Ted Chiang on the sci-fi shelf and Ali Smith on the newly minted “Contemporary Realism” shelf.

I know why this change won’t happen any time soon. The New York Times Book Review and outlets like it have a vested interest in being above all the rest. You can look at Jennifer Weiner’s past feud with the NYT as an example of how that kind of elitism manifests. Nonetheless, despite Weiner being a major figure in the book world, there hasn’t been a ton of change as far as how self-important the Times Book Review is.

And then, while it’s accurate, “contemporary realism” doesn’t exactly draw readers in. I can’t imagine the link would get a lot of clicks on Amazon. I am open to suggestions on this one, but we need some terminology to describe this type of writing, we just need it to not be pompous.

In the realm of academia, professors are some of the slowest changing people on earth. Sometimes this is a virtue, but in this particular case it isn’t. Given the proliferation of academic creative writing programs, if faculty members would stop using the term “literary fiction” then it might dissipate very quickly as graduates become a part of the writing community. But that would be going against the grain of the way we work. Maybe we can rise to the occasion on this one.

It’s about time that the wordsmiths and bibliophiles in the English-speaking world start using better terminology to describe the writing they love. Doing so would allow for a lot of great writing to get the credit it deserves, and also allow a smoother path for young writers in all genres to grow.  It is in our best interests to make a change here.

Get Exhalation by Ted Chiang at Bookshop or Amazon

Get The Queen's Gambit  by Walter Tevis at Bookshop or Amazon

Storyville: What Literary Fiction Can Teach You About Genre Fiction