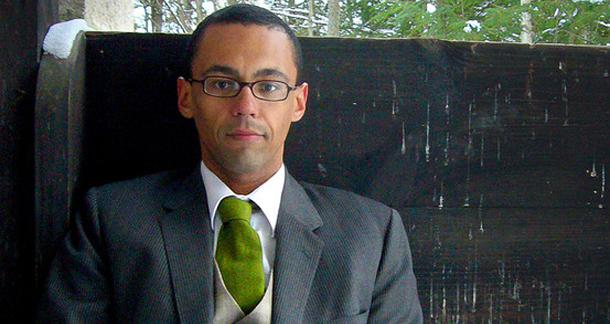 All of us carry the weight of the world. Every single one of us feel it, the crush of day-to-day life: Work, family, friends, bills, traffic jams, the constant barrage of information letting us all know that GMO’s, overpopulation, the weather, starvation, the inevitable zombie apocalypse, Vladimir Putin and countless third world dictators are all out to destroy us. If you believe certain news organizations, our own government wants to do the same. Long story-short: Life is hard, life is miserable, but in the same breath, it’s wonderful, even when it's overwhelming.

But for some of us, there’s too much horror, and it breaks us. Sometimes the broken take to the streets, wandering with shopping carts full of junk, standing at freeway intersections, will work for food signs grasped in in their dirty, swollen fingers. Others buy firearms, stockpile ammunition, and walk into crowded movie theaters or a job they were fried from. But more often than not, the broken hide in plain sight. They become adept at shielding their pain. They occupy the cubicle next to yours, they ride the same bus, they teach your children, and protect you while you sleep, all the while suffering in silence as they’re bombarded by hallucinations; voices constantly buzzing, telling them to keep that stack of newspapers, there might be coupons that the grocery store will take, never mind they’re three years past expiration date and have an inch of dust and cobwebs clinging to them.

More than anything, LaValle understands storytelling in its purest form, that a story is simply a story, and is limitless in its form and structure...

As writers, we have a tendency to want to romanticize mental illnesses such as schizophrenia (an illness which I’ve come to believe is the single most un/misdiagnosed malady in the United States). It’s in our nature to dramatize and simplify. We want to serve up the mentally ill as a combination of Norman Bates and Randle P. McMurphy; dangerous, but highly sympathetic. But the fact is, the mentally ill rarely fit into either of these categories, because our societal oddballs are more often than not completely invisible. But there is a novelist who portrays them with humane accuracy, and his name is Victor LaValle.

Victor LaValle is the author of four books and one novella. The short-story collection, Slapboxing with Jesus, the novels The Ecstatic, Big Machine, The Devil in Silver, and the novella, Lucretia and the Kroons.

His second novel, Big Machine, was named a best book of 2009 by Publishers Weekly, the Washington Post, the Chicago Tribune, the Los Angeles Times, and the Nation, and was awarded the Shirley Jackson Award for best novel, the American Book Award, and the Ernest J. Gaines Award for Literary Excellence.

Other prizes include a Whiting Writers' Award, a USA Ford Fellowship, a 2010 Guggenheim Fellowship, and the key to Southeast Queens.

Now, don’t let me give you the wrong impression, mental illness is very much a central theme in LaValle’s novels, and the three seem to form a very loose trilogy of the effects of mental illness and the mental health system. But, the subject does not solely define LaValle’s work. It adds a suspenseful, eerie, genre defying edge to each of the books.

The Ecstatic chronicles the life of Anthony Jones, a brilliant student whose life begins to unravel from schizophrenia—an illness which both his mother and uncle suffered from—while away at school. Anthony is brought home by his grandmother, mother, and sister in hopes that the familiarity of his Queens neighborhood and the comfort of being around his family will help refocus and balance him. The biggest issue is that Anthony’s home is ruled by chaos, with his sister and mother at constant war with one another, and his grandmother as a strong, albeit passive, voice of reason in the household. But while reading, you can’t help but feel that the entire family is a bit unhinged, which it really can’t help, from dealing with this disease for generations. The true genius of The Ecstatic is of how untrustworthy of a narrator Anthony actually is. He’s seeing his and his family’s lives unfold through extremely unbalanced eyes, which leaves you wondering how much of what you’re reading is truth or psychotic hallucination.

The best way to describe LaVale’s second novel, Big Machine, is Pynchonesque. It is a big, rollicking, and at times intimidating novel of intense ideas on spirituality and the divine madness of group consciousness. Ricky Rice is a recovering dope addict and the survivor of a suicide cult his parents were apart of. His survival has defined his entire life. Ricky has lived with all sensation stripped away either by drugs or his near monastic lifestyle, where he allows almost no one to enter his emotional field, at least until he receives a cryptic invitation to come to Vermont where he joins a group of six other ex-junkies and hustlers dubbed the “Unlikely Scholars”. The group almost has a superhero team style quality to them as they investigate supernatural/scientific oddities. The prose of Big Machine is astounding and trippy, and unfortunately, this may challenge certain readers as LaValle combines science fiction, farcical fantasy, horror, and surrealism to examine issues of race, class, and religion. Long story short, it is a heavy, satisfying novel.

LaValle’s third novel, The Devil in Silver, is his most accessible, and simply put, is a tour de force. The Devil in Silver is the story of a simple minded, albeit lovable and intensely lonely furniture mover named Pepper. Pepper is arrested one night confronting the ex-husband of his downstairs neighbor, a woman he pines for, but who barely acknowledges his existence for the exception of brief laundry room chats. Because of Pepper’s aggressiveness during the arrest, he is checked into New Hyde psychiatric hospital for observation. Pepper is by no means mentally ill; a little dumb and naive, yes, but by no means crazy. But despite his ham handed efforts to prove his sanity, he is committed to New Hyde indefinitely. So as the saying goes—when in Rome. Pepper begins to adapt to his new environment, making several friends, as well as taking a lover. But New Hyde is hosting something locked behind a heavy silver door that is attacking and taking patients, and as time goes on, Pepper and his friends make plans to confront and destroy whatever it is.  Much like the very best of Stephen King, The Devil in Silver (and all of LaValle’s work) is a brilliant character study where the staff and patients of New Hyde are laid bare and constantly pushing the story forward with their over the top personalities.

To wrap up, what I consider to be the most important aspect of LaValle as a storyteller is his complete and utter disregard of the idea of genre. More than anything, LaValle understands storytelling in its purest form, that a story is simply a story and is limitless in its form and structure; and that the concept of literary vs. genre is nothing more than an argument started by a couple of bookstore clerks who couldn’t figure out where to shelve Robert Louis Stevenson.

I’m of the opinion that if an author has written a masterpiece, you should always begin with the masterpiece, so The Devil in Silver is where you should begin. But, I will tell you these are BIG novels, not so much in length, but in ideas and concepts. So if you want to start a little smaller, pick up his short story collection, Slapboxing with Jesus, or his action packed novella, Lucretia and the Kroons.  Although I will give you the warning that LaValle the novelist and LaValle the short story writer are two very separate creatures.

I’ll be blunt, in another period of literary history, LaValle would be a bestseller in the same league as King and Atwood. As a novelist, LaValle’s style is dense, character rich, possessing a wiry unexpected sense of humor, and an easily accessible voice which both challenges and entertains the reader. And I know this is a big blanket statement, but I’m predicting that much like Laird Barron and Megan Abbott, LaValle is going to be a novelist who will help define American literature in the 21st century. So of the dozen or so writers I’ve profiled with Why The F*ck Aren’t You Reading, LaValle is the one I will encourage you the most to read. Seriously, you will not regret it.

Joshua Chaplinsky from New York is reading a lot more during the quarantine March 25, 2014 - 11:46am

I don't know why I thought The Devil In Silver was a werewolf novel. This stuff sounds great.

I picked up The Devil in Silver after Cath mentioned it on the podcast. Unfortunately it was promptly lost in my "to read" pile. The entire premise sounds awesome.

Really? The measuring stick is Stephen King? What a load. The Ecstatic was great though.

@Jorge - Yep, King is, and considering the cultural impact--Not just the writerly, or academic impact--King has had, I'm sure Mr. LaValle doesn't mind the comparison.