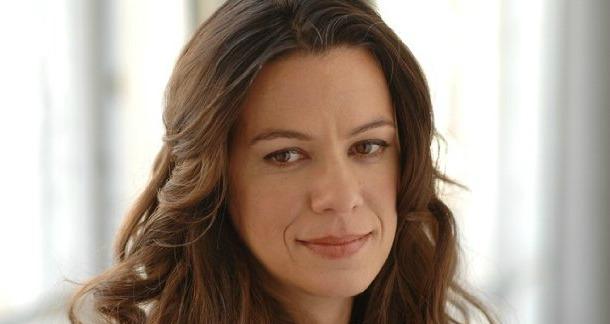 Let’s get a quick show of hands: How many of you read Nancy Drew and the Hardy Boys growing up?

I was a comic book kid, so my only exposure to these three intrepid teen investigators was through elementary school teachers who thought the precocious shitheels would encourage a love of reading and mystery as we grew older. Needless to say, it didn't work for me. In fact, it would take decades for me to wander back into the wilds of the mystery novel. Now that I'm here, I can't help but think what happened to the Hardy Boys and, more specifically, Nancy Drew. You have to wonder where, in adulthood, these teen investigators would have eventually ended up.

With the Hardy Boys, I figured both of them would decide to become Scoutmasters or Catholic priests or end up like Joe Meno's Billy Argo from The Boy Detective Fails: crushed by wonderless adulthood and batshit crazy. But with Drew, I can't really wrap my head around her becoming a doughy spinster or suburban soccer mom with an overly active conspiratorial imagination. Drew seemed far too serious, too self-possessed to simply give up detection. So you have to wonder, would she have taken the next step and become a police officer or private detective? Would she have wanted to master her craft and seek out mentors to assist her in expanding her natural abilities? The conclusion that you inevitably come to is, yes, Drew would have pushed forward.

For those of you who've read Sara Gran's two Claire DeWitt novels—Claire Dewitt and The City of the Dead and Claire Dewitt and the Bohemian Highway—you'll know this is an easy comparison to make, and on a certain level, a sloppy one. Because individually, the two characters are polar opposites. Drew was knee socks, Sunday dinners with the grandparents, and no sex before marriage—the classic Rockwell inspired suburban girl. DeWitt is dive bars, punk rock, and good drugs. But what draws the comparison so easily is their obsessiveness, their desire to see a mystery through to its outcome.

[Nancy] Drew was knee socks, Sunday dinners with the grandparents, and no sex before marriage... DeWitt is dive bars, punk rock, and good drugs.

The major difference between the two is that with Drew, you can't help but feel she was merely the female version of the Hardy Boys, a marketing gimmick devised due to the commercial success of the brothers to draw in female readers. With DeWitt, she is, simply put, the single most original, innovative character to emerge from the PI genre since James Crumley's C.W. Sughrue from The Last Good Kiss.

Sara Gran is the author of the novels Dope, Come Closer, Saturn's Return to New York, Claire Dewitt and the City of the Dead, and Claire DeWitt and the Bohemian Highway. She's written extensively for film and television, including a stint on the forlornly canceled TNT series Southland. Before writing, Gran was a book slave at brick-and-mortar institutions such as The Strand, Shakespeare & Co, and Housing Works, as well as a pimp for rare editions on the side.

(Alrighty, quick warning: If you've read my rants regarding the private detective genre, you need to skip past the next few sentences. Same thing goes if you're easily offended by someone expressing an opinion.)

With detective fiction, there really haven't been any great leaps and bounds as far as the creation of archetypes. Hammett and Chandler created the big swinging, hard-drinking dicks who still primarily influence the genre. Spillane created the mindless hardman with the heart of tarnished gold. And Crumley demystified the Chandler/Hammett mythology and created a far more flawed, poisoned protagonist and removed his stories from the too-often-used locales of L.A., San Francisco, and New York. Outside of this, there hasn't been much movement forward. Yes, the PI genre has its master novelists—Dennis Lehane, Lawrence Block, Laura Lippman, and Reed Farrell Coleman all easily spring to mind—but their respective creations all fit into the previously mentioned archetypes.

However, with Clair DeWitt, even thought the character carries pieces of what came before her, she is set apart from her predecessors by her uncompromising, obsessive nature. Being a detective isn't merely her job, something which occasionally interrupts her daily life of family, friends, and various loved ones, leading her down all too dark—albeit temporary—pathways; being a detective is DeWitt's entire existence.

DeWitt's personality is utterly one dimensional. (By the way, this doesn't mean DeWitt is by any means one dimensional as a character.) Her personal interactions, her relationships, her drug use—and DeWitt uses A LOT of drugs—and even her dreams are fodder for her various investigations, some of which have gone on for decades. Her Rain Man-like obsession has at times mentally and spiritually broken her. (Yep, DeWitt's done time in the loony bin.) Yet she persists undaunted. And yes, there have been plenty of obsessive PI's, but not like DeWitt. For her, the entire world is nothing but a series of mysteries waiting to be solved.

As a storyteller, Gran's greatest strength is her ability to envelope the reader into the time and place of a story. Gran's prose style is conversational, with a verbal bend that gives the reader the feeling they're being told a really great story while passing a joint or drinking a few beers over dinner. Gran's descriptiveness is textured, but never overwhelming. There are no page-long passages of how the wind ripples through the trees, or how each bite of food tastes. What is described is the emotional weather condition of the characters populating Gran's novels, which adds to the richness and believability of the characters. Top this off with Gran's rare gift of mastering regional dialect and capturing it on the page, and you have an author who paints a perfect portrait every time.

Since I've been raving about the Claire DeWitt series throughout the entire article, I've failed to get into Gran's three other excellent books, but the DeWitt series is where you should start. Even if you're not a fan of crime or mystery fiction, both novels are emotionally rich with expertly drawn characters. And this is a rarity for me, but I'll flat out say it: I love these books and you should read them, like, right now. But if you're the type who doesn't want to get mixed up in a series of novels (although you should reconsider that attitude, particularly since the DeWitt series has only just begun), you should check out the chilling Come Closer (I particularly encourage fans of Chuck Palahniuk and Bret Easton Ellis to pick this one up) or the retro noir Dope (Ellroy and Abbott fans, pay attention to this one). Like every author featured in WTFAYR, you're sure to find a great read no matter what book you choose.

My father had every Nancy Drew and Hardy Boys books filling a book shelf in our basement while I was growing up. There were so many of them I would pick and choose those with the book jacket image I liked the best.

I can't say they really spoke to me, but obviously they had a big impact on his generation - and him - as they were the only fiction genre books he owned (the rest were all scientific or medical as per his profession). But I don't see any reason why a modern take on these classics wouldn't go over well now.

Where all those books ended up, I have no idea. Would be nice to revisit them now.

Gretel: The Children of the Sun - Book One

Mr. Rawson, you've haven't steered me wrong yet (thanks big time for introducing me to the work of Steve Erickson and others).  Sara Gran is on my reading list.

Sara Gran is one hell of a storyteller. I'd never heard of her before reading this column yesterday. This morning, I downloaded Come Closer onto my Kindle and inhaled it in one sitting (surely I had other things to do on a weekday like, say, work?).  I'll definitely read the rest of her books. Thank you for the introduction!

I've read the first two Claire DeWitt books. With each book, I find myself stopping and contemplating with a laugh how she can write about such esoteric concepts like Kali Yuga and all the unfolding mystical ramifications, but in the next moment, do a few lines of coke and hop to the next seedy bar. I love it. Many of us are made of such contradictions. The Claire DeWitt books are a ride. I just ordered the third, since the libraries are all closed due to the Pandemic.

I love her work. As a Jim Thompson devotee I am always looking for something that approaches his terse unrelenting style. While very different, I think she’s an excellent writer. As good as Gillian Flynn for sure and sometime she lurks into Harry Crews territory which is ratified air indeed. I know you wrote this 7 years ago, but thanks for recognizing the his original voice.