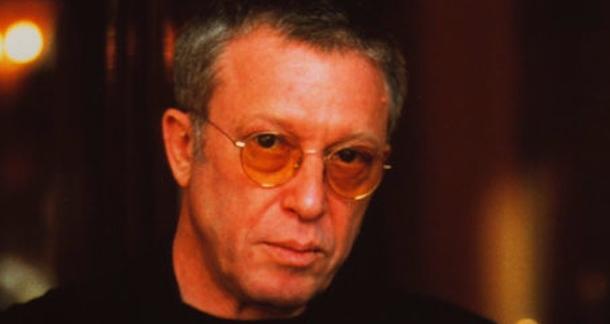 Image via the Guardian

Well, at least I think they do. I know a bunch of my writing buddies have great French publishers who fly them to France to participate in huge crime fiction festivals and signings at various bookstores around Paris. But for the most part, the only French noirists I’ve ever read are Georges Simenon (who was Belgian, but became well known during his time in France), Patricia Highsmith (yeah, I know, she was American. But let’s face it, people, once she left, she was all the way gone), and Jean-Patrick Manchette (if you haven’t already, get your hands on The Prone Gunman. But, to be honest with you, Manchette’s really more hardboiled than noir), but other than those three, the only French writers I’ve read are existentialists such as Camus and Sarte. I know, I’m incredibly lacking in my international fiction education, but what can you do? There’s only so much time in the day, and I’m usually at least a day behind on most of my writing and reading assignments, so sometimes it’s pretty hard for me to search out new American authors let alone new international ones.

But sometimes, you get lucky and an excellent author just gets dropped in your lap.

As I’ve mentioned on more than a few occasions, I’m sent loads of unsolicited novels. And as I’ve mentioned before, I wouldn’t read 99% of them even if I had the time and energy for it. But occasionally, you get your hands on a diamond in the rough. You get your hands on dirty little books about middle aged people from provincial France doing absolutely horrible, albeit hilarious, surreal shit to one another, like a man tracking down the widow of his wife’s dead lover so he can possibly murder her for being an inadequate wife. Or a quaint village deciding to go all Road Warrior on some gypsies who’re camping out down the road and despoiling the village. These diamonds in the rough which seemingly dropped into my lap were the novels of the late, great French noirists, Pascal Garnier, and they are brilliant.

Pascal Garnier was born on July 4, 1949 in Paris, France. He’s the author of 60 books for both children and adults. Along with being a prolific author, he was also a painter of some renown and also illustrated most of his children’s books. Garnier passed away on March 5, 2010 at his home in Cornas, France.

Well, as I mentioned before, Garnier is about as noir as they come. So if you’re a fan writers such James M. Cain, David Goodis, George V. Higgins, Megan Abbott, or Jake Hinkson, this guy is going to be right up your alley. Like most noirists, his characters tend to be very detached from much of humanity, and have little to no understanding of why most people can lead such dull and utterly pointless lives. Of course, most of Garnier’s characters are just as mind numbingly boring as the individuals they despise. But that’s just how most noir protagonists are—disgusted by the world at large, but just as guilty of the world's sins.

Probably the writer I can most easily compare Garnier to is Georges Simenon. Although I will say that most of Simenon’s characters are far more urbane than Garnier’s. Garnier is more preoccupied with characters in rural or suburban settings. Most of them lead very ordinary lives. They are exterminators and retirees. They’re shut-ins and students at the beginnings of their lives. They are coarse, unintelligent, and single minded in their focus.

And because of this single mindedness, it leads to some fairly whacky twists and turns in the storylines. Garnier seems to be very much a student of surrealism and slapstick comedy. Certain passages in several of Garnier’s books reminded me of the darker works of Haruki Murakami—albeit Garnier was publishing long before Murakami ever put pen to paper—and seem nightmare-like in their imagery and intensity. But at their most intense and fiendish, Garnier is able to interject a prattfall or offhanded line which suddenly lightens the overall mood before plunging it back into darkness again. Honestly, the best analogy I can come up with is this: Imagine if Salvator Dali got really depressed and decided to start writing crime fiction. Chances are what he wrote would very much resemble the novels of Pascal Garnier.

Let me start by saying that all of Garnier’s novels are extremely short. I’ve read 6 of the 7 that are currently available in translation and the longest, The Panda Theory, is only 160 pages long. So obviously all of them are incredibly fast reads. Now with that being said, I would advise you start off with the first Garnier novel I read, The Front Passenger Seat.

The Front Passenger Seat is the story of Fabien and Sylvie, a longtime married couple whose marriage is a little on the shaky side. Okay, shaky side is an understatement, they pretty much can’t stand one another. Anyway, Sylvie dies in a car accident along with a man who was riding with her in the front passenger seat, and we discover that the man was Sylvie’s lover. Fabian becomes obsessed with the man, and tracks down the man’s wife to punish her for being such an inadequate wife. The whole problem is the widow, Martine, has become roommates with her longtime friend Madeline, and Madeline is a bulldog of a woman. Obviously, hilarity and bloodshed ensues, and everyone gets exactly what they deserve.

But like every author I’ve featured in Why The F*ck Aren’t You Reading, no matter where you start with Garnier, you’re sure to find a title you’ll love.

Nice column. Garnier is indeed fantastic. THE PANDA THEORY is his best...pure black humor with a touch of Terry Southern. I don't think Simenon is nearly as dark nor as funny as PG. The translations are excellent, too.