Why The F*ck Aren’t You Reading Matt Kindt? 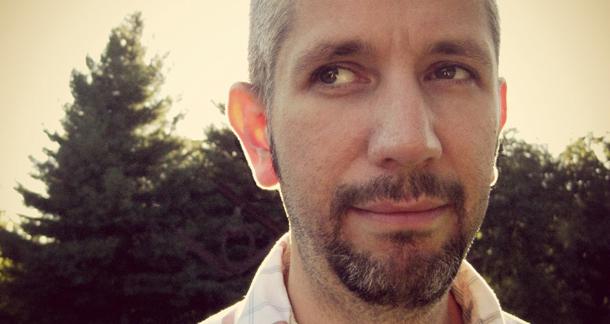 Mind MGMT reads like a combination of Twin Peaks and John Le Care at the peak of his storytelling ability.

Imagine you're on a plane traveling home from a business trip from someplace exotic. Maybe South America or Zanzibar. The trip has been a good one, your meetings with your clients were productive, they're excited, your excited, your boss is over the moon. You've enjoyed your time in this new and exciting locale. You got to take in the sights, the people and local color along with making your clients very happy, but now you're ready to be home. You're ready to be with your wife and kids; you're ready to sleep in your own bed and maybe grab a massive burger from the Five Guys down the block from your house, and all of this is only a few short hours away.

Suddenly, the world goes dark. It feels like you've been asleep; a deep, dreamless sleep. Your eyes flutter open and for some reason, you're on an airplane, surrounded by strangers, you don't know how you got there? You look around, and you notice everyone else around you has the same expression: Shock, bewilderment. What’s even more frightening, you don’t even know who you are? By the way, you don’t want to know what’s going on in the cockpit of this mystery plane, because the pilots are experiencing the exact same thing you are, and they don’t know how to get all of you out of the air.

Two years pass, you’re former life is no more. Your job is gone, so are your wife and kids, your pretty suburban house. All of the things you once loved, gone. Not that it matters to you, because you don’t remember any of it. At first, when the woman and her children picked you up at the hospital, you tried because the woman seemed so distraught. You would sit and look at her pictures with her, all the while she's asking you: “Do you remember this… Do you remember the day we got married? The day Sally was born, do you remember?” You would nod and watch her heartbreak, because she knew that wherever the old you was, he was never coming back. After a year, you simply left, knowing the woman and her children would be better off without you, and you go to live on the streets.

The media calls your incident “Amnesia Flight 815." 180 passengers, all for the exception of one small boy, had their memories eradicated with no medical explanation. It is a mystery, all except to one man. A man with a mind so powerful that he can bring peace to a war torn country or  turn the entire population of a city into blood thirsty animals. This one man ruined the lives of 180 people just so a single woman on Flight 815 wouldn’t remember a secret government agency known as Mind MGMT.

Matt Kindt is the New York Times Best-Selling writer and artist of the comics and graphic novels Mind MGMT, Revolver, 3 Story, Super Spy, 2 Sisters, and Pistolwhip, as well as Justice League of America, Spider-Man, and Unity. He has been nominated for 4 Eisner and 6 Harvey Awards.

For me there’s a more or less holy trinity of current comic book writers: Jason Aaron, Matt Fraction, and Kindt. And in my not so humble opinion, Kindt is the most gifted of the three. 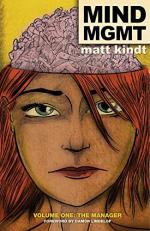 As a storyteller, Kindt is best described as a minimalist. As an artist, his panels are the definition of simplicity. With Kindt’s groundbreaking webcomic Super Spy, and the equally innovative Mind MGMT, each character and background are uncomplicated and colored beautifully in stark watercolors, giving the panels a murky sense of dread and paranoia, which perfectly matches Kindt’s complex, noir-tinged storylines.

Kindt’s current creator-owned series, Mind MGMT, is a deft combination of superhero and espionage storylines. Mind MGMT was a secret government organization which trained children with telepathic and telekinetic abilities to become agents of change. Abilities run the gamut of writers and admen who can shape the thoughts of entire populations to rise up in revolution, or calm economic fears. Telekinetics who can find a weakness in any object—from doors to mountains—and shatter it with a punch, to individuals who can heal any wound inflicted on them, essentially making themselves immortal.

The most powerful and talented member of Mind MNGT is Henry Lyme. Lyme has the ability to essentially shift reality. When Lyme is emotionally charged, he can spread his thoughts over many miles and effect everyone within his range. Because of his powerful gift, Lyme quickly rises within the ranks of Mind MGMT until he is the leader of it, at least until he believes he is betrayed by the organization, and he loses control of his tightly held emotions. He broadcasts his sorrow and anger and brings an entire city down around him. Afterward, Lyme becomes disillusioned and he decides to dismantle the agency.

Mind MGMT reads like a combination of Twin Peaks and John Le Care at the peak of his storytelling ability. The action is high energy, full of hair pin twists and turns, and the intrigue is throttled to 11. Yes, this is a superhero comic, but a superhero comic if it was written by Len Deighton with a touch of David Goodis.

Okay, obviously I have a bit of a hard-on for Mind MNGT, so start there. Currently there’s three collected volumes available of the series: The Manager, The Futurist, and The Home Maker. (Of course it’s an ongoing series, so contact your local comic shop for single issues.) Once you pick up the first volume, I guarantee you’ll be hooked.

For those of you who are a little leery of buying into super-power tinged stories, you should try your hand with Super Spy. This is the entire collected web series, so it’s essentially a series of vignettes based in Europe during World War II featuring a broad range of characters. As a whole, the vignettes are a brilliant interwoven tapestry of intrigue and action. And if you start off with Super Spy, you might as well pick up 2 Sisters, the original graphic novel that spawned the Super Spy universe.

Lastly, for you comic geeks who have to have their superheroes, Kindt has written extensively for the big two houses. But my favorite by far is his run on Marvel Knights: Spider-Man, where Kindt’s minimalist writing style is matched perfectly with the trippy, Jim Starlin-esque art of Marco Retagi. But, once again, where ever you start, you’re sure to discover an amazing storyteller at the peak of his powers (but, seriously, start with Mind MNGT).