Why The F*ck Aren’t You Reading Lauren Beukes? 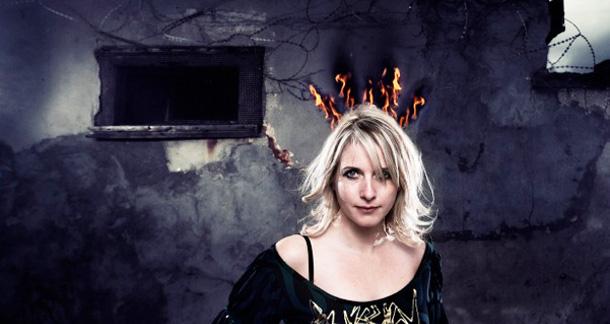 My favorite writers are the ones who just don’t give a shit.

Now I’m not talking about the Bukowski or Hunter S. types, I’m talking about the ones who just want to tell the story they want to tell. They write stories about monsters from another dimension, or time traveling serial killers, or criminals sentences to have a literal monkey (or sloth or squirrel, or pigeon) on their back for the rest of their lives for their transgressions. And they tell these stories with emotional depth and resonance. You know the writers I’m talking about: King, Atwood, Lansdale, Brian Evenson, Stephen Graham Jones, Karen Russell, Jeff VanderMeer, etc. The folks who’ve upped the game of genre blending and have the MFA bunch and genre purists sweetly holding hands and singing Kumbaya.

Yeah, those not-give-a-shit types are the best and their numbers are thankfully growing.

If you’re like me and you’re constantly searching out authors who walk the same line as the aforementioned awesome bunch of novelists, there’s someone you definitely need to be reading:

Lauren Beukes is an award-winning, internationally best-selling novelist who also writes comics, screenplays, TV shows and journalism. Her books have been translated into 26 languages and have been optioned for film and TV.

She’s won the Arthur C Clarke Award, the prestigious University of Johannesburg prize, the August Derleth Award for Best Horror, the Strand Critics Choice Award for Best Mystery Novel, the RT Thriller of the Year, the Kitschies Red Tentacle for best novel, the Exclusive Books’ Bookseller’s Choice Award and been included in best of the year round-ups by NPR, Amazon and the LA Times. Her work has been praised by Stephen King, George R.R. Martin, James Ellroy and Gillian Flynn among others.

She is the author of Broken Monsters, The Shining Girls, Zoo City, Moxyland, Maverick: Extraordinary Women From South Africa’s Past. Her comics work includes Survivor’s Club, an original horror comic with Dale Halvorsen and Ryan Kelly, due out with Vertigo in October 2015, the Fables spin-off graphic novel, Fairest: The Hidden Kingdom with Inaki Miranda, and a Wonder Woman one-shot, ‘The Trouble With Cats’ in Sensation Comics 9 for kids, set in Mozambique and Soweto.

I’ll admit that I haven’t read Beukes' comics yet or the non-fiction, but I can tell you that her four novels Broken Monsters, The Shining Girls, Zoo City, and Moxyland are blistering, undefinable reads brimming with impossible imagination.

Well, as I mentioned in the introduction, Beukes just doesn’t give shit. She’s going to write the kind of story she wants to write and the publishing marketers be damned.

Beukes just doesn’t a give shit. She’s going to write the kind of story she wants to write and the publishing marketers be damned.

She absolutely will not be classified into a single genre. Of her four novels she’s written an urban fantasy, a high tech thriller, a serial killer thriller, and a horror novel. But here’s the thing, her urban fantasy, Zoo City, is also a mystery novel coupled with social satire. Her serial killer novel, The Shining Girls, is also a time travel epic. And her horror novel, Broken Monsters, well, that shit’s a straight up horror novel. But it’s got a great police procedural and coming-of-age story mixed in there to boot. (Plus, for all of you Stranger Things junkies, the Duffer Brothers seemed to have pulled a huge part of their major plot point out of Broken Monsters.)

More or less, these are intense, read in one sitting novels that have a little something for everyone. Beukes' voice is compelling and conversational, as if when you’re reading her, she’s sitting right in front of you telling you these intense, thrilling, and incredibly fucked up stories, and no matter how horrified you are, you can’t stop listening to her. You won’t stop, because you absolutely have to know what’s going to happen next.

Alrighty, this is actually kind of a tough question because I’ve liked all four of Beukes' novels A LOT. But I also tend to be a completist when it comes to authors I like, and I typically start with the first novel when I can. Luckily, her first novel, Zoo City, was recently reissued here in the states.

But if urban fantasy isn’t your bag, I would definitely recommend Broken Monsters next. Broken Monsters is an intense piece of horror fiction which examines the nature of art, fame, wasted potential, and a fairly endearing mother/daughter subplot, and all of it takes place in everyone’s favorite decaying metropolis of Detroit. Broken Monsters is a smart, deftly structured novel that contains some truly bone-chilling scenes.

But if you’re a See’s Sampler kind of reader, Beukes has her first mixed collection (short stories and essays), Slipping, coming out from Tachyon Publishing in November. And even though I’m just starting to make my way through it, from what I’ve read so far, it’s pretty damn good.
But just like every author I’ve featured in Why The F*ck Aren’t You Reading, I’m positive you’ll find something of Buekes' that will twist your noodle.

Anyone out there a Beukes fan?

She's one of my favorites!

Minor correction: Zoo City was her second novel, not her first. The brilliant Moxyland was her debut.

@Lee Harris - My mistake and thank you for pointing it out.

Steven Schwartz from Chicago is reading The Fever by Megan Abbott September 6, 2016 - 11:30am

More folks need to read her.  Nice pimp-o-rama for a deserving author.