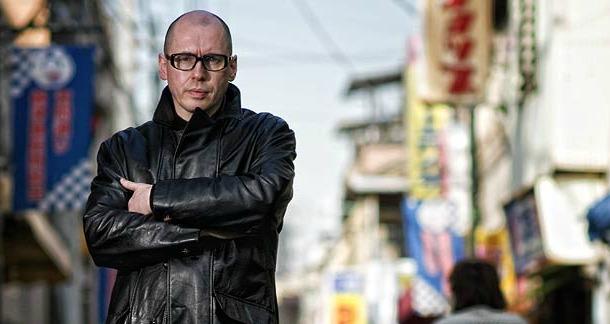 For me, the most effective serial killer stories are the ones in which the killer is used as a secondary plot device. The killer inspires anger and fear, but is practically nothing more than a shadow existing along the periphery, a ghost of abstract dread that acts as a societal mirror as opposed to a straight forward procedural where the storyteller alternates between the perspectives of the killer and law enforcement. However, using the serial killer as a societal mirror is an artistically tricky move, and more often than not, the creator(s) of fictional spree killers fall all too easily into cliche – the most recent example being Fox's ridiculous social media/serial killer satire, The Following – and their creations become pastiche of well-tread character types.

These kinds of communal serial killer stories are few and far between, and to be honest, I can only name a handful of works which easily fit the bill as “societal mirrors," with the best examples being Ellroy's The Big Nowhere and Spike Lee's Son of Sam. But the true elephant in the room of this kind of narrative is The Red Riding Quartet by David Peace, a groundbreaking, conspiracy-rich foursome of novels which not only chronicles the hunt for 20th century England's most infamous serial killer, Peter William Sutcliffe aka The Yorkshire Ripper, but examines a culture set to implode via class and cultural warfare.

As I mentioned in my WTFAYR profile of Irish novelist Alan Glynn, there are certain writers who simply need a larger canvass to chronicle the evils and corruption of the powerful and their pawns. David Peace is such a novelist. However, his narratives are more of a microcosm that don't venture far beyond the narrow, rain-soaked streets of Yorkshire, yet address larger social issues through the eyes of the working and middle classes, who are continuously betrayed by those who have sworn to represent and protect their best interests as opposed to unknowable, international shadow forces that are so commonly associated with broad spectrum crime novels.

With The Red Riding Quartet, Peace parallels the investigations into the heart-rendering murders and mutilations of three little girls and 12 women with tumultuous political, social, and economic incidents which continuously plagued the United Kingdom from the mid-1970s to the late 1980s. These upheavals are just as brutal as the murders – and in some cases, more so – and overshadow these “marginal” deaths in the eyes of the public, but not in the obsessive minds of Peace's emotionally damaged protagonists.

Eddie Dunford (Nineteen Seventy-Four), Jack Whitehead (Nineteen Seventy-Seven), Peter Hunter (Nineteen-Eighty), and John Piggot/Maurice “The Owl” Jobson (Nineteen Eighty-Three), aka the aforementioned damaged protagonists, are all of a similar nature: jaded idealists, blindly dutiful, and psychically broken by their sense of responsibility to their jobs. But because of their often misplaced devotion, they exist with blinders on, unable or unwilling to see the horrors being perpetrated by their bosses and colleagues. In the cases of “crime reporter of the year” Jack Whitehead and Chief Inspector Maurice Jobson, they are active participants in the horror who willingly turn a blind eye out of fear or financial gain.

But with The Red Riding Quartet, there are no unspoiled characters – all are guilty for the exception of the victims and their devastated families. Because of this sociopathic dread, along with Peace's descriptions of the gray damp and economically ruined towns of Yorkshire, he creates a truly claustrophobic environment. Couple this with the Ellroy-esque, staccato, machine-gun rhythms of Peace's prose and you have a series of books that are both hard-charging noir thrillers and intense works of social realism.

Without question, The Red Riding Quartet is the place to begin. The four novels are gritty, emotionally brutal, and unflinching in their portrayals of corruption and violence. Peace's feverish pacing, unique prose style, and detailed knowledge of the Yorkshire Ripper murders – Peace was raised in Osset, West Yorkshire, and was obsessed with the murders as a child – provide The Red Riding Quartet with all the makings of true page-turners.

However, if you are the type of reader who is overly sensitive to violence, you may want to steer clear of the quartet and the first two books of the Tokyo Trilogy, Tokyo Year Zero and Occupied City, and ease into Peace by reading one of his “footballer” novels, The Damned Utd and the recently released Red or Dead, or Peace's pulp history of Great Britain’s 1984 coal miners strike, GB84. Mind you, the three novels are still violent – particularly GB84, which acts almost as an epilogue to the cultural events that occur throughout the quartet – but don't possess the same grim near hopelessness of Peace's crime novels.

But as always, no matter where you start, you're guaranteed a great read.

David Peace is amazing, can't wait to read Red or Dead and I'm not even a Liverpool fan...

Matt Pucci from Milton Keynes, England is reading The Natashas, by Yelena Moskovich September 21, 2013 - 4:24am

Thanks for this, Keith. Peace has been in my orbit for a while but wasn't sure where to start. I am now.