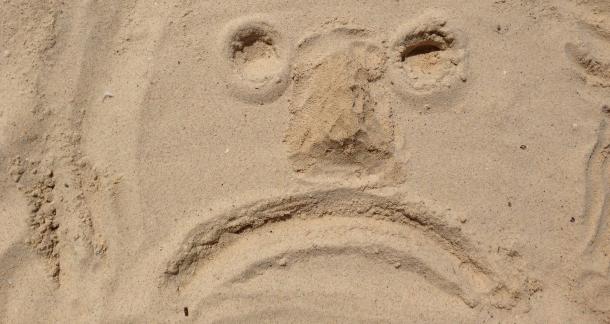 Is it just me, or do the rest of you feel like there’s a summertime slump when it comes to reading? Just this...dispassionate feeling about books that comes around every May and sticks around into September?

It’s not like you have to think that hard to come up with reasons why reading might take a backseat in summer. Summer is the most popular time to:

•Move
•Get Married
•Be Drunk On A Body Of Water*
•Vacation
•Go to a concert
•Vomit In An Alley Behind A Chuck E. Cheese*
•Sell A House
•Have a Yard Sale
•Find an Earwig In Your Toothbrush Bristles*
•Visit a National Park
•Get a Tattoo
•Sing Smashmouth’s “All-Star” three times in one night at three different karaoke joints*
•Work On A Home Improvement Project

*Just me? Especially the earwig thing? Because that really happened, and I see it every time I close my eyes.

Basically, summer is the most popular time to do everything but drink cocoa, celebrate Christmas, and ski. And maybe read.

But I have to wonder, is there a real reason reading bores me in the summer?

There’s a publishing tradition to take it easy in the summer. There’s some applicable song about summertime and cotton and taking it easy that probably gave them the idea.

It makes sense that you’d take it easy in summer if you’re in 1960’s New York and perhaps your building doesn’t have A/C and you’re wearing a crushed velvet Austin Powers suit. Apparently, despite modern conveniences like climate control and non-velvet fabrics, the tradition of slowing down in NYC summer still exists. Lots of publishing houses work short hours in the summer, especially on Fridays. They’ll be quick to tell you that they usually OVERwork the rest of the year. Yeah, yeah. Save it for my rejection letters.

Point being, publishers aren't exactly putting on their best razzle dazzle to hype us up about hot new releases in summer.

On one hand, it’s pretty lazy. On the other hand, I’m pretty sure even New York’s most famous citizen, the Amazing Spider-Man, would probably take afternoons off in the summer. Otherwise, wouldn’t he be scorching his fingers and toes on hot buildings all day?

Besides, I’m not one to give up a holiday or work slowdown. I’m still pissed we got rid of Columbus Day as a day off. Not because I care about that guy, just because we should have replaced it with another holiday by now, maybe a two-day affair to make up for lost time.

This summer you’ve got Incredibles 2, Jurassic World 2: The Parkening, Ant-Man And The Wasp, Mission Impossible: The Codex Prime Directive Strike (or something). All within about two weeks of each other.

12 of the 20 biggest box office months of all time are Julys. 16 out of 20 of Hollywood’s biggest months are summer months.

Now, how am I supposed to read about the crushing ennui of living in a dying former steel mill town when I can watch Chris Pratt and Bryce Dallas Howard search through dinosaur droppings for the remains of Neuman (or whatever happens. I feel compelled to admit I didn’t catch Jurassic World 2 in theaters)? How is a Victorian tale where every stick of furniture is described in painstaking detail supposed to grab my attention when I can watch Tom Cruise grab a missile and fly into a volcano that erupts and Simon Pegg makes a great quip about it (again, missed it myself, but you get the drift)? 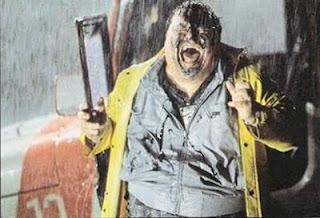 Summer movies are a lot of fun, and they’re best experienced on the big screen. Those books? They’ll still be there once the fun is over and the Incredibles have all learned a lesson about family/togetherness/being different/friendship/love/responsibility (close? Missed that flick too!).

Summer makes a lousy theme for a book list. I end up dismissing every option because I either chuckle and say, “Feh, mindless” or snort and say, “Who are you trying to impress with that copy of Infinite Jest on there? Who do you think you are?”

Don’t even get me started on "Beach Reads." Whose idea was that? It’s not like anyone makes other lists of habitat-specific books, like “Read These Books In A Swamp” or “15 Books You Have To Read While Experiencing The Singular Horror of Winter’s Cruelty In an Alpine Tundra.”

The School System Conditioned Us

That’s what it always felt like at the beginning of summer, anyway. Summer was going to last forever this time. I’d never pick up a book again!

I think my brain is still wired to use summer as a time to avoid scholastic endeavors. “Don’t read in summer, dummy. You’ll have to read a bunch of boring crap when you go back to school in a few months. You need to build up your desire to read by not touching a book. In fact, if you could forget which way books open, that’d be a sign you had a great summer.”

When is roadwork happening? Summer. When do we light torches and hang neon wasp cones of death just to stem the tide of insects? Summer.

Libraries do summer reading stuff to prevent what they call “summer slide,” which is the effect that comes from students doing nothing school-like for three months. A reading program connects kids with books, and this connection helps them retain what they’ve learned over the school year.

It’s a good mission, but the nomenclature is working against them. Has there ever been a ride that sounds more fun than this “summer slide?” A slide you go shooting down all summer long? A slide so great that it actually allows knowledge to leak out of your head? If there were a rollercoaster called “Summer Slide” that was so awesome and intense that it made me lose knowledge, I’d be pretty tempted to climb aboard, and I’m not someone who can afford to lose a lot of smarts. Like a week ago I turned a doorknob with the same hand that was holding a cup of coffee, and when I turned my wrist I poured the coffee on the floor.

Reading prevents summer slide. And maybe there’s a part of me that equates reading in summer with year-long, non-stop learning. And maybe that rebellious, anti-intellectual side just can’t cotton to the idea of learning ALL THE TIME.

I say, No thanks. Now if you’ll excuse me, I’ve got coffee to scrub off the floor.

I Hate The Summer And Simply Want To Wallow

Look, summer is not my favorite time of year. Lots of people think I’m nuts, but you all, all you filthy summer lovers, you forget about the many horrors of summer.

When is roadwork happening? Summer.

When do we light torches and hang neon wasp cones of death just to stem the tide of insects? Summer.

When do we get out of the shower and have a hard time knowing what’s sweat and what’s water? Summer.

And books can provide an escape. But I’m grumpy in the summer. I don’t want to be consoled. I want to wallow. Why can't you people just leave me alone (on this very public web site) to wallow?

Am I wrong? Is it just me? Not the earwig in the toothbrush thing, the reading thing. Do you feel it too?