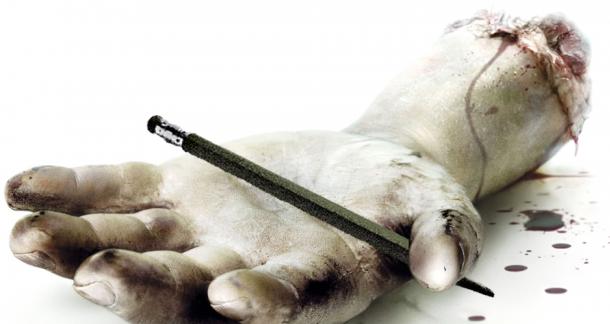 Jigsaw just wants to make people be their best selves. He’s a secular humanist and a post-modern self-help guru. Is he a psychopathic mass-murder? I mean technically yes, but I think Jigsaw didn’t find his true purpose—being the best writing mentor of all time. Yes, his love of torture is a bit extreme, but Jigsaw understands the human heart and the power of narrative. His heart is in the right place and he could help many beginning writers find their true voice.

He Makes You Understand The Bigger Picture

If you are working on a book with Jigsaw you are not going to get away with writing fluff about meaningless topics. Jigsaw is going to encourage you to get existential and focus on death. As your writing mentor, Jigsaw might implement a trap where if you don’t write the most amazing first chapter you ever wrote, your hand will be chopped off. You will feel the threat of horrible pain and death, and then understand that life only has meaning when we accept such threats. You will write that first chapter, you will keep your hand, and then another chapter will follow.

You write two lazy prose sentences then the drill moves another inch closer to your skull.

Yes, Jigsaw has some major character flaws, and he really needs to moderate his methods of motivation, but like a seasoned football coach, he has an excellent system. He’s got pig masks, cassette tapes, clues, torture traps, and brainwashing in his arsenal. Jigsaw's methods are proven to get things done. Each Saw film is like a writers retreat with a whole new cast of characters, and it is Jigsaw’s system that prompts decision making and gets the desired results. He knows how to push people’s buttons to achieve the highest act of self-actualization, and he does this from the grave! Jigsaw will help you figure out a system to write your best novel and ways to put your characters in scenes where they’ll be transformed by the end of the book.

Revision can feel like torture. You look at your flaws, where everything went wrong, and you have to dig deep to make something beautiful out of something mediocre. Jigsaw might strap a drill to your skull and turn it on every time you don’t have your character arcs mix with causality and theme. You write two lazy prose sentences then the drill moves another inch closer to your skull. Many writers quit or procrastinate on revising a novel, so why not let Jigsaw add some creative motivation to bring out your best for the final draft? Either you get that draft right or you die with a drill in your skull.

He Teaches You Empathy for Others

Even though Jigsaw uses very psychopathic methods, he is a man of great empathy. He might be a Will Graham gone nuts type of empath, but he is always trying to understand his victims. Technically he’s never killed anyone, he’s just an empath who has snapped. These are not good skills for a life coach—that’s the unofficial Jigsaw job–but these skills can be helpful when it comes to mentoring young writers. Being able to empathize with real and/or fictional characters will always make a writer stand out. Let Jigsaw give you a speech about your characters and you will see them in an illuminating and empathetic light.

No Pain No Gain 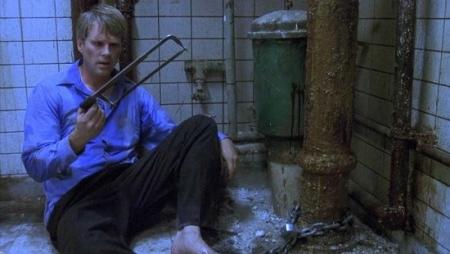 Jigsaw understands that life is about growth and expansion, and I don’t mean by cutting off limbs. He goes after people who are refusing to grow and be their authentic selves. Any writer worth a damn has to always strive to grow. Growing is painful and accepting that your current work is not up to snuff—it hurts. This is how enlightenment and self-actualization as an artist happens, in seeing the awful truth and pushing through pain and sawing through that shitty first draft until you flesh out the true story that lies hidden in the meat and the bones of what you are writing.

It's clear Jigsaw missed his calling. Or one of his callings. Which horror icon would you take on as a writing coach?