Why I Listen to Audiobooks and You Should Too 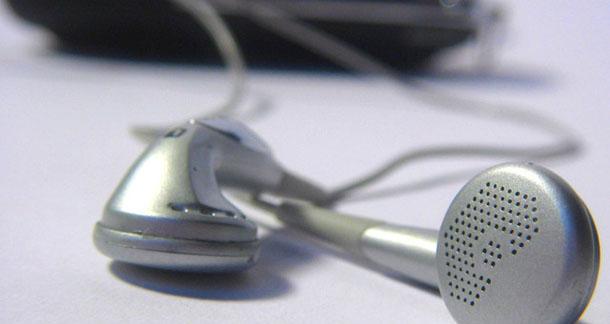 I’ve listened to audiobooks most of my life. When I was younger I used to listen to audio cassettes before bed and on long car journeys. I especially remember listening to C.S. Lewis’s The Chronicles of Narnia again-and-again. Thankfully technology has progressed and I don’t have to carry multiple cassettes and a cumbersome Walkman if I want to listen to audio on the go. These days I can download or stream audio from my phone thanks to audiobook services like Audible, LibriVox and iTunes. I adore audiobooks and audio stories in all their guises. I consistently listen to over twenty hours per month on Audible alone, with December reaching a personal high at sixty hours and one minute (thank you Christmas break). I think you should listen to audiobooks, too, and I hope that in telling you a little about my experiences with them you’ll consider downloading your first.

Let’s be honest, there are various tasks we perform throughout the day that at best aren’t conducive to getting things done or staying productive, and at worst are plain boring. I’m thinking of household chores like washing-up and cleaning, but also all that time we spend commuting. This is dead time when we’re just going through the motions of life, when we could be expanding our minds and scoffing down delicious slabs of audio chutney. Whether audiobooks, radio dramas, podcasts, or interviews, I urge you to listen to audio next time you’re carrying out domestic duties. You might even find you’re so into the audio you have a cleaner house—result!

There’s so much to choose from whether novels, short story collections, audio dramas, non-fiction, essays, or lectures.

It was around 2013 that I decided to listen to non-fiction audiobooks for the express purpose of self-development. I was already listening to podcasts for similar reasons: The Smart Passive Income (for business), The Creative Penn (for independent publishing), and The Paleo Solution Podcast (for health and fitness). And what an introduction to non-fiction audiobooks I had, kicking off with Story: Substance, Structure, Style, and the Principles of Screenwriting written and narrated by Robert McKee. Alongside Stephen King’s On Writing (also available as an author-narrated audiobook) it’s perhaps my favourite book on the craft of writing. Don’t be put off by the mention of ‘screenwriting,’ Story has solid advice for writers of all types of fiction, and is a book that like King’s I’ll revisit again-and-again. My only complaint is that the audiobook is abridged, but at over six hours there’s plenty of wisdom to absorb. After Story I listened to Lawrence Block’s The Liar’s Book: A Handbook for Fiction Writers which collects together ten years of Block’s monthly Writer’s Digest column. Block is a four-time Edgar Award-winning crime writer with over fifty-years of published material and this is well worth listening to.

But it’s not just how-to writing books that I listen to. There’s Robert D. Hare’s fascinating exploration of psychopathy, Without Conscience: The Disturbing World of the Psychopaths Among Us, there’s Warren Fellows’ haunting account of time spent in Thailand’s notorious Bang Kwang prison, for minimalism there’s both Leo Babauta’s The Power of Less and Everything That Remains by Joshua Fields Millburn and Ryan Nicodemus, and we haven’t even mentioned some of my favourite listens of last year which include The One Thing by Gary Keller, Essentialism by Greg McKeown and So Good They Can’t Ignore You by Cal Newport. There’s even ‘The Great Courses’ series, comprised of lectures from top Universities and leading professors on a variety of subjects. Living in Japan I’ve found Understanding Japan: A Cultural History particularly useful. Professor Ravina’s twenty-four lectures span the dawn of Confucianism and the Meiji Restoration to World War II and the economic miracle years of 1955 to 1975. Also of note are Professor Brooks Landon’s Building Great Sentences: Exploring the Writer's Craft and Professor James Hynes’s Writing Great Fiction: Storytelling Tips and Techniques.

Go At Your Own Pace

If you want to listen to more audio but can’t create more time (something I’ve yet to master) then the next best thing is to pack more into the time you do have. I love that so many media players now enable you to adjust the audio speed, including Audible and my favourite podcast player Overcast. For non-fiction I find listening at 1.5 speed is ideal for consuming and retaining everything. Fiction I need a little slower so opt for 1.25. Though I may seldom turn it all the way up to 2.5 (it doesn’t go to 11 …) if I’m not feeling a book but still want to finish it.

I’ve listened to a variety of language audiobooks and courses (my favourite for Japanese being JapanesePod101) which have really helped improve my listening comprehension. I recommend listening to these at regular speed. The next level in language acquisition is to listen to foreign books in their original language. This is where you might consider slowing the language down if you’re having difficulty catching all the words. A number of media players will enable you to go down to 0.75 speed for that “oh boy what have they been smoking” effect.

There’s something special about having the author of a story read their story to you, especially when they provide story notes and/or an introduction, as is the case with Stephen King’s Just After Sunset and Neil Gaiman’s Trigger Warning: Short Fictions and Disturbances. (FYI: Most Neil Gaiman audiobooks are narrated by Neil himself.) Another author who’s great at narrating his own stories is Chuck Palahniuk. He narrates a number of stories in his Make Something Up collection.

Other author-narrated books currently on my ‘to listen’ list include Tenth of December by George Saunders, Bad Behaviour: Stories by Mary Gaitskill, and Beloved by Toni Morrison.

There’s so much to choose from whether novels, short story collections, audio dramas, non-fiction, essays, or lectures. I’d be remiss not to mention two of my favourite fiction listens from the past year, both from Haruki Murakami: his short story collection The Elephant Vanishes and arguably his most famous novel The Wind-Up Bird Chronicle.

Whilst most audiobooks are an exact audio reading of the print book, there’s been a recent rise in audio dramas. These are similar to old radio dramas with soundtracks, effects, and a full cast of actors. There are various audio productions under the ‘Audible Originals’ banner with big names attached, too. Tim Lebbon’s Alien Out of the Shadows is directed by Dirk Maggs and stars Rutger Hauer. The audio adaptation of Joe Hill and Gabriel Rodriguez’s graphic novel Locke & Key features the likes of Haley Joel Osment and Tatiana Maslany.

For those persuaded to listen to an audiobook for the first time, Audible usually has introductory offers and free trials so that’s a great place to start. Do also take advantage of the preview function to determine whether the story and narrator is a good fit for you. Over on LibriVox there are public domain titles free-of-charge, though as these are read by volunteers the quality is a little varied. And remember, a lot of audio services have a simple return policy so if you pick a book that isn’t quite right for you you needn’t be stuck with it. So dive right in and let me know what your favourite audiobooks are in the comments.

Chris Norbury from Minnesota is reading Word of Honor by Nelson DeMille February 25, 2017 - 9:16am

Most respectable libraries have a wide selection of audiobooks one can borrow too, for those with limited budgets.

My wife and I used to "perform" our own audiobooks. On long vacation road trips years ago when our car didn't even have a cassette player, we would bring several books along that we chose together and take turns reading them aloud. The passenger would be the designated reader, of course.


We finally got a cassette player in our next car and moved up to tapes, which were notorious for breaking halfway through a book (these were library borrows of course). Then on to CDs, which still have a noticeable number of scratches in them if borrowed from the library. Why do some people not treat items on loan as well as they would something they owned? Or do they abuse their own stuff too?

Now I have an MP3 player and easily listen to15-20 books per year. Most of the time I listen while exercising on treadmills or walking outside. A great way to fill that time.

author of Castle Danger. Check it out at https://chrisnorbury.com

Let me add KIDS to this list. Since becoming a parent (now of 2, with number 3 on the way), I do NOT have the time nor the eyelid strength to read anything on an actual page that isn't baby Tylenol dosing info. Audiobooks SAVED me. I still get to read new books (usually during my commute or sometimes while laying down with a baby). Otherwise, like movies, I would just have to wait until they graduate college to get some damned quiet time and enough energy to keep my eyes open past 9 pm. Honestly, if I can't get it in audiobook form, I'm not going to have time to read it. I LOVE them.

SshImreading from The Book World is reading Lincoln in the Bardo, by George Saunders March 30, 2017 - 10:22am

I can think of two books I could not get into except by listening to the audiobook. First was Angela's Ashes, which seemed too tragic at first read, but listening to it I could hear the humor and the heart in it. (Also author-read, the great Frank McCourt) The other was Their Eyes Were Watching God, by Zora Neale Hurston, read by Ruby Dee.

I, for example, like reading paper books. I need your help...I decided to create a logo for my company. As it turned out, I exaggerated my abilities a little. One painting skill was not enough. We must be able to combine colors, create creative ideas. There is only one way out - either contact the web design studio or learn and learn again. Who will advise literature with updated information on the development of logos? Thank you in advance.