Why Giving Books as Christmas Presents is a Bad Idea 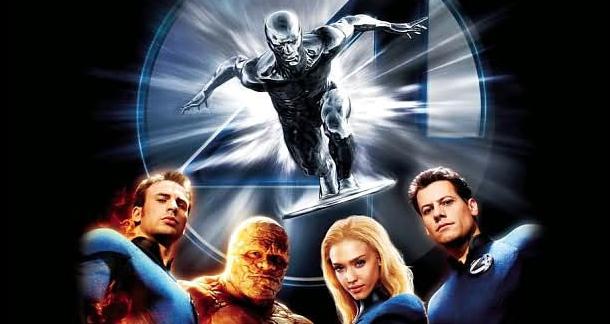 Shopping for Christmas presents is always hard, especially as you get older. When you’re a kid it’s easy: you want toys, and for the most part you don’t have to buy anything for others. But as you pass by your 20s and enter nebulous adulthood, you have to suss out two things: who do I get presents for, and what do I get them?

The first is obvious: it includes immediate family and maybe close friends. But there’s a good chance your family includes parents that are older and more financially sound than you. To paraphrase a famous saying, what to get people that have everything?

For the avid book reader, there’s a good chance you already have the books that you want because, like a junkie, you’ve gotten the next book in the series immediately after finishing the last. And letting friends or family know that you most definitely want Wolves of the Calla, the fifth book in Stephen King’s The Dark Tower series, for Christmas so you can finish off the series before the movie comes out next year doesn’t leave a lot of room for surprise. But letting people, especially those that maybe aren’t avid readers or aren’t on the same wavelength as you, head out into the wild to select a blind-buy for you can have disastrous results.

Three such occasions have transpired in my life: two when I received gifts, and once when I gave one.

The unfortunate thing about receiving a gift with the giver in the room is you have to put on your best face. Giving and receiving Christmas presents is really a first-world concern, and a privilege that must be approached with grace and gratefulness. No one wants to be Dudley Dursley screaming about getting 36 presents instead of 37 the year before. So it’s not so much that I’m ungrateful as baffled by these past experiences.

Disclaimer I don’t often divulge: I am happily married with two children, but this is my second marriage. This is pertinent information for the stories that follow, as I was married before from 2006 to 2009 to a woman that at the very least did not understand me, and that applies doubly to her family.

Now they were perfectly nice people that on more than one occasion saved my bacon, but in 2007 my former mother-in-law presented a coloring book to me as a Christmas present. This was the year that Fantastic Four: Rise of the Silver Surfer, a movie best forgotten, came out and so, believe it or not, the merchandise was abundant that holiday season. On Christmas morning, among other admittedly fruitful and delightful presents, I found this collection of lightweight paper and childlike, colorless drawings in my hands.

Now I’d never hidden my love of comic books and superheroes from these people. And this was a year before The Dark Knight and Iron Man rocketed erstwhile crimefighters into prestige and the mainstream. But at this point in my life I hadn’t held a coloring book in almost 20 years. I certainly never expressed an interest in them, and wasn’t an artist of any kind. This was also, by the way, long before the rage of adult coloring books had taken hold in modern, millennial America. So what was she thinking?

It was an eye-opening experience, because it dropped the veil from my eyes: this is what these people thought of me. I was in grad school working on a Master’s in English literature and was a little over a year away from starting my teacher career, and they thought I had the hobby of an adolescent. And they were okay with it. I still don’t know what’s worse. Not that there’s anything wrong with enjoying some good ol’ fashioned coloring, but it was quite the jump to make with the possible father of your future grandchildren (of which I did not, gratefully, turn out to be).

The second occasion was perhaps the beginning of the end for my first marriage. My then-wife and I went to her uncle’s house about an hour north of Cincinnati. Fittingly the place was a former funeral home, and occupied by basset hounds that were prone to biting your nose if you approached their food bowls unexpectedly. A good bit of her family was there, including the aforementioned in-laws and two aunts, so the room was full when Christmas morning arrived. As this was 2009 I received, amongst other things, a motion comic book of Watchmen that to this day I’ve never actually watched, but that at least showed some common sense with relation to my four-color habit. But then the ex-wife handed me a tiny package wrapped in colorful paper. 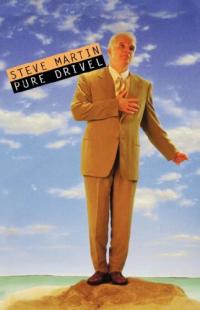 And it was Pure Drivel. Literally, the collection of Steve Martin short stories from 1998. This in and of itself was not an out-of-leftfield choice as I love Steve Martin. I love his movies, everything from Three Amigos to Parenthood, and had listened to his novella Shopgirl in audiobook form, as I wrote about in another recent article. No, what was shocking about this book appearing before me as a gift was that I already owned it, and my ex-wife knew this. Or she owned it and brought it into our marriage, as it had sat on our shared book shelf for years at that point. She had pointed it out to me on more than one occasion, always insisting that I should read it.

Now there could be a few reasons for this. Certainly the first one is that we weren’t rolling in the money at the time. I was working a full-time job as a bellman at a Hilton and drudging my way through school. And she was, I believe, a cashier at a Target. But we weren’t starving or anything, and I had certainly gotten her a few things within a reasonable budget. So it couldn’t be that.

The second reason could be that she genuinely wanted me to have it and forgot that I knew it was sitting on our book shelf. Certainly the latter must be true, because I looked up into her eyes waiting for the punch line and didn’t see a hint of mirth. She really, honestly thought I wasn’t aware of this book’s existence, and that I would be pleased to receive it.

Or maybe that’s not true, and there’s a third option. It’s very likely that the love had already gone out of our marriage and she just did not care. I don’t think it was a challenge or anything, like she was trolling me, but that she was desperate for something at the last minute since she hadn’t put any effort into a gift. What slapdash job can I throw together in the eleventh hour?

Or it was some combination of all three.

Now just to balance this out so it doesn’t become all about my ex-family like I’ve got some axe to grind, here’s an instance where my gift-giving abilities were less than impeccable. My brother and I didn’t give each other presents growing up, but around six years ago or so I decided I wanted to be generous and get him something. I had grown into manhood and had the funds, so I set out to buy a gift. But I’ve never been good at this, as I’m a pragmatist and come from a family of pragmatists. My mom, for instance, had at some point about a decade ago just started giving me money, and from other family members I’ve gotten gift cards on more than one occasion. My brother is very similar.

So I dug down deep…and got him a graphic novel. I did this because comic books are what I know, and he used to like them when he was a kid (but had very much grown out of it, unlike yours truly). And it wasn’t just any graphic novel; it was a book that could live up to the term graphic novel: Feynman, about the famous physicist that, amongst other things, worked on the Manhattan Project. Written by Jim Ottaviana (T-Minus: The Race to the Moon) with art by Leland Myrick (The Missouri Boy), it was a New York Times Bestseller released in October of 2011 that went on to win many awards. But when I handed it to my brother he gave it a look that said everything, followed by the utterance, “Gee, thanks.” I’m not sure if he even went on to read it.

To be fair, that year he gave me Glen Duncan’s The Last Werewolf because he had “heard about it on NPR.” Best known for his 2003 release I, Lucifer, told from the point of view of the devil, Duncan is a famous writer heralded for his intelligence and deep thematic resonance. And yet, I’ve never cracked the binding of The Last Werewolf. There’s a good chance I may even like it, but what it really comes down to is I have this bias. Books are highly personal, and I guess there are trust issues here because only I can really choose what book I should be reading. They are a glimpse into my mind and soul, and your choice says a lot about what you think of me.

So just don’t open that Pandora’s Box. You’re saying a lot with your choice, and what if you’re saying the wrong thing? You could be belittling the person, or may have misinterpreted their taste. But since it’s a gift, there will always be this pressure to read the book against their will. And that leads to resentment.

And there are better things to worry about.

Totally agree with you! Firstly, for some reason, everyone thinks that they know the tastes of others, and this is not so. As a result in the house, a lot of unnecessary books are formed, which you will never read. Here - https://craftycandydonut.tumblr.com/ I read that this is a psychologically sound opinion)