Why Crime Authors Need to Stop Pretending They're Badasses 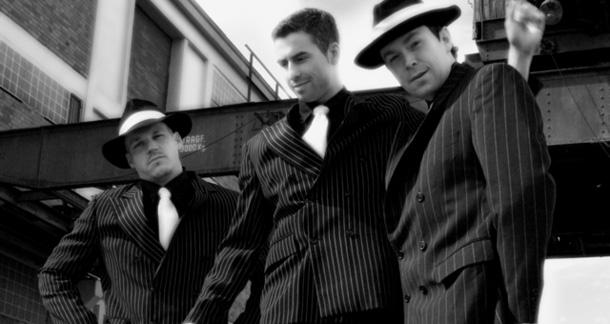 Sometimes I sit down to write an essay and, halfway through, stop and wonder if ruffling all those feathers is worth it. Then I remember that ruffling feathers is my job, and I finish the thing.

At least I haven't received any death threats in a while.

In any case, this is the age of unpopular opinions. Having unpopular opinions is popular. That being said, most unpopular opinions are things like "I don't think Taylor Swift is a great songwriter" or "Mayonnaise is kinda spicy." I usually tackle things a tad more divisive than that, things like submission fees, racial issues, and the fact that The Cabin in the Woods isn't half as smart or as meta as folks say it is (fight me!). Anyway, this time around, I'm here to say two things: a) crime fiction writers with no street cred need to stop acting like they're badasses and b) the themes, people, and actions dealt with in crime fiction deserve a little more respect than what some authors give them.

As you know, sometimes an essay is as much about what you're not saying as it is about what you're saying. Because I don't want that to be the case here, I'm going to be very clear about some things before I get to the two aforementioned points. First, I think everybody and their dog should write crime fiction. I don't believe in "write what you know" as a rule of thumb. I believe in writers exploring new things, flexing new muscles, and writing whatever the hell they want to write. Second, I'm not saying certain people need to write crime fiction just because they have had considerable direct contact with the street life. Again: write whatever makes you happy. The more crime fiction out there for us readers, the better. Third, this piece isn't meant as an insult to any group, demographic, convention, writer, etc. If you take it personally, stop and ask yourself why before starting to drop comments here about me being an asshole (I'm gonna ignore them anyway, so if you feel the need to do that even after some self-reflection, then be my guest).

Be like the great crime authors out there who, regardless of their background, do their research, write with humanity present, and never make a joke out of their genre.

Now, take a second to think about what I'm talking about here. Think about photos from conventions where a group of relatively wealthy white women pose together and then add "Look at this bunch! The cops are looking for us right now! LOL" Hey, you need to tuck your privilege back in. Cops coming for you isn't funny. Cops coming for you in the age of Philando Castile, Freddie Gray, and Stephon Clark, to name just a few, isn't hilarious. Actually, saying the cops are after your ass is as funny as cancer. Stop it. Same goes for those sitting on a table after a reading and taking pics throwing up fake gang signs. In some places, throwing up the wrong hand gesture will get you killed. Don't do that. Writing crime is about writing compelling narratives, not about pretending that you live them while complaining you have to pay too much in taxes because you made too much money last year. In fact, go back and look at the names and faces that overwhelmingly dominate not only the photos taken at those conventions, but also the list of those nominated for awards. Here's a fact, Jack: y'all are putting crime conventions together that most of us can't afford to go to. Hell, there was one of these conventions held in Canada recently. For those who don't know it, there is a long list of crimes that will make you inadmissible to Canada. In other words, you want crime fiction to come from people with no criminal past. Screw all those writers who have convictions on their record, and let's throw blacks from the hood, browns from barrios, and those who were addicts at some point in the same boat while we're at it.

Maybe by now you're wondering why this gets to me. I'll tell you why. To my knowledge, I've interacted with individuals who have killed others at least three times in my life. Only one of them talked to me about it at length, and it was a childhood friend who avenged his mother's death. The other two were quiet, normal people who liked to talk about anything other than what they did with a gun. I respect them. That's why only one of them has made it into my fiction. (My friend shows up in Zero Saints because he really went with me to talk to a guy and ended up pulling a gun and sticking it in the guy's face.) The point is this: the street has rules, and one of those rules is silence. Also, death is not funny. I'm willing to let you write about violence and hustling and killing and drugs and whatever in the way that you want, even if your fetishization is obvious, but I at least expect you to have a bit of respect for people whose everyday life is just like one of your stories. Maybe writing crime fiction is your thing, but you change sidewalks when I'm coming down the same side of the street or you hold your bag or backpack or purse tight when a black man walks close to you. Fuck that. Be inclusive. The streets you write about are full of people who also write about them, so learn to be more open, more accepting, more diverse, more understanding with those from the other side of the tracks.

I'm all for swag and flexin' and attitude, but don't Blood walk into a reading like you're strapped and ready to do business if that's not the case. Horror authors don't claim to be exorcists. Erotica writers don't walk around screaming they're horny. Why do crime writers try to embody what they write about? Listen, write about death like we all do, but know that those deaths are sometimes real. They shouldn't be a joke. Frontera violence is real and shouldn't be a joke. Meth labs and folks with guns and no teeth are real, and you writing about them like they belong in a circus is disrespectful. Don't do it. Also, try to pluck out all the judgemental shit from your writing. You're reading an essay right now that was written by someone who did some bad things before he was 18 and then got lucky, someone whose actions have fallen on the wrong side of the law many times, and someone who doesn't immediately judge others because poverty has forced him to do shit like steal toilet paper from work to get by. Those things don't make me; they are part of me. The same applies to every crime writer out there because we all have a past.

While, as stated above, I think everyone should be able to write about whatever they want, I also think every writer should be held accountable for what they put down on paper. For example, there are too many white dudes out there who love dropping the N-word even when it has no place in a story. At the end of 2017, some guy called me a spic on Twitter. He was a crime writer who thought he was a badass. I bet you a dollar he wouldn't say that shit to my face. See? It's all about respect. Respect all writers regardless of background. Respect the reality of violence and death. Respect what goes on around los carteles and gangs in the US. Respect the fact that some bad decisions are made out of desperation. Respect the streets and the millions of lives that are touched by them every damn day. Respect poverty. None of these are a joke. In other words, be like the great crime authors out there who, regardless of their backgorund, do their research, write with humanity present, and never make a joke out of their genre because, like or not, crime fiction is the genre that most approximates reality.

I knew someone who went to prison for conspiring to murder his wife. He was white, educated and looked like anyone else sitting in a church meeting room. Flip side; I've worked with drug dealers in Baltimore and gang kids. And some of them kicked the crap out of me just the same way the white girls I went to elementary school did, because I'm not a bad ass.

Terrific essay, Gabino! I would really like to see some examples of what you're objecting to. Not specific ones with names, but generic instances of posturing, disrespect, and other forms of cluelessness.