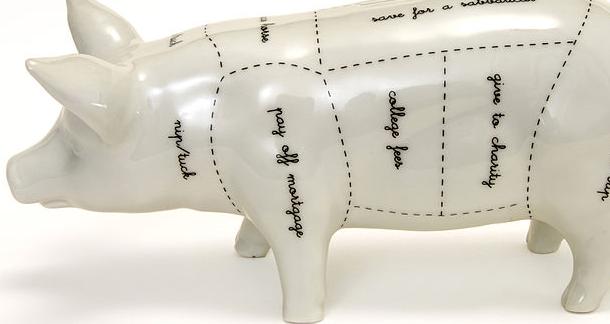 Pardon my French, but when a required textbook costs up to $300, it’s time to resort to expletives. September comes as a punch in the wallet for students everywhere. I doubt anyone will die of shock to hear that the price of higher education is out of control. It’s astronomical in the most literal sense; college bills have shot through the roof, past the stratosphere, and are hanging out somewhere near the Milky Way.

Textbooks aren’t the most significant of the fees associated with college, but the cost does add up over the course of several semesters. Differing studies have found that the average U.S. student spends between $600 and $1,200 a year on textbooks and supplies. If there was one question I heard over and over again while working at a textbook annex, it was this: why? What exactly makes textbooks so expensive in comparison to other printed literature?

As with any complex problem, there’s some divergence on the answer to that. A Mental Floss article writes that basically, with all the fancy graphs and glossy pages in textbooks, companies claim that production costs are much steeper. The National Association of College Stores has stated that 33 cents out of every dollar involved goes towards the production of a book. To be fair, textbooks usually have far lower circulation numbers than most novels, which does keep printing costs high for the limited number of copies entering the market. But if that sounds fairly unlikely to you when posed as the sole reason for a three-digit price tag, you’re not alone.

Textbook Spyder, an online search engine for textbooks, broke down where every textbook dollar goes. The takeaway is that while printing costs are indeed high, there’s still room for retail price optimization. In February 2014, a report by advocacy group PIRG estimated that the price of textbooks rose 82% between 2002 and 2013. That’s a far steeper rise than the current rate of inflation should allow. The report concluded that, “Not only are students choosing not to purchase the materials they are assigned by their professor, but they are knowingly accepting the risk of a lower grade to avoid paying for the textbook.”

Another issue in a convoluted situation is that, as a recent New York Times article points out, students themselves don’t want to let go of books for significantly less than what they originally paid. It’s a natural impulse, but yet another factor in what drives the Ouroboros of high prices leading to still more high prices. And a discussion of textbooks wouldn't be complete without touching on the role of the course instructor. While many professors make an effort to use less expensive course materials, inevitably, there are some who don't place the price of a text as one of the more important factors in its selection.

There are a few ways to reduce your textbook bill, but none of them are ideal. Federal law requires that colleges post an online list of course materials before a class begins, allowing for students to make price comparisons. Textbook rental companies take some of the bite out of the most expensive titles that can’t be purchased used at an affordable price. There’s no resale value at the end of the semester, of course, because you don’t own the book, but it’s a much smaller fee to swallow.

In November of 2013, two senators introduced the Affordable College Textbook Act, which would make textbooks openly available to students for free online. It would also require the Government Accountability Office to provide an updated report on textbook prices to Congress by 2017. To learn more about the bill, or to show support, click here.

An Agent is a Living M.F.A.

Dwayne from Cincinnati, Ohio (suburbs) is reading books that rotate to often to keep this updated September 4, 2014 - 3:27pm

Because they have an oligarchy.  Once the professor pics the book you can set the price at whatever you want, the kid can't use another book.

Then there are all the new editions. My husband teaches two classes with textbooks that have just updated to new editions and he is required by his department head to use the new books, because all the online supporting material has also been updated and the publisher no longer supports the old editions. He hates this. He knows what a burden it is for last year's students who now can't sell their used books and this year's students who have to buy new. It's also a burden for him because he has to rewrite his syllabus and online assigments. So, don't blame the prof (unless the prof wrote the book, comes out with a new edition every three years, and requires the students to buy it.)

I find the financial "cuts" of the pigs in the image highly inaccurate. I wish I had as much money  to give to "charity" that goes to my mortgage. And all that delicious headcheese only covering my month "nip/tuck" bills? I think the author greatly underestimates the value of a good pig-head stew!

They should really get textbook .pdfs up on torrent sites more...

Dwayne from Cincinnati, Ohio (suburbs) is reading books that rotate to often to keep this updated September 9, 2014 - 1:30pm

@Thuggish - I'm not sure that is a sustainable solution.  I'm not sure what would be, but they somehow need real competition.

Why don't we just acknowledge the obvious. The reason textbook prices are out of control is the very same reason tuition costs are out of control. It's because with a 'for profit' educational system the goal is not education, it's profit. Of course the way to max those profits is to bleed the student dry. Oh, by the way, within the system they are no longer referred to as students, they are now 'customers'.

Dwayne from Cincinnati, Ohio (suburbs) is reading books that rotate to often to keep this updated November 5, 2014 - 2:51pm

@Harold - That is a bit simplistic of a view that doesn't take into account social pressures to get a degree or academic pressures for research.

I loved your Article and how you avoided pinching the fact that there's a bunch of corporate interests in it...i googled why textbooks are so fucking expensive since i was looking for a reason on why texts from 1998 are being sold at a price as high as 70 bucks.

It's as if they didn't wanted the books to be read...where does all the money go to then?

I think it's right that this job should be highly paid.

books are expensive because quality production of a good book today is also expensive. And this should be taken into account. However, if you are a young author or reader, you have another way to get your books, these are torrent exchangers. I have always liked leaders in their field. It's obvious, and I like it the most. But when it comes to recreation, it's a great compliment to visit this website the pirate bay, a leader in high-definition movies and other files. And it is more popular than any other torrent site on the Internet. And all because the content is closely monitored. I will note for myself the convenient interface.