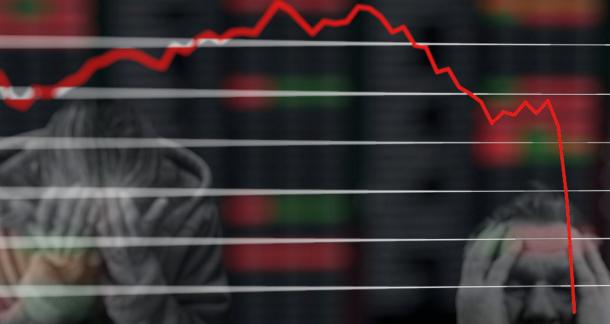 Why did you fuck-ups stop reading last year?

A Gallup poll told us that Americans read fewer books in 2021 than they had…maybe ever.

What the hell happened?

The decrease in average number of books read per adult last year wasn’t so much about people going from reading one or two books a year to reading nothing. It’s mostly due to people who normally read a shitload slacking off in 2021.

The big decreases were in groups that are traditionally power readers: college grads, women, and the elderly.

This Is A Really Bad Thing

The books most people are reading haven’t convinced them to read more.

The decline of the power reader might not sound like a big deal. But a lifetime of gastrointestinal distress has taught me that things that seem like no big deal can morph into a crisis faster than you can say, “wet fart.”

People who pick up one book a year are nice and all, but they aren’t picking up some awesome, weird shit from an indie press. They’re picking up something quick and convenient, which means something that’s a bestseller. If people read one book every year, it’s not going to be a Brian Evenson.

Without power readers, we lose the market for the best stuff, the niche stuff. We lose bookstore placement and the ability for smaller publishers to make it.

The other worrying part is that the decline of power readers means we’re not growing new power readers. The same number of people are still dabbling in books, but none of them are crossing over into reading as a lifestyle.

The books most people are reading haven’t convinced them to read more.

The obvious answer to any statistical anomaly right now is a general, “COVID, man. Damn that COVID.”

I have my doubts.

Because the decrease in reading has been coming for some time now.

And, if we leave the answer at “COVID,” we relax and assume that once COVID fades, readers will bounce back. No need to change the game, those readers will return to reading’s warm bosom on their own.

I’m not so sure that a do-nothing approach is a wise course.

Even if bringing readers back is a losing battle, I'd rather die with my boots on.

I Blame The Internet

One is to go the Ted Kaczynski route, become a hermit who lives in a shack in the woods, rail against technology, blow up some people who probably didn’t deserve it or really have anything but a tangential relationship to technology, use the threat of further violence to publish a manifesto, get caught, and then have all of your ideas discredited because you were a weirdo living in the middle of nowhere sending bombs to college professors, so even though your ideas about technology are surprisingly sound, nobody can take you seriously.

Option two is to recognize that books are now in competition with things that are more entertaining and talk about how we adapt.

The Division of Culture

If you look at bestsellers by week from the 90s, it was pretty common for a title to hold onto the top spot for 4 or 5 weeks. Out of 52 weeks where a book could claim that top spot in 1990, only 14 different titles managed it, meaning there were only 14 number-one bestsellers.

The segmenting and dissolution of a monoculture where lots of people have the same experiences can be a good thing. It makes more room for a larger number of voices and ideas. It’s not all bad to see a different top seller every week.

But what is lost is the common cultural touchstones. The only likely way for two readers to read the same thing is if they discuss it beforehand and do it on purpose.

If you wanted to connect to someone over a new artistic or cultural experience in 2021, you had to look to politics or a Disney product. Not a book.

Who covers the red carpet at the Pulitzers?

People care more about a woman who became famous from being in a sex tape, who was married to a rapper, who has now left that rapper after having a child they named North West, and now she’s dating a tattooed weirdo comedian from Staten Island—people care WAY more about the day-to-day minutiae of these events than they do about Cormac McCarthy putting out two books in the same year.

Who covers the red carpet at the Pulitzers?

How many people can name the current poet laureate?

Book culture was once a dominant form of culture, or at least a factor in culture. No longer.

For movies, games, and TV, there were limits to what you could achieve.

Movie lengths were kept short enough that you could have two nighttime showings of the same movie without making people stay out until midnight. That is, until Titanic proved that you could make sacks of money with a long movie, cut to today and we have a 3-hour Batman and a 4-hour Justice League.

Video games were limited by the low capacity of game cartridges, then they moved to discs and downloads.

Most people couldn't afford to buy an entire TV series on disc every weekend. With streaming, we all have more TV than we can watch.

Visual effects on video, games, and TV are almost unlimited.

These other modes of storytelling are getting better, they’re pushing their limits, and they’re figuring out how to tell longer, more complex stories. They’re getting to places where they can tell stories that weren’t possible 20 years ago. And they still tell short, simple, stupid stories, too.

They can do it all.

What was the last big innovation in books?

Books: Cannot Compete, or Will Not

Books can compete if we all bust our asses and make them worthy competition.

Writers: You’ve got ONE PAGE, maybe, to hook your reader. The internet is not going away. People are not slowing down. You can’t write for readers who existed 20 years ago. Deal with it.

Publishers: You need to start coming up with things that only books can do. My money is on risk. You can take a risk on a book that’s unreasonable for a movie or a video game. You can do things, risky things, in a book that would be unreasonable to ask an actor to do. You can narrowcast on a new level.

Booksellers and Book Pushers: Seek out and promote those books that are unique experiences. Give people opportunities to talk about the same book. Push books that aren’t heavy. Highlight reading experiences that seem to attract people who don't read a lot.

Readers: Here’s your reading challenge for this year: have fun. Read things you enjoy. Not homework, not something meant to make you a better person. What’s the Love Island of books? If you had to read a book to turn off your brain and just enjoy, what would that book be?

Take those itches you scratch with Netflix, and get in there with a book instead.

Get Everything and Less: The Novel in the Age of Amazon by Mark McGurl at Bookshop or Amazon

This is unexpected. I would've guessed the opposite. It was a pretty great reading year for me personally and 2022 is on track to be even better. I agree with the last part though. Books have to capture people quickly and hold their attention. I'll admit that my reading count would be higher, but I always start and stop multiple books before I find one that grabs me enough to continue and finish it.

My favorite read of the year: My Sister the Serial Killer. Short, fun, and plenty of twists and turns. More like this!

Another fantastic article. This may actually be the best one I've read on this site. The quote, "The books most people are reading haven’t convinced them to read more," is one of the most important things anyone has ever written regarding pop media for this generation. This isn't just happening with books, but with movies, games and TV. People are consuming media that is not convincing the audience to explore more related media. Instead, the media cannibalizes itself and sabotages its own industry. Best example is the gaming industry. When console games are gone from taking 2 hours to complete to 200 hours hours to complete, is the gamer really going to be chomping at the bit to go out and play another game?

Authors need to stop focusing on an all encompassing book series and instead focus on a body of work that promises a level of quality. I, and a million other people, don't buy Stephen King books because we want stories in the King universe. We buy his books because he's proven his writing carries with it a certain level of quality. We know there will be characters who are much more than cardboard cut outs. We know there may be a few shocking deaths. Maybe many. We know we will be taken into a story that will be unpredictable, always moving forward. And, unfortunately, we know that the story may have a slightly lackluster conclusion. That's okay though, because when we buy a King book, we know that the pros far outweigh the cons.

This relationship of trust between the reader and the writer needs to exist with far more authors and audiences than just the biggest names like Stephen King.

And for the big authors who specialize in the blockbuster novel series, they should be willing to take a few steps out of their money making comfort zones. Guys like George R. R. Martin could provide a huge help to the industry if he'd write a few short novels along the way, unrelated to his blockbuster series. Give readers proof he's more than just the series he's known for. JK Rowling is in the same boat. If she'd step away from her famous universe, write a few one-offs in a slightly different genre, it would help to solidify that reader/writer trust.

Readers would be more willing to dabble in books they may not have otherwise given a shot. You want to switch that gear in the reader's head. Instead of the reader thinking, "I only want to read books with Harry Potter in them," we should want readers to think, "I only want to read books as well written as the Hotter Potter novels. Where do I start?"