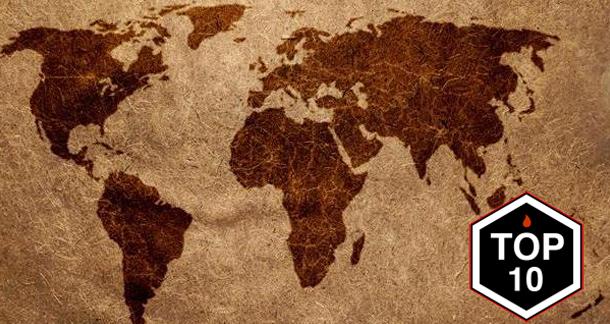 Most stories, fiction and non-fiction, have settings. But there are some that stand out amongst others as having a unique sense of place; stories that are informed and made consequential by where they occur and the introspection they shine on their respective locales. The following is  list of ten great books that create an incredible sense of place; ones in which the setting isn't merely a device for advancing plot, but somewhere where the heart and soul of the story blossoms. 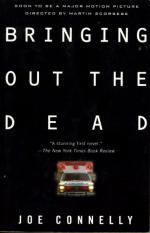 'Bringing Out the Dead' by Joe Connelly

Joe Connelly’s feverish tale of a graveyard shift paramedic suffering from insomnia-induced hallucinations is gripping enough in its own right, but it’s the sweaty, grimy tone, one chapter rolling into another with barely a moment of breath in between, that makes the book such a quintessential New York City novel. Set primarily in Hell’s Kitchen, this is clearly a pre-Guiliani romp through a Manhattan crowded with junkies, prostitutes, vagrants, and a mysterious new drug, Red Death, that’s tearing the city apart. A great subway book. If you’re ever in the Big Apple, pick up a copy and read about a side of the city far removed from U2-scored Spiderman musicals and boutique cupcake shops. 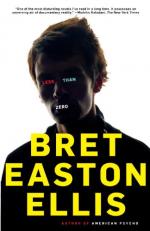 Back in 1985, the son of a wealthy property developer penned his first novel, a semi-autobiographical story of disaffected youth in Los Angeles. Less Than Zero established the affectless style Ellis would become known for. The plot details the winter break of Clay, a college student back home on the West coast from a prestigious liberal arts college in the northeast.  While back at home, Clay drifts between drug-fueled parties and responsibility-free days, sinking further and further into an apathetic, amoral morass. Though writing about the excesses of Hollywood isn’t exactly ground-breaking, Less Than Zero delves into the lost children of the L.A. elite—specimens of physical and financial perfection with absolutely no direction and nowhere to go. The novel drifts all around central Los Angeles, from Westwood to the Valley, painting a darker portrait of sunny Southern California. 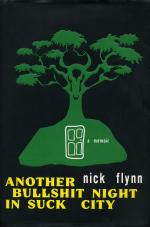 It’s funny how many authors seem to set horribly depressing stories in their hometowns. In the case of Nick Flynn, however, the story just so happens to be true. Another Bullshit Night in Suck City is a classic “sins of our fathers” story, caught up in addiction, delusions of grandeur, familial strife, and depression. While the book jumps all around New England and shifts between different time periods, the most compelling moments are set in the heart of Boston’s “Combat Zone”, an area of downtown plagued by violence, prostitution, and drugs. The neighborhood was significantly rehabilitated in the late 80s and early 90s, but the bulk of Flynn’s memoir follows the narrator’s years working in an area homeless shelter where he coincidentally reconnected with his long estranged and then-homeless father.  While much of the conflict is internal, Flynn’s evocative descriptions of urban blight in the brutal Massachusetts winter provide an incredibly vivid backdrop. 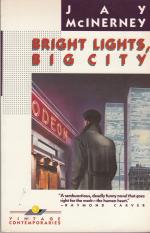 Speaking of Ellis, the other half of the “Toxic Twins” wrote his own highly regional novel, set in a Manhattan far different from Bringing out the Dead. McInerney’s unnamed protagonist works as a fact-checker for a high-profile magazine by day and loses himself in the decadence of the 1980s party scene by night, spiraling further and further into an abyss of cocaine-fueled hedonism. Like the first entry on this list, Bright Lights, Big City takes place in the freewheeling, pre-9/11 New York City of the 80s, but things are clearly a little different uptown, where the drugs are chopped up using Platinum Credit Cards in the bathrooms of hot swinging night clubs and the problems are mostly existential. 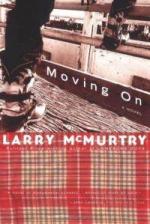 'Moving On' by Larry McMurtry

McMurtry’s entire body of work is set in Texas, but Moving On is a sprawling, melancholy masterpiece, covering the vastness of the state and its wide range of climates. The novel follows Patsy Carpenter and her journey of self-discovery, spanning several years and locales, including the worlds of academia, ranching, and rodeo. As the story wraps up to its semi-tragic conclusion, the reader is taken on a tour through a wide world, ranging from the dusty, depressed backwater rodeo towns of West Texas to the boom-town glory days of 1960s Houston. 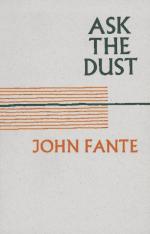 'Ask the Dust' by John Fante

The man who none other than Charles Bukowski credited as a mentor had his own love/hate relationship with the City of Angels, and it shines forth brighter in no other novel than 1939’s Ask the Dust. Semi-autobiographical in nature, the story follows Fante’s alter ego, Arturo Bandini, as he struggles to make it in depression-era Los Angeles. Fante’s city is, appropriately, a dusty dystopia, far removed from the desert oasis Bandini searches for, and fans of Bukowski will find much to love in Fante's bleary-eyed, wandering prose that drifts sadly through a gilded world that's beginning to rust. 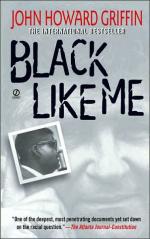 In 1959, as America broiled in the pressure cooker of fractured race relations, journalist John Howard Griffin, a white man, underwent a cosmetic procedure to dye his skin black, and proceeded to live the next  six weeks as a working class black man in the segregated South. Griffin worked and hitchhiked through Louisiana, Mississippi, Alabama, and Georgia, drinking in the experience of black Americans in the worst possible place to be black at the time. Needless to say, the journey is a revealing look at a then-uninspected time and place that is more familiar than one might hope, even today. 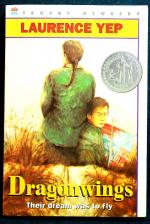 Dragonwings is the second (chronologically) of two young adult books authored by Yep, told from the POV of Chinese immigrants living in early 20th century America. His sophomore effort follows a father (Windrider) and son (Moon Shadow) living in San Francisco and running a laundry. Windrider is also a kite-builder who has dreams of taking to the skies himself one day, and with the help of his son, he begins a correspondence with Orville and Wilbur Wright. A unique and compelling look at the immigrant experience, Dragonwings takes place in an even more unique time and place: San Francisco, culminating in 1906 with the great earthquake and fire that tore entire sections of the city apart. 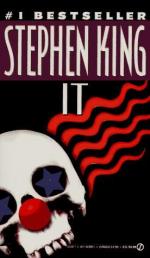 'It' by Stephen King

The fictional town of Derry is the setting for a number of King novels. The author has confirmed that Derry is a stand-in for his hometown of Bangor, but in It, King takes things to a whole new level, turning nearly 50% of his sprawling, 1,000+ page novel into a veritable history. Mike Hanlon is the chief librarian in Derry, and after Pennywise the homicidal clown gets up to his old tricks and reunites a band of childhood friends, Mike, the one who stayed behind, begins keeping journals and looking into strange happenings around the town that go back decades. His notes, presented in the novel as the basis for a history of Derry, help make the small, All-American town with many dark secrets come to life, and create a world that is gloomy, foreboding, and terrible. 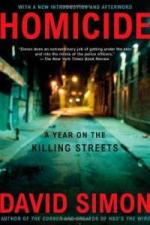 'Homicide: A Year on the Killing Streets' and 'The Corner' by David Simon

Ok, so I’m cheating a little bit. But both these books by The Wire creator David Simon paint a full and complete picture of an American city under siege. These two pieces of non-fiction, compiled by Simon when he was living in Baltimore and writing for the Baltimore Sun, form the basis for much of the author's award-winning television series. Homicide is concerned with the day-to-day lives of homicide detectives, and The Corner resulted from three years spent following the lives of residents in a section of the city that had nearly been swallowed whole by the illegal drug trade. Simon’s gift for evocative description—a skill no doubt picked up during his years as a veteran reporter—shines through in both books, painting an accurate, if not wholly depressing picture of a town on the verge of implosion using vivid, real-life characters who walk the reader through the customs and culture of an alien world that is all too real.

Got a trip planned to any of the above-mentioned cities/regions? Stop by your local bookstore or log onto Amazon and pick up a copy or Kindle edition of one of the aforementioned titles. There's nothing like getting lost in a book set in your destination. Got an idea for any other additions to this list? Sound off in the comments!

Off the top of my head I think A Tree Grows in Brooklyn should be added to that list, along with Chinua Achebe's Things Fall Apart.

Both are very good and the setting plays a very big part in the stories.

This is a great article! I've read a few of these books, but not all. There is nothing I love more than a setting come-to-life! When the area surrounding the novel's characters becomes a character of its own, that is an infallible way to my heart! I've always wanted to read Bringing Out the Dead and I think I'll order it for my Kindle. I'm also going to add Moving On and Ask the Dust to my to-read list.

I was expecting to see Mark Helprin's Winter's Tale on here, but I guess they can't all make the cut.  Thumbs up on topic and selections:  adding at least one to my reading list for sure.

@Allsia: if you want a great Bringing out the Dead experience, read it in crowded public parks and on the subway exclusively. Great experience

Another Bullshit Night in Suck City is such a great book. Flynn's writing style evolves(probably not the right word) throughout the book, and by the end of it you're left thinking, that was fucking awesome!

That African/European-centric map up there is very misleading . . .

Interesting--I gather this is American regional writing you're talking about, but it looks like the Midwest is missing. What about Evan Connell's "Mr. Bridge" and "Mrs. Bridge"? What about Marilynne Robinson's amazing novels set in Iowa? As much as I don't like "Freedom," I'd have to mention Jonathan Franzen's "The Corrections." What about "Middlesex," which is as much about Detroit as it is about mis-assigned sex? What about Toni Morrison? There seems to be a distinct "flyover zone" mentality here! You do include some eccentric choices about the South, I guess. But "Black Like Me"? Really?

It's a shame they were all American based. Would've liked some more worldwide locations/suggestions.