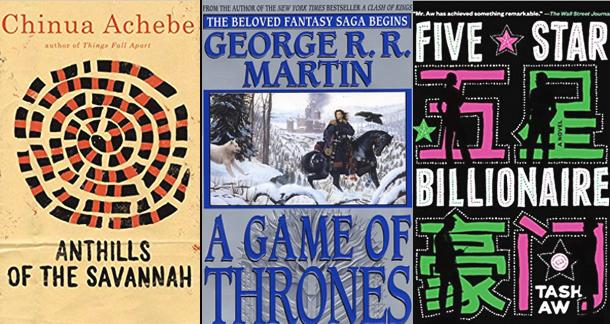 The ensemble cast is often associated with superhero films and sitcoms, but it has a long history in literature as well. If you want to look at the classics then War and Peace is a great example, but contemporary books/series like A Song Of Ice and Fire, How It Went Down, and A Visit from the Goon Squad all employ ensemble casts.

Writing a great number of characters, sometimes without a clear main character, is tough to pull off, but if done well it can yield great rewards. I’m going to take a look at the two most important ways to decide if you should use an ensemble cast in your novel, and then go over some of the keys techniques to make sure you write that cast successfully.

One factor for any good novel is a sense of cohesion, but that can be especially tough to pull off if you have three, four, or five main characters. So if you’re thinking of your novel and conceiving of several major characters, consider how they’ll all interact. If it doesn’t seem like they will be in many scenes together, then you might be conceiving of a collection of related stories (a form in its own right, but not really an ensemble piece—think Jesus’ Son by Denis Johnson). But, if you see plenty of moments where your characters interact in meaningful ways, then the ensemble may be the way to go.

Let’s look at a few examples, both Booker Prize finalists.

First, there’s Anthills of the Savannah, by Chinua Achebe. Most people know Achebe from Things Fall Apart, a book of deceptively simple structure, but Savannah is totally different. It’s about a corrupt and nearly dictatorial political situation in the fictional African nation of Kangan, and follows three friends, Chris, Beatrice, and Ikem, within the regime.

The ensemble cast is often associated with superhero films and sitcoms, but it has a long history in literature as well.

Achebe gives us points of view from all three main characters, and the relationship between them precedes the novel. When the action begins, Chris and Beatrice are dating, and they’re friends with Ikem. All of them work within the new government in Kangan and have differing views on how the administration ought to function. This is important because while the characters are forced to interact due to their jobs, they do so naturally and deeply in nearly every scene, something which, despite changing perspectives, provides a unifying effect from start to finish. The whole story feels organic, the tension reflecting what real friendships and romances are like, especially when politics get involved.

Then there’s Tash Aw’s Five Star Billionaire, a novel about contemporary Shanghai and the many different kinds of people that inhabit the Chinese mega-city. It follows five different characters during their journeys through the city and its culture. In contrast to Achebe, at the start of Tash Aw’s novel, none of the main characters know each other deeply—if they’ve met at all it’s in a cursory manner. So part of what drives the novel is watching these characters build relationships, sometimes in business, sometimes romantic. And that kind of relationship building involves a lot of interaction, creating the sense of a singular story instead of five separate ones.

Both authors are successful with their ensemble casts, and the commonality to keep in mind if you want to create an equally successful one is to give the characters a natural reason to interact so that none of them feel like they’re in a stray narrative alongside the main one. They are all the main narrative.

While those interactions make a book jell from page to page, the setting gives it a cohesion in a larger sense—and your setting will tell you if your ensemble cast is truly necessary. The book has to be set somewhere sweeping enough, complex enough to warrant the large cast.

Take a look back at the examples: it’d be impossible to explore the complexities of a dictatorial regime or a city as large and cosmopolitan as Shanghai with only one main character. That’s key to writing a good ensemble, making sure the scope of the book is large enough to require all those characters. You’re going to have to make them all full and rich, so the story better need each and every one of them.

In Anthills, the ensemble cast allows us to see someone critical of the governmental regime (Ikem), someone giving the government the benefit of the doubt (Chris), a woman in this man’s world (Beatrice), along with friendships, romance, and a fallout from the book’s events that includes both life and death. All of that requires an ensemble, especially given the emotional impact that Achebe manages.

Five Star Billionaire shows us the rich and poor of a giant city. We see characters lose wealth, gain it, and maintain it. One character achieves fame but then has a humiliating fall from grace. Some characters are mainland Chinese, others are from Taiwan or Malaysia, and when these characters interact the cultural differences and prejudices are brought out for English language readers who may not be familiar with them. Tash Aw set out to explore all of Shanghai in his book, and removing any one character would have removed a huge aspect of the city. 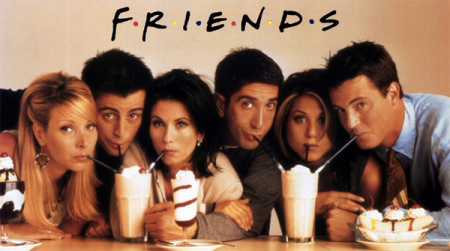 Deciding whether or not to use an ensemble cast in your story has to be done relatively early in the composition process, otherwise you’re looking at a full rewrite in order to do a good job with the complexities of both the characters and setting. So if it’s something you’re considering, ask yourself two questions:

1. Will these characters regularly interact in meaningful ways throughout my story?

2. Does the setting of my story need a large cast in order for me to properly explore it?

If you have doubts about either question, you may want to think twice about going down the route of the ensemble cast. And if you decide to indeed use that cast, then you want to keep a few things in mind as you begin to write.

The first is to set rules for your point of view. Does the POV change through the story? If it does, how often? First person or third person or a combination? If there are sections in the third person, is the perspective close or more omniscient? Whatever your answers to these questions, be consistent throughout the book—set your rules and follow them so that you guide the reader easily through what will be a multifaceted story.

Second, don’t write the same scene twice from different perspectives. It’s tempting to try to pull a Rashomon, but that’s been done, and if you’re taking on the complex project of an ensemble cast, then you need the reader to buy in, so you can’t devolve into cliché tropes.

Then, keep your characters distinctive, especially in their speaking voices. Ensemble casts give us more voices than most other books, and can have more instances of several characters conversing at once, so make sure everyone sounds only like themselves.

And finally, don’t let your characters fall flat. All of them have to be rich and well-rounded, otherwise it’s not really an ensemble cast. There’s no single, main character in books like this, there are a bunch of main characters, and they all have to read like main characters. If one character begins to take over the story, you may want to rethink your choice of writing an ensemble.

Using an ensemble cast is difficult, and often requires a project of a decent scope. It’s a writing decision that you really have to defend to yourself as you progress with your manuscript. But, it’s also something that can pay off with a rich, memorable novel when done right, and in the right circumstances is worth the effort.

I am really impressed along with your writing abilities and also with the layout for your blog. Is this a paid topic or did you modify it your self? Either way keep up the excellent high quality writing, it is uncommon to look a great blog like this one these days..click to---https://www.uusexdoll.com/celebrity-sex-dolls/