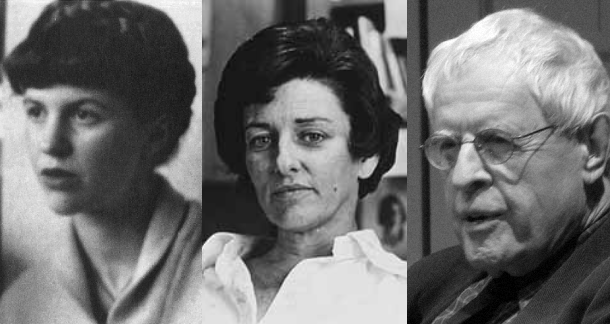 Edgar Allan Poe introduced most of us to horror—and to horror poetry—but for me, the writers who taught me how to write horror weren’t traditional horror writers. At least not in the things-that-go-bump-in-the-night kind of way. Sure, I loved reading about ghosts and monsters as much as the next kid, but growing up, the horror I found myself most drawn to explored mental health, insomnia, night terrors, and other real-world afflictions like addiction, self-harm, or divorce. In fact, I think one of the first books of poetry I read as a young adult was Impulse by Ellen Hopkins. It was the first time I had ever seen poetry gathered and formatted as a collective narrative, and I read everything by her after that, not just because they were interesting reads, but because they felt forbidden. These books were about topics that I didn’t openly talk about with my friends or my parents, so I felt like I had a secret, like I could go into the page, unashamed and vulnerable, and no one would judge me. Poetry, in a lot of ways, became a safe space for me, somewhere I could question the world around me and not be afraid to cry or scream. Later on, it would be those exact same reasons that pushed me to write and work in the horror industry, too, namely as a poet.

So where did I get my inspiration if I wasn’t reading horror poetry? The list is endless, but some of my favorite poets remain: Louise Gluck, Adrienne Rich, William Blake, W.B. Yeats, Langston Hughes, Emily Dickinson, Elizabeth Bishop, H. D. and Audre Lorde, but there were three poets specifically who first taught me how to be vulnerable, how to face my fears, and how to depict terror on the page. But more than that, they also held space and discourse for questions regarding philosophy, spirituality, violence, gender, and sexuality, all topics that are regularly explored in horror.

I can’t remember the first time I read Sylvia Plath, but I know it was fairly young. I devoured her words like the delicious nightmares they are, and it was almost overwhelming to read someone who just seemed to get me. Plath wrote about darkness and absence and these suffocating bouts of loneliness and introspection, and as someone who has always struggled with depression, at times I remember it feeling like she had read my diary. Saying that as an adult feels scary now, but I remember the feeling of shame leaving my body when I discovered her because it felt so good to know that I wasn’t the only person struggling out there. In a way, her work gave and continues to give me hope and freedom.

To train your eye to see Plath’s work as horror, here is an excerpt from her poem, “Mad Girl’s Love Song”:

I shut my eyes and all the world drops dead;/ I lift my lids and all is born again. / (I think I made you up inside my head.)

Plath’s writing was—and remains to be—so evocative to me that when I reread her work today, I’m still struck by images of the yew tree, the witch, the shadow, the bumble bee, the hermit, and the ocean. Whether you read Ariel or The Bell Jar or even jump straight into The Colossus, Plath is going to show you, unapologetically, the dark side of life, love, and all that lives between. She is my number one influence as a horror poet because it was her who taught me magic and who held my hand in the woods at night while we searched for demons. She was my Circe, my Persephone, my Hecate, and to this day when I feel stuck, it’s her words I reach for.

Get Mad Girl's Love Song at Bookshop or Amazon

I have a complicated relationship with Anne Sexton, but I’ve read every poem she’s ever put on the page, including her posthumous publications. Her collection To Bedlam and Part Way Back was deeply influential to my work, especially when I was researching asylums and hysteria for my first book. When I continued through her work, collections like Live or Die or The Death Notebooks—the last book published before her death—seemed to go through and meditate on the stages of grief, all while questioning God, the afterlife, and the forces that drive us to act and react the way that we do, all topics that were further explored in her collection The Awful Rowing Toward God. Couple that with the way she explores the domestic and the female body in her work—oftentimes in a blunt, grotesque, and rather raw manor—and it became no surprise why she was a huge influence on my work, especially when it came to exploring the body in horror and writing psychological terror, dysmorphia, and panic.

Oh the blackness is murderous/and the milk tip is brimming/and each machine is working/and I will kiss you when/I cut up one dozen new men/and you will die somewhat, /again and again./

I’m not sure how Sexton would feel being called a horror poet—wait, yes, I am. She would hate it—but I think her work is the primary example of how literary and genre bleed into each other and wear different masks at times. Horror is literary and literary can be (and often is) genre. It depends on how you want to read the work and apply it under a certain category. Plus, as we all know, horror means different things to different people. Sometimes horror is a man wearing a mask chasing us through the park, and other times, it’s us sitting alone in a room getting lost in our own head.

Get Searching for Mercy Street at Bookshop or Amazon

Hotel Insomnia was my introduction to Charles Simic, and I quickly fell for his haunting, violent depictions of the world around him. I often feel like his poems are these ominous bits of foreshadowing about what life could be if we never woke up from our dreams, like they are these portals into the mysterious realms of our subconscious, a melancholy dance of abandonment and disassociation. Simic taught me about the effectiveness of exploring memory, about how to write the dream sequence, and how to use surrealism and wit to craft discomfort not only on the page, but in the line as well.

To see the dark fantastic within Simic’s work, here is an excerpt from his poem “A Book Full of Pictures”:

There was a black raincoat/in the upstairs bedroom/Swaying from the ceiling/But what was it doing there? /Mother’s long needles made quick crosses. /They were black/like the inside of my head just then.

Get Sixty Poems at Bookshop or Amazon

These poets broke boundaries with their work at the time, whether they were writing about war, displacement, feminism, or mental health, and I think it’s important to encourage writers (and readers) of genre to embrace an outside look at horror in order to get a full look at what the genre is, was, and can be. I love finding horror in unsuspecting places, so reading outside of the genre and pushing myself to see and bend and reshape those moments of darkness has been beneficial to uncovering my style and my voice, not to mention avoiding traps like clichés. This other lens of criticism and reading remains vital to challenging the definition of horror and to navigating—and potentially closing—the gap of literary and genre.