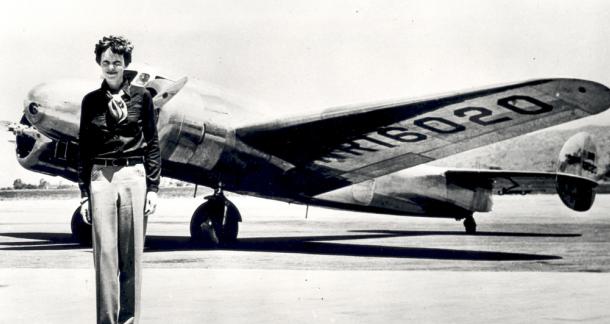 At some point, you have probably heard the advice that if you’re to be a true writer, you have to know your characters entirely—that if you are creating a well-defined character you should be able to fully articulate what is under their fictional bed. I’m not sure if I believe this.

If you’ve taught or studied writing in the realm of higher education in the last 30 years, you’ve quite possibly come across the theories of Linda Flower. Her most notable argument is that there is a thing called Reader-Based Prose. This is defined as “a deliberate attempt to communicate something to a reader” which entails “a shared language and shared context between writer and reader."

The opposite of this, of course, is Writer-Based Prose, which is arguably an egocentric endeavor that finds writers conveying language to address personal thoughts or curiosities. This is writing from a mind that has failed to consider what readers’ minds will crave.

I suppose the under the bed idea is something akin to Ernest Hemingway’s Iceberg Theory—a kind of argument to suggest that the more you know about a character the more fully you’ll be able to articulate the motivations and behaviors of said character, even if your writing does not divulge all the things you know. Right, you only have to show the tip of the iceberg, if you know all the below the surface stuff. And this is sort of the linchpin of minimalism.

If you and I both know that we don’t know, our minds are in tune. We are lost together. We are existing.

In some ways, this speaks to Reader-Based prose, as it suggests a sort of rumination by the writer to consider what expository bits are necessary for readers to envision the fictional conditions that transpire in any story.

That being said, uncertainty is a great shared context.

We have all been uncertain. Unsure. Confused.

What follows are a few types of uncertain situations that ignite curiosity and create a shared context for readers.

James Joyce is perhaps one of the best writers when it comes to confusing his readers. Sometimes, like in Ulysses, this is taken to the extreme. Much of what transpires over the course of Leopold Bloom’s day long journey is an absolute word-salad-mind-boggle.

But in Dubliners, Joyce uses confusing elements sparingly, and showcases his ability to convey confusion to the reader without the reader losing footing. One of my favorite examples of this confusion comes from the story “Eveline.”

Now, the specific example I’m using here is not one of the more confusing bits of Dubliners, but I think it showcases the idea that sometimes when the reader doesn’t know a thing, it actually helps them to envision the concept.

In the story, the titular character Eveline is thinking about running away from a bad home situation. She had two brothers, now both gone, that left her with an abusive father. One has died and the other has taken an occupation. Here we see how Joyce relays this information to us:

When they were growing up he had never gone for her, like he used to go for Harry and Ernest, because she was a girl; but latterly he had begun to threaten her and say what he would do for her only for her dead mother’s sake. And she had no one to protect her. Ernest was dead and Harry, who was in the church decorating business, was nearly always down somewhere in the country.

There are a few delicious bits of confusion given to the reader here.

In what way did the father go for the boys?

How did Ernest die?

What the hell is the “church decorating business”?

It’s all so perplexing, but this emboldens the reader to envision. It adds atmosphere by giving us blank space.

I think of this uncertainty as what audio professionals call “room tone.” That is the sound of the silence in any given space. These bits of confusion add a kind of hiss to the story. A shape to the things Joyce leaves blank for us. We as readers fill that space with non-conveyed emotion. In that way, the “room tone” is our own. But, by allowing us these silences, Joyce lets us create a story that is much more textured to our liking.

Rivka Galchen’s astounding Atmospheric Disturbances, follows a 51-year-old psychologist who believes his wife has been kidnaped and replaced with a kind of identical twin. He uses the terms simulacrum, impostress, etc.

In an attempt to find his missing wife, Leo Liebenstein follows a kind of patient-generated lead, and he joins a covert weather society that seemingly uses weather to broadcast various coming events.

The madness and confusion conveyed over the course of this book is phenomenal. We aren’t quite certain who to believe. We don’t know if our narrator is insane or if his wife has, indeed, been replaced by a doppelganger.

But one of the best examples of confusion in this piece happens early in the novel. Liebenstein, in conveying a story about his mother, claims:

My mother used to say that almost any problem could be solved by one of the following three solutions: a warm bath, a hot drink, or what she called "going to the bathroom," though she never specified what was to be done there.

This confusion, shared with the reader, allows the reader and narrator to bond. It forces both the narrator and reader to contemplate the same omission simultaneously.

In Jesus’ Son, Denis Johnson’s Fuckhead uses a similar trick. When discussing the behavior of a junky he says:

If I opened up your head and ran a hot soldering iron around in your brain, I might turn you into someone like that.

These are both uncertainties that the narrator and the reader share alike. In that space, when you read along, your mind and the mind of the narrator are fused by uncertainty, tethered by contemplation.

Things No One Really Knows

Is Langston Hughes’s “I, Too” there is a stanza that displays the kind of optimism that Hughes was much acclaimed for:

Tomorrow,
I'll be at the table
When company comes.
Nobody'll dare
Say to me,
"Eat in the kitchen,"
Then.

This is the perfect example of how uncertainty, masked as certainty, creates a kind of unifying emotion between the reader and the writer. Really, it’s hope, right, but we can’t know for sure what tomorrow yields.

This is an unfulfilled promise in the context of the work. It is a foreshadow to an event that exists beyond the perimeter of the poem.

Other examples of this are well established by religious texts. Think of, say, The Bible. The mystery of that text—the notion of faith—allows the book to live on in the reader’s mind even after the book has been put away.

This is the exact opposite of reader-based prose. This says, not only will I not answer your questions, I will give you more questions to ponder. I will establish riddles. I will create enigmas.

But there is something so comforting about shared uncertainty. If you and I both know that we don’t know, our minds are in tune. We are lost together. We are existing.

Brian Allen Carr splits his time between Indiana and Texas. He is the author of the novel, Sip, from Soho Press. They will release his new novel, Opioid, Indiana, in 2019. He is the winner of a Wonderland Book Award and The Texas Observer Story Prize. His story "Whisper to Scar" was adapted as Weightless, directed by Jaron Albertin.

Lit reaction is a website that has a magazine for online course column about jazz event. Here you can get custom essay papers help to learn new techniques related to education. They have a true writer who advice honestly. They describe a story “a deliberate attempt to communicate something to a reader”. Join their website for more.

You might have heard before that we can trick our brains a little bit by switching fear for excitement. So, if you can simply re-frame your ideas about not knowing what’s in the future, let that be exciting for you. If you want to design app, Read cost to design an app is determined and the cost of startup is very important to consider. In this we are only concerned with the app cost determination.

Yes! Sometimes it's indeed okay to be uncertain regarding things! But, same as when you are thinking about developing a high-quality app, you also have thoughts regarding the cost, risk factors, and other significant uncertainties. Of course, the main thing you should think about is the cost of mobile app design. But uncertainty is temporary when you are clear about the aspects and understand things well.

Mobile app development costs will vary depending on the number of functionalities and their complexity. Is your product a simple app with one main feature or an entire software product with in-app investments, ads, and various options? Possibly you want to add new features to an actual product?

This will all determine the hourly rate and the time needed in your app development project.

For example, app features like push notifications or GPS connections can be much more comfortable to develop when using native technologies. That means a separate app for Google Play and App Store, alternatively of one cross-platform product. The mobile app design cost like that will be slightly higher, but what’s the specific difference?


Choosing the right technology stack is significant for a successful mobile app project. As there is no one-size-fits-all technology or framework, the decision needs to be based on each project’s particular needs. Trends, competition, and marketing efforts of app developers manage to add to the confusion surrounding the possible and applicable choices.

I'm glad that you share this info with us! Your posts motivate me so much. If you wanna become a mobile app developer you have to check this publication about golang vs python cause a lot of developers use these technologies. Good luck!