What Writers Can Learn from Gardening 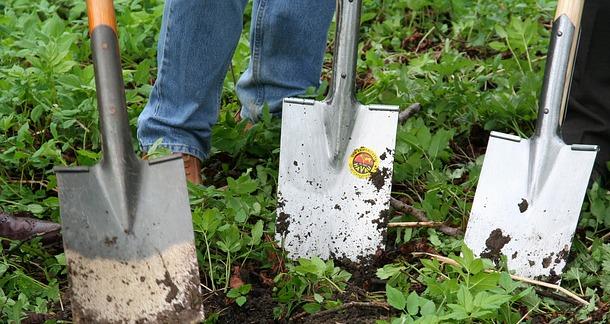 Most writers have an alternate means (or six) of making a living to support their literary ambitions. One of mine happens to be as co-manager of a small gardening and landscaping company. Like any job, it comes with its share of pain. The lack of air conditioning or electric heat can make for some unpleasant days out in the elements, but I’ve spent enough time digging in the dirt to notice a few unexpected perks as well. Although he wasn’t speaking of the physical act of gardening, George R.R. Martin captured the essence of its appeal in a 2011 interview with the Guardian:

I think there are two types of writers, the architects and the gardeners…The gardeners dig a hole, drop in a seed and water it. They kind of know what seed it is, they know if they planted a fantasy seed or mystery seed or whatever. But as the plant comes up and they water it, they don't know how many branches it's going to have, they find out as it grows. And I'm much more a gardener than an architect.

Gardeners Know All The Dirt

Gardening forces you to pay close attention to details and take care of problems before they blossom.

You can learn a surprising amount about people from their plants. I once had a customer who was positively obsessed with putting up barriers in a literal sense. It seemed like every week he had a new fence installed, even around beds where nothing was planted. He liked to compartmentalize, and grew clearly agitated when any foreign object drifted into a space where it didn’t belong. There was also Mrs. S, a reclusive, wealthy client who collected Victorian doll houses and adorned them with tiny period furniture. She treated her roses like members of the family. Mrs. B liked the smell of chocolate, so she used cocoa beans instead of mulch, and Mr. A put a statue of himself out in the front yard.

It's true that a part-time job doesn't have to involve gardening to provide access to interesting characters, but there’s something about being in a space they have designed that can say a lot about a person. There’s a similar sort of phenomenon when you visit the inside of someone’s house. Whether consciously or not, you learn things about them based on the color of the walls, how neat or messy it is, etcetera. But a garden is also their reaction to the natural world, where they don’t have ultimate control. Do they try to poison the woodchucks that get into their plants, or do they just let them be? In To Kill a Mockingbird, Miss Maudie Atkinson uses her garden as the vehicle through which she views the world, observing Maycomb through rows of flowers. If nothing else, it’s a picturesque spot to sit back and people watch.

Sisyphus and The Great Web

The landscape makes absurd demands of its caretakers sometimes. Picking every single fallen leaf off a space the size of a football field can seem like a Sisyphean task, especially when more are going to fall the moment they’re hauled away. The truth, however, is that I have some of my best thoughts while pulling up weeds, and the physical time spent outdoors makes it easier to sit at a desk and type later in the day. Perhaps more than anything else, gardening has taught me patience and to enjoy solitude, two qualities that are often necessary while writing. “Shinrin-yoku” is a Japanese term that refers to the concept of “forest bathing” or taking in the forest, an activity that has long been connected to lower blood pressure and stress levels. Time spent outdoors can also be a humbling experience; it’s difficult to feel too important when you’re covered head to foot in mulch. It takes the sting out of rejections when they come. The trees and the flowers don’t judge (except for the ones in Alice in Wonderland. Those flowers are mean).

Finally, gardening forces you to pay close attention to details and take care of problems before they blossom. You found one grub in the lawn? There’s probably a hundred more lurking beneath the grass. That one weed? It’ll spread to the far corners of the earth if you let it. Don’t wait until something is a bigger issue. The same holds true when you’re creating the Jenga tower that is plot. All the moving pieces have to work together, or the whole thing will collapse. The ecosystem in your own backyard is a perfectly interlocking narrative where every component of the food chain matters. Without them each, there would be no greater story.

It’s rumored that Rudyard Kipling used part of his Nobel Prize money to add a pond to his gardens, and Agatha Christie was known for her prize-winning camellias. Roald Dahl, Virginia Woolf, Sir Walter Scott, and Jane Austen were all influenced by the time they spent in gardens. There's still time this spring to grab a trowel and join them.

I knew there was a good reason to buy wooden shoes.

What gardening can offer a writer is this: an appreciation of staying inside writing. Aside from the wooden shoes (garden clogs?), working in a garden ain't much fun.

In all seriousness, I'm finding myself becoming more of a story gardener latelly. Mainly because ... plot doesn't matter as much? The plot's going to be tilled anyway. Blerrrgh, gardening puns. I hate them.

Weaving can also help, with the over and under threads forming character with plot the loom of the story.