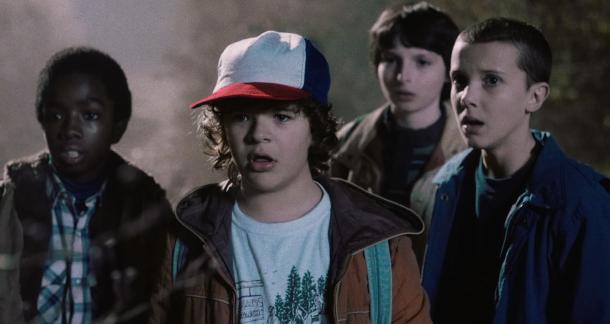 If you have a Netflix account and you’re interested in horror, there’s a good chance you’ve at least dipped your toes into their latest original series, Stranger Things. Or maybe you’re one of those ultra cool folks who feel the need to post about how much you don’t care about what’s currently popular. In which case, please skip this article. I’m sure you have many other more important things to do with your incredibly important and awesome life.

But for those who have watched Stranger Things, I hope you’ve been taking notes, because this show contains all of the necessary components required to create effective horror fiction. It also contains a lengthy lesson on the art of characterization. Now, I’m not saying this show is flawless. It’s far from it. But that doesn’t stop me from loving it uncontrollably. And loving it uncontrollably doesn't prevent me from viewing it with a critic’s eye, and I gotta say, there’s quite a few “what the fuck?” moments that have me scratching my head.

Think of exposition as narrative calories. You're only allowed 2000 of them per book, so you better spread that shit out or you're going to get hungry awfully fast.

So let’s take a look at how it handles characterization (spoilers ahead)...

WHAT IT DID RIGHT:

In fiction, especially horror or dystopic, reality can be cruel and unforgiving. The characters live shitty lives. Nobody jokes around with each other. Nobody laughs. Everything is always very serious.

And, you know, that’s kind of bullshit. People cope with laughter. They try to make light of dangerous situations. Even when you’re on the verge of dying, there’s not much stopping you from cracking a joke if the moment calls for one. Fiction can be dark and terrifying while also letting moments of light slip through the cracks.

The boys in Stranger Things can still crack jokes with each other and goof around despite the fact that their friend very well may be dead.  Reality does not support a single narrative or emotion humans are supposed to follow. We are multi-layered creatures with the ability to laugh one moment and cry the next. Even in the final episode, when the boys confront their friend in the hospital, they don’t look over him with sadness. They’re friends. They hug him tighter than they probably should and immediately burst into a fit of laugher and excitement. Jokes are passed back and forth like they’ve been buds for years, like they actually exist outside the viewer’s periphery.

Eleven might be my favorite character. Her backstory is revealed at a decent pace, slow and subtle. A lesser writer might have dumped her background in one long explosion of exposition. But here we are given just enough to remain intrigued. When writing characters, keep in mind that the more background you provide at once, the more likely the reader is going to tune out. Think of exposition as narrative calories. You're only allowed 2000 of them per book, so you better spread that shit out or you're going to get hungry awfully fast.

However, the best example of good characterization comes from someone who initially seems to be nothing more than a stereotypical bully: Nancy’s boyfriend, Steve. We’re introduced to him as a simple crush, a pretty boy who’s not that smart. Someone who’s only out for himself. There is a scene early on where Steve smashes Jonathan's camera after discovering photographs of himself on it. The viewer is expected to feel bad for Jonathan and hatred toward Steve, but once you take a step back and really examine the situation, you start to realize Steve actually isn’t in the wrong here. From his point of view (which we receive limited access to), Jonathan is stalking Steve and his friends. Maybe the camera smashing is excessive, but really, what are you supposed to do, just shrug and carry on as if some weirdo isn’t taking photographs of you in the middle of the night? Not just of you, but your naked girlfriend, too? Even as Steve smashes the camera, there’s a quick apologetic flash of regret. He doesn’t want to do this, but with his friends surrounding him, he isn’t given a choice.

This internal struggle to embrace the life of a dickhead bully only continues as the show progresses. Later on, after discovering Nancy and Jonathan hanging out together in her room, Steve and his friends spray paint crude messages about Nancy for the whole public to see. When confronted by Jonathan, Steve challenges him to a fight, except instead of being the macho bully his friends expect, Steve gets his ass kicked. This is a key moment in Steve’s character development. If this were a lesser show, Steve might continue to strike back again and again until either he or Jonathan were killed. But Steve, he’s a human being, and human beings are meant to grow up. He later apologizes to Jonathan and helps him and Nancy fight the monster terrorizing Hawkins, Indiana. 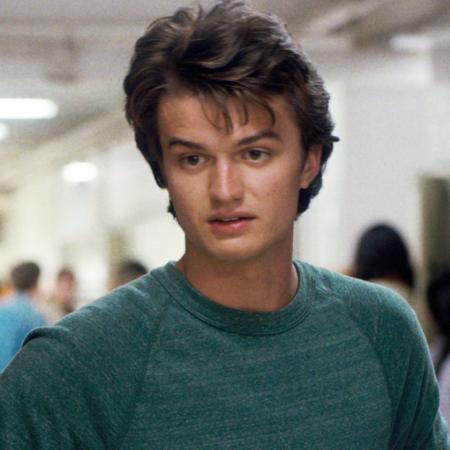 And at the end, when everybody of course assumes Nancy is going to end up with Jonathan after witnessing hours of them bonding together, we’re given the more realistic outcome: Steve remains Nancy’s boyfriend—only he’s no longer a dick—and Nancy and Jonathan remain close, platonic friends. I have been poisoned by so much garbage television that I was honestly surprised by this conclusion. But I’m grateful for it.

Steve, you wonderful Jean-Ralphio-looking-bastard. I love you and your stupid hair.

WHAT IT DID WRONG:

While Stranger Things has a lot going for it in the characterization department, it also contains plenty of flaws that cannot go unnoticed.

Here are the big ones:

The dialogue is not always the most realistic. And by that, I mean some of the shit these kids say are sentences that have never been uttered by any child at any point in time, and they never will be. Writing dialogue for children can be a challenge, I get it. There’s enough badly written movies and TV shows out there to provide evidence of this. Maybe, like, I don’t know, hang around some kids and observe what they say to each other. Although, be warned, there’s a good chance you will get arrested if you linger around random children.

Speaking of the kids, what the hell is Lucas’s problem? Out of all the characters in Stranger Things, Lucas is the least real. His entire purpose of existence is to create conflict when it doesn’t make sense to have conflict. It’s a common writing misconception that conflict must be present with every situation. The writers of this show have taken this misconception and turned the volume to 100. Lucas is not a real kid. He acts too much like the old veteran in a buddy cop flick, always going against the whacky partner’s zany adventures. Just chill the fuck out, Lucas.

When you write characters, they should react to situations naturally. Their actions should not be forced in an unnatural direction to induce conflict. When handled incorrectly, conflict no longer seems very high-stakes. It becomes an eye-roll.

You do not want your audience to roll their eyes.

Strangers Things is one hell of a show. I could spend half the day praising it and the other half nitpicking it to shreds. In the end, the only thing that matters to me is if I enjoyed it, and I enjoyed the hell out of it. But like any work of art, there’s always something we can learn from it—from both the positive and negative aspects. It’s our jobs as writers to analyze what works and what doesn’t, and learn to do better.

Nice article. I've been meaning to get into this.

Oh, by the way, your procatalepsis is showing.

Great article! I have to disagree about Lucas though. I grew up with a friend just like him. To this day, that same friend creates conflict seemingly out of nowhere. I can agree that it's a rare archetype of person though for sure.