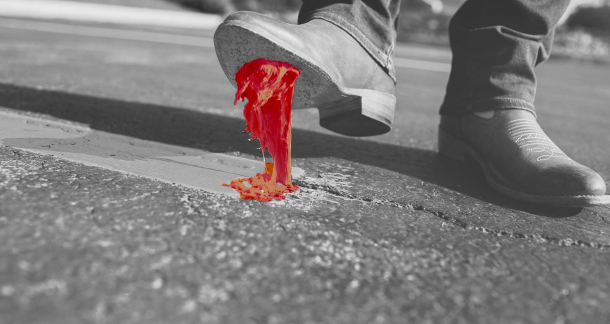 Why don’t we talk about The Long Walk this way? Why hasn’t Slither become the movie that’s referred to time and again?

What’s the difference between a good horror story you forget about in a couple days and one that haunts you?

A Mixture of Emotions

In Aliens we get a brief moment where the Marines are basically boned, and Vasquez and Gorman are in a vent, surrounded by xenomorphs, and they activate a grenade. They hold it together, and even though Vasquez calls Gorman an asshole, their closeness and physical actions provide a surprising moment of tenderness, of human connection.

It's another emotional texture to offset the terror without deflating it.

Something that is just scary can be scary as hell, but it won’t keep you thinking about it long. You need a mixture of emotions. Give the reader a moment of tenderness, sorrow, or shame to hang onto.

When To Stop Deflating

Rising and falling tension is a huge topic of debate in writing, so let me just put in my perspective: It’s okay to deflate the tension up to a point, but you don’t want to do it too many times, and at some point you have to put that work on the reader.

Don't kill the tension late in the story. Don't have a great one-liner that blows it up. Don't give them the indication that everything is going to be okay. Don't put in a line that's too clever and reminds them they're reading a story concocted by a writer. Your tension is the hot potato, and in the end, the reader should be left holding it.

Any Sensation Other Than Visual

We get tons of visuals described in books. Remember that vision is our most-used sense, but it’s no more replicable in words than smell, taste, and touch. We’re just used to describing things that way, shortcutting by saying “She saw a dead body” instead of telling the reader about the smell of a garbage bag full of rotted chicken, and that when she touched his arm, his skin was loose and tacky (and you set up before that his skin was clean, smooth and taut so we can see the transformation, right?).

Go through your story and highlight places you’ve used visuals, and ask yourself whether they can be replaced with other senses and what you might gain from doing so.

The Platform is a horror movie with a very clear message. Nobody is going to mistake that movie’s message or interpret it in any way other than the one way that the filmmakers intended.

This is fine if your goal is to spell out a thesis statement like “Capitalism may not be the best,” but if you want your story to have a long life and maybe even change someone’s mind, ask a question instead of providing an answer to an existing one.

Look at Beetlejuice. Is it about white flight? Wealth? What you do in life echoing in death? The tension between life being for the living and respecting the dead? Outgrowing teen angst? Yes, it’s got little pieces of all those things, but it’s not definitively ABOUT any of them.

The Platform functions as a statement, Beetlejuice as a set of questions.

This isn’t me telling you to not piss off one side of the political spectrum or the other. This is me saying that questions have more staying power than statements, no matter how powerful those statements may be.

To Explain or Not to Explain

Jason Voorhees is a killing machine, and his motivation is about as meaningful to me as a steamroller's motivation for flattening shit.

Make good choices about how much time you’ll spend explaining and where that exposition comes in the story. If you write a zombie story, I do not need a long, made-up scientific explanation about how zombies happen or operate.

The explanation is important for you, the writer, but when you finish a draft, ask which parts are important to the reader. Jason Voorhees is a killing machine, and his motivation is about as meaningful to me as a steamroller's motivation for flattening shit.

Just to warn you off the biggest mistake: too many horror stories wedge in a bunch of exposition at the height of tension near the end. But to get this explanation, you have to slow down the chase and give the audience a very artificial-feeling breather. This rarely works.

Dialog is not scary.

Can you give me the exposition in anything other than dialog? Go through your rough draft and wherever there’s dialog, see if it can be replaced by action. If you replace even a quarter of your expository dialog with something, ANYTHING other than dialog, it’ll transform your story.

If you can manage this, it also gives you the option to have a climax be something other than a death, which is an overused climactic event, even outside of horror. Death is dramatic and affecting, but in print, you have to give us something else now and then.

What Good Are Books?

What is something you can do in a book that doesn’t work well on screen? First-person narrative is great in books and rarely works on a screen. Doubting what one is perceiving can work well in a book, but on a screen it’s usually a little tortured (or feels like an artsy gimmick. If you’ve seen I’m Thinking of Ending Things, you know what I mean).

If you’re writing a horror story, the best way to keep it alive is to make it something that works best as a written story.

Get Dan O'Bannon's Guide to Screenplay Structure at Bookshop or Amazon

Get Danse Macabre at Bookshop or Amazon