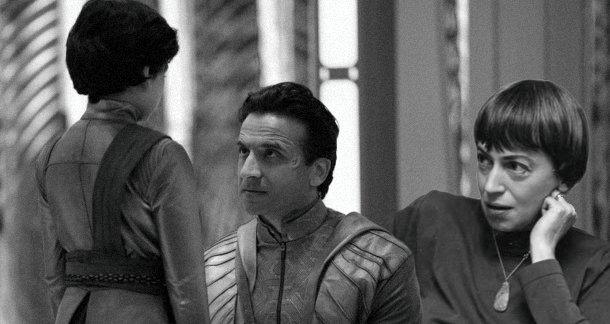 I recently caught up on the new Star Trek series, Strange New Worlds. The show is great, much more in the vein of the original with Kirk and Spock. The stories feel like the kind of thing Gene Rodenberry would have written… with one notable exception.

Episode six, “Lift Us Where Suffering Cannot Reach,” is a rip-off of another story. Not a retelling, a rip-off. Let me explain.

The episode is about a society the Enterprise discovers that is technologically advanced, without sickness or strife, borderline utopic. And then we find out that the whole society is reliant on the brutal sacrifice of a child’s life in order to keep it running. This presents, of course, a major ethical quandary.

And for those of you who find this familiar, yes, it’s the plot of “The Ones Who Walk Away From Omelas,” a classic short story by Ursula Le Guin. Star Trek ripped it off. Fans of the episode will argue that it’s a retelling, but I’ll tell you that they’re wrong and this episode is the kind of “retelling” we need to avoid.

First, let me be clear, by rip-off I do not mean plagiarism. I do not think the producers of this episode were trying to pass the plot off as their own original idea. I think they know that we know it’s “Omelas.” I can’t find a place where Le Guin is credited as the inspiration for this episode, but Alex Kurtzman, the series creator, has discussed her before in another context. And, well, it’s just too obvious.

I think the episode is bad, not underhanded. 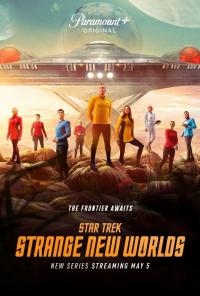 It’s bad because there is nothing new in the way the Omelas story is retold. The setting is different, and the characters are ones we’re familiar with through the series, but in the end this is all surface-level stuff. The fulcrum of the story and episode are both the moral problem of whether you’d be willing to live in a utopian society if all the good in that society was based on the suffering of a single small child—everything and everyone else is amazing, but that child suffers horribly for it. And all the people know this. Many of those in the society accept this and live their lives. Some resist and leave. The story and episode are, at the core, identical.

This annoyed me as a trekkie and a writer. Star Trek has always been original in how it deals with its content, including the heaviest of moral issues (see “Let That be Your Last Battlefield” for one of my favorites). Star Trek episodes have also done well with retellings (see the excellent “Darmok,” a sort-of-retelling of The Epic of Gilgamesh). And literature has a wonderful history of quality retellings, so it’s not like the writers of “Lift Us Where Suffering…” don’t have models.

This all got me thinking about what does make a good retelling. Right now we are in an age of movie and TV reboots, along with copious literary retellings. So, if this episode kind of sucked, what makes a retelling successful?

Since I’m a James Joyce fan, Ulysses pops to my mind first when it comes to retellings. Joyce took The Odyssey and made it a Modern Irish epic. He interpreted Odysseus as a man of the 1920s (Leopold Bloom), gave him the weapons of that day (a newspaper and bar of soap), and sent him around a city (Dublin) instead of the Mediterranean. The issues of Joyce’s times—like alienation, Christianity, and sexuality—were unimaginable in ancient Greece, at least in the forms they took in the 20th century. The wandering is the same architecture, but the themes, style, and structure are completely different. That’s new and significant.

Since the target market for Ulysses today is graduate students and professors, let me give some more popular examples. The Hours by Michael Cunningham is a retelling of Mrs. Dalloway by Virginia Woolf. It won the Pulitzer in 1999, then was made into a movie, and borrows not only from Woolf’s book, but also her biography. The Hours is completely original, though, in the sense that Cunningham has his three main characters, who are all of different generations, feel the effects of Mrs. Dalloway in different ways. So there are original characters following original plot lines at the center of the story, which is both new and significant in this book, distinctly separating it from Woolf’s work.

Various methods for retelling can be successful. For example, telling a story from the POV of an originally minor character. Jean Rhys does this in Wide Sargasso Sea (Janey Eyre from Bertha’s POV). Tom Stoppard famously gives life to two particularly worthless characters in Rosencrantz and Guildenstern are Dead, which shows us Hamlet from a hilarious and meta perspective.

Another excellent technique for including new and significant material in a retelling is gender swapping. One great example is, Bad Girls Never Say Die by Jennifer Mathieu. It takes a classic, The Outsiders, which is a male dominated story, and puts female friendship at the center of the new story. New material and a significant change, though clearly a companion to the original.

The upshot of a retelling should be that both stories enhance one another. A good retelling can get us to look at the original in a different way, while also standing on its own. The above examples, though by no means do they make for an exhaustive list, do just that.

Star Trek’s take on “Omelas” does not.

I really do love Strange New Worlds, and I’m looking forward to season two. And hey, nine good episodes out of ten is a good return. I do hope that in the next season, though, they lift us to where rip-offs cannot reach.

Get The Unreal and The Real by Ursula K. Le Guin at Bookshop or Amazon