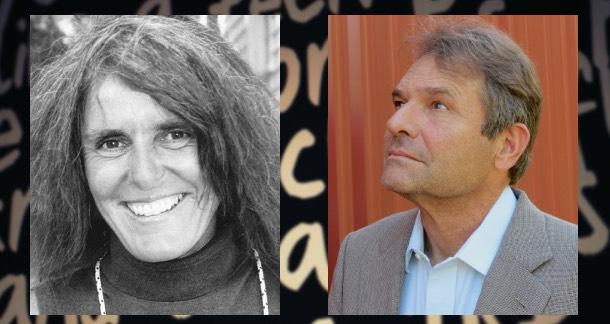 I like to take first sentence cues from authors who are known for being “sentence-level” writers like Joy Williams, whose works are held to be, as Vincent Scarpa in Lithub writes, the ‘closest approximation to a bible’ for their ability to make language feel like a divine experience. In this piece we’ll take a look at the first sentence of her short stories along with Denis Johnson, and two indie lit authors, Troy James Weaver and Elizabeth Ellen, to see what makes a first sentence sparkle.

First Sentences are Like the Opening Lines of a Song

A good sentence has music to it. It sounds good to the ear, or feels good in the mouth. Take these examples from Joy Williams’ short stories, all of which can be found in the collection Taking Care:

The trailer was sitting on ten ruined tires in the middle of the woods.

Jenny lies a little. She is just a little girl, a child with fears.

Otilia cooked up the water for her morning tea and opened a carton of ricotta cheese.

Each of these opening lines has a music to them— repeating sounds, patterns, and varying rhythm to the length of syllables in each word. There may be careful use of alliteration, or there is a rhythm to the pattern of the words, and the syntax of the sentence. Williams once famously said “The conundrum of literature is that it is not supposed to *say* anything. Often a reader can enjoy a story or novel simply because he can admire the writer’s skill in getting out of it.” Sometimes, a first sentence doesn’t have to convey any great meaning. It can simply feel pleasurable to experience, as it draws our hedonistic desire towards the next sentence, and the next. In addition, the images shown can also work to create a kind of tension.

Tension is a state of pressure, stress or anxiety on our mental state. In fiction, tension is useful to us because it pulls the mind taut and the reader keeps going because they want the tension to be relieved. That is the “pay off” of a good short story, which often comes at the end or around the climax. The purpose of tension is to push the reader forward to the climax of the story. So a sentence that starts with tension can immediately pull the reader towards the end of it.

I waited for spring and then loaded the truck and headed west with the dog.

Already the pacing is immediate: time moves quickly. One waits for spring and then moves into action, loading the truck and getting on the road. We move through an entire season, at least, in a single sentence, propelling us forward into the rest of the story. We also are left asking a question: where is the narrator going? What is west? And why is she going there?

You come home from work to find your husband on his knees, a televangelist on the screen before him, the knife you used to cut your wedding cake at his wrist.

In this example, the first sentence leads with powerful and vivid imagery. We have the characters, a husband and wife, and a wife coming home from work— generally concepts associated with idyllic family scenes, romance, love, stability. But the image blows all of that apart, showing us the world turned upside down: the husband on his knees, indicating that he has given something up, or is prostrating to something, or feels lower than the rest of the world around him. We have the image of the televangelist on the screen in the same sentence which gives the clause tension, because we associate televangelists with God and religion, with churches, all three concepts that have great spiritual and sometimes physical height. The juxtaposition of the man with his knees on the floor vs. the height of the religious image plays together to create this tension. We then have, in the next clause, another juxtaposition which causes even more tension, and in a fashion that surprises us: a knife used to cut a wedding cake, generally associated with the start of a relationship and new life, is overlayed on an image of a knife at a wrist, indicating the lonely and violent end of a life. Beginnings and endings and spiritual heights and lows are melded together, making the opening line dynamic and powerful.

One of the kings of instilling wonder into the sentence is poet and author Denis Johnson. His short story collection Jesus’ Son remains one of the best artifacts of the short story form in the last fifty years. Many of his sentences have a kind of abstraction to them— they feel poetic and alive and pulsing. The pacing in his work is often quick. Jesus’ Son itself is a short series of vignettes that cover experiences of drug addiction, working in emergency rooms, death, car accidents, sex, abandonment, and criminal behavior. This quickness moves past us the way we might move down a highway on a road, watching the new environment that passes by. The reader wants to stop and look in, but must keep going, filling what is unseen with a kind of mystery.

I saw Jack Hotel in an olive-green three-piece suit, with his blond hair combed back and his face shining and suffering.

This sentence introduces us to the setting and characters, with an image of Jack that immediately brings up a sense of tension in a poetic way, by describing the look on his face as “shining and suffering.” The adjectives create an immediate sense of tension because they feel almost like opposites— shining can be both a physical attribute and an abstract description of the look on a face— and we are left, in our whimsy, to discern the look of suffering he possesses.

Sometimes I went during my lunch break into a big nursery across the street, a glass building full of plants and wet earth and feeling of cool dead sex.

There is a breathlessness to these first sentences, heightened by both the double adjectives (without the use of commas), and the repeating conjunctions of what is contained within the glass building. It gives the glass building the effect of being full, bloated, exploding with what is described within it: the plants, wet earth, the feeling of cool dead sex. There is also tension in that last phrase, as both sex and plants we associate with something that feels very alive, even warm and exciting, yet it is tampered with the adjectives of both “cool” and “dead.”

Many times a reader is propelled through a work because there are questions that remain unanswered on the page. The work of fiction is to balance what information the writer chooses to give to the reader— both when and how— and how much to withhold. Withhold too much, and you risk your reader becoming frustrated and putting the book down. Reveal too much, and you risk deflating all of the tension out of the piece. Sometimes, a first sentence can set the mood by setting up a problem right away, leaving us immediately with a question we want to answer. Consider these two examples from author Troy James Weaver, from his collection Witchita Stories.

Turns out my grandmother didn’t die at the mental hospital.

In this, the question immediately is, well how did she die? And how did the narrator learn of this revision? It’s also jarring— it speaks to the set up of a family dynamic or traumatic family history that we as readers want to learn about and uncover.

I never meant to hurt anybody.

This first sentence does a great job of setting up tension in several ways. First, it feels confessional from the outset. It posits that the narrator has done something wrong, and perhaps wants to absolve themselves (we love a good absolution in fiction work). It also asks the question of what, exactly, the narrator did to hurt someone, and who they hurt. It is intriguing because it speaks to character flaws and gives us the hope that the character may transform towards the end. The only way to find out if the character is successful is to keep reading.

The only way to master the first sentence is, of course, by writing a ton of them. The first sentence is like a first impression the writer makes with a reader. You want to start off on the right foot, and it takes practice. Sometimes you have to write a lot of bad first sentences before you get one good one, and you may decide the sentence itself needs to change after you finish your story and revise your second, third, fourth drafts. The more we practice our first sentences on a granular level, the better the rest of our sentences will become.