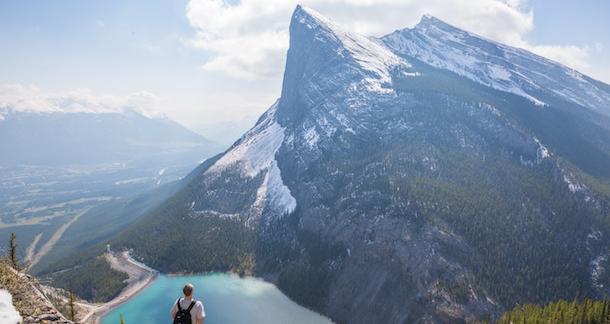 Publishing a book: it's a bucket list dream for many, but few are aware of what it actually takes to break through with a traditional book deal.

I have my own story, which involves a whole lot of student loan debt, a lot of naysaying from various mentors and workshop peers, and a small press deal for a weird little book that went on to get some nice reviews, win an award, and turn movie stars into raving fans (well, one movie star, at least). But if there's one thing my career as a freelance editor and book coach has taught me, it's that there are many different paths to publishing a first book.

In my recent post for Jane Friedman's blog, I shared some case studies, which are from the curriculum for my upcoming class here at LitReactor, Final Draft. That post emphasizes the differences between diverse approaches that ultimately proved successful.

But I wanted to take some time here to offer some insight into what every successful approach I've seen has in common as well—specifically, five factors that have proven critical to landing a first book deal.

If I had a quarter for every client who believed that their book would appeal to everyone, I would be a much richer person than I am today. Writers often find it hard to be honest with themselves about what kind of book they've actually written, who it is likely to appeal to, and where it fits in the publishing world, which keeps them from approaching the industry in a realistic way.

Writers who succeed in securing their first book deal generally have come to understand whether their book has Big Five potential or is more likely a small-press champ, whether it's really urban fantasy or more of an alternative history, if it bears more resemblance to the latest airport thriller or is more of a thriller-ish beach read. This sort of realistic assessment helps writers pick their targets and pitch accordingly, which improves their odds.

Likewise, there are many who think their manuscript is ready for submission when it's not—people who think because they've revised and tweaked and polished the text what feels like a million times, there could not possibly be anything about it that they've missed.

But unless you've gotten feedback on the book as a whole from at least a few people you trust, and who won't hesitate to be honest with you, that is unlikely—because after you've revised the manuscript what feels like a million times, you can no longer see it the way a reader will. (Like, really, as a matter of neuroscience—as Margaret Atwood put it, "you already know where the rabbit is hidden.")

I've had the experience many times; a writer comes to me for a "quick polish" on their first few pages and comes to realize that they're actually starting the novel in the wrong place, or that the first real hook doesn't land until page three, or that the physical setting at the outset, which was so clear in their mind, won't be clear to the reader at all.

These might seem like small issues, but in the competitive world of traditional publishing, they can make or break your submission.

Making sure your first ten pages are smooth, immersive, and compelling is the first battle, because ten pages is usually all an agent or editor will read before deciding whether to move on. But if you pass this first test, your first fifty pages will have to pass the next, which often has to do with the book's pacing.

I saw this recently, when I served on the editorial committee for Forest Avenue Press during their recent submissions window for novel manuscripts. To get past the first round with our team, the manuscript had to have a compelling story concept, as well as a dynamite opening.

Beyond that, though—when it came down to the first fifty of one strong contender versus another—it was largely about whether the manuscript had sucked us under by the end of that sample, to the point where a number of balls had been tossed in the air, we had a sense for how they were all going to collide, and (this is an important one) we had a sense of the stakes—why this really mattered to the protagonist.

The effect being that it was hard to stop reading, which is exactly what publishing professionals are looking for.

Your platform might be the way your personal history connects with your book, because this is part of what might convince journalists that you and your book are worth writing about.

When it comes to queries, much has been said about the importance of proper greetings, spell check, researching the agent or press you're pitching to, and researching your genre and comp titles.

But these niceties are more than just proper etiquette—to an agent or editor, they're a signal as to whether you, the author, have a realistic understanding of what publishing actually is at this point in time, as well as what it might be like to work with you.

That writer who opens with "Dear Sir" (whether their target happens to be male or not), or sends a query letter featuring typos and grammatical errors, which they've clearly just cut and pasted onto an email and shot off to everyone on their list? The writer who claims that there are no other novels that really capture the zeitgeist of the seventies? The one who can't think of any title comparable to theirs but The Great Gatsby?

Many writers hate the word platform and view it as yet another hoop held aloft by the publishing industry through which they must jump. And fair enough—developing a following and raising your profile as an author takes time. Time that many would rather spend writing.

But if you expect to publish a book on parenting without being a parent yourself—or working with kids in your professional life—you're asking a publisher to convince readers that though you have no established expertise on a subject, you know something about it that they do not.

It's much the same case with fiction, though of course it's not as cut and dried. Maybe you've worked hard to build your mailing list and have amassed many thousands of followers on social media, and maybe you haven't. But what is it that led you to write this particular book in the first place?

Sometimes a compelling platform is nothing more than the fact that you spent a year studying penguins in Antarctica, have been involved with conservation causes for much of your life, and have written a work of eco-fiction set in Antarctica. In this way, your platform might be the way your personal history connects with your book, because this is part of what might convince journalists that you and your book are worth writing about.

But for those who bristle at the thought of revealing themselves in this way, remember that even an MFA, an award or residency, or a blurb from an established author that's ready to go upon publication, can in many ways do what a platform should, which is to help you create a compelling context for your work—enough to convince a complete stranger to take a chance on it.

Of course, I've only scratched the surface here. I'll be going into detail with the best practices for each of these five critical factors, and for maximizing your chances of breaking through with your first book deal, in the second installment of my online class, Final Draft, starting May 22nd.

Have a question about the class? Other factors you think are critical to getting a first book published? Feel free to share them in the comments below.