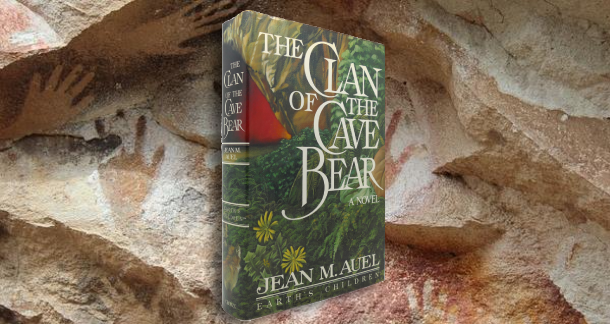 The Clan of the Cave Bear by Jean M. Auel is one of those books that, over the course of the past decade or so, has drifted across my horizon from time to time, usually because someone has brought it up with great emotion or nostalgia. The first time I heard of the Earth’s Children series, which The Clan of the Cave Bear belongs to, I was working in a bookstore in 2011. I started to get a trickle of requests to pre-order a book called The Land of Painted Caves, having been informed by excited patrons that this was the latest installment in a series that had been anticipated for years.

Ever since then, comments about Auel’s work have continued to cross my path on occasion, usually couched in dramatic tones. It always seemed like the Earth’s Children series either changed someone’s life, or was cast as an overhyped mess. Since I wasn't around for the international, best-selling phenomenon it created when first published in 1980, I decided to do some research on what the series is about, and to give it a read from the stance of a neutral party. Does the The Clan of the Cave Bear stand the test of time, or did its author get lucky, striking just the right chord at just the right moment?

The Clan of the Cave Bear is the first book in a six-part series that was published over the course of multiple decades and subsequently sold over 45 million copies worldwide. According to the San Francisco Gate, the first three novels of the series were completed by the mid-1980s, but the fourth book, The Plains of Passage, took five years to write. The fifth, The Shelters of Stone, took more than a decade, and The Land of Painted Caves took eight years. The Clan of the Cave Bear follows the exploits of Ayla, a young Cro-Magnon who loses her mother to an earthquake within the first pages of the novel and is forced to flee, naked and vulnerable, into the prehistoric wild. After being injured by a cave lion, she is found by a group of Neanderthals known as the Clan. In their care, she is nurtured back to health and later adopted by medicine woman Iza and the powerful magician, Creb, but her status as an Outsider makes her the target of bullying and harassment.

What Did I Think? 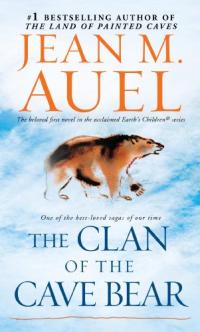 To be completely honest, I’m not certain where my opinion on this novel rests, and I don't feel comfortable making an early judgement of the whole series based on it. The Clan of the Cave Bear is definitely original, and I can see why it stood out so starkly when it was initially published. It’s incredibly ambitious to drop a sweeping epic of this length amidst such a mind-bendingly distant past setting as 25-35,000 years ago. One of my first reactions as I read was to concede that there may be a reason why not many novels are set in Europe in the Upper Paleolithic era. The minds of people from this time period are not exactly an easily accessible headspace for a modern writer or her readers to slip into. As a consequence, I sometimes found the book a bit awkward and a little heavy-handed, almost as though it was being written by an anthropologist watching these fictional characters from just outside the view of a documentarian camera’s lens. This seems an almost inevitable outcome, given that Auel committed to making the books reasonably historically accurate while still trying to balance a storytelling structure that would enthrall a modern audience. This juggling act must have also been a moving target, as scholarship on prehistoric Europe also changed over the years it took to write the books.

At other points, The Clan of the Cave Bear reminded me of the slew of young adult dystopian novels that were coming out five to ten years ago, with elements of man versus nature and an active, resilient heroine who hones her survival skills in an alien, dangerous, and ever-changing world (a Slate column from 2014 voiced similar thoughts, although I did not realize this while I was making my own reading notes).

Should You Read It?

To be clear, The Clan of the Cave Bear is over forty years old. Just about everything that can be said about it has likely been said at this point. So, why bother hashing it out again in this article? Curiosity, in a nutshell. There might be a few other potential readers out there like me, who have heard from a vocal fan and had their curiosity piqued. I did find some old reviews of the first title in the series, including a surprisingly jaunty one from Kirkus circa 1980 that admires the “nerveless esprite admirable scenery, swell sex, convincing artifacts and survival modese.” That is a frankly terrible summarization of a book that deals with themes related to sexual trauma, the gritty details of childbirth, and the rigidity of patriarchal gender roles. Yes, I’m speaking from 2021 and things have changed, but that description seems like it was written for a different book. Overall, The Clan of Cave Bear wasn’t what I was expecting; it was stranger and more complex. Truthfully, I'm not sure if I'll be back for the later installments, but I don't think it's a piece of fiction that should be lightly dismissed. If your curiosity is stoked like mine was, it might be worth stepping into the cave with an open mind.

Get Clan of the Cave Bear at Bookshop or Amazon

Image free for commercial use from Pixabay.