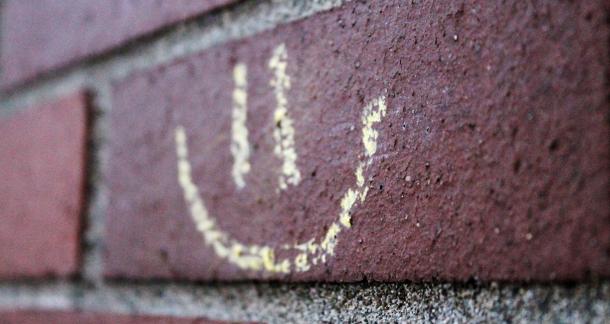 It was an idea that first showed up on my internet doorstep in 2013. A certain web site’s decision to no longer post negative book reviews had the internet abuzz(feed) with, let’s be honest, mostly critical responses to the lack of critical responses.

Part of it was the source. Okay, they weren’t doing negative book reviews, but Buzzfeed isn’t exactly the paragon of journalistic integrity. I still think of Buzzfeed as that friend you had in school who was always starting shit and yet always outside of it when the punching started. “I didn’t say Person X is the worst person ever. I said that ‘the internet’ is saying that.”

Buzzfeed hate aside, the seed was planted in my mind. What would the world of books look like without negative, critical book reviews?

What if I stopped writing negative book reviews?

Where I’m Coming From

You have to understand, I wrote an entire book that is a negative review of another book. Maybe not negative...look, Modelland is, to me, the Troll 2 of books. It’s fascinating that it exists, baffling at every turn. There’s an audience for it, but I don’t think it was the intended audience. I would probably not hand this book to someone looking for a good, dystopian read that has something to say about body image and real life problems, and I would proffer the theory that only someone who had never read Modelland would choose to do that.

What I’m getting at here is this didn’t come naturally to me, but I decided to give it a whirl.

This is what happens when you stop being real and start getting polite.

You Become A More Discerning Reader

It's counterintuitive, but it's true. You become a better reader when you stop writing negative reviews.

One of the great things about blogging, journaling, podcasting, whatever, is that it gives the lousy parts of life some meaning. What I mean is, when something crappy is happening, when you’re in a terrible, uncomfortable situation, you can always say, “This is going to be great content.” Let’s just say some idiot animal is having a colonoscopy and wanted to podcast his colonoscopy prep. He can! He did! I did.

Reviewing lousy books worked that way too. If I was reading something crappy, there was something worthwhile coming. I’d be salivating, waiting to trash the book. I paid more attention when I was in the midst of a crappy book than if I read a good one, and it was because I wanted to do the best possible job talking smack about it.

But if you can’t write that trashy review, you do what you probably should have done to begin with: quit. Quit reading a bad book.

This guy came up to the desk when I was working at the library once. He had an enormous stack of books. I asked him how he read so many books, and he said, “Oh, I only read the first few pages most of the time. When they’re bad, and most of them are bad, I quit and move on to something else. There’s no prize for reading bad books.”

That dude was totally right. There is no prize for plowing through bad books, although it would be great if there were, and we could call it the Peter Derk Award For Undaunted Courage. (Hey, I made it up. If you want someone QUALIFIED to have their name attached to an award, make your own.) 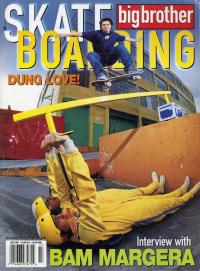 You Might Write Something Much Better Than A Book Review

You might not know about Big Brother, the skateboarding magazine that (d)evolved into Jackass. But you should. For so many reasons, one of them being the way they did things like album reviews.

My best estimate of what happened at Big Brother was this: Someone was like, “We should do album reviews.” And then someone started doing them, got bored almost immediately, and started, instead of writing album reviews, using the space to write whatever the hell they wanted.

These "reviews" were hilarious. It was a little bizarre to see an album cover, a rating, and then a small block of text that had almost nothing to do with the album in question. Or music in general. But if I’m being honest, I got a lot more enjoyment from those non-review reviews than I would have from another rinse-and-repeat album review.

Part of the goal when writing reviews, for me anyway, is to write something I like. I wrote stuff that was a lot more entertaining when I went Big Brother, stopped slagging on bad books and started using the space however the hell I wanted.

A lot of us see our Goodreads feed or book blog (or Twitter feed or Instagram or whatever) as being US. That Goodreads, that represents ME. Therefore, it’s important to me that it accurately reflects ME. Because what would happen if I reviewed a book incorrectly?

Stop. Ask yourself, what do you think would happen if you reviewed a book with 5 stars instead of one? Or, more accurately, if you didn’t rate a lousy book at all?

The answer is probably nothing. If you want to find out for sure, try it. Get online, head to your outlet of choice, and review a book you hated by slathering it with praise. See how your life changes. See how many messages you get about how you steered someone the wrong way.

I hope this isn’t the first revelation of this fact: your opinion on stuff really isn’t that important. Neither is mine. It’s really about the combined opinions of everyone, and there’s never going to be a shortage of people willing to talk shit.

Before this gets upsetting, I think this is a good thing. You aren’t single-handedly responsible for warning people off a bad book. And because there are plenty of people willing to crap on a book, you don’t have to. I hereby release you from this duty.

You Think About WHY You’re Reviewing Books

Why do I write book reviews? What’s the purpose? What am I going for?

For a time, it was to get those Goodreads notifications. I’d crowed about mostly quitting Facebook and Twitter, and then ended up getting my fix from Goodreads instead, seeing who liked my reviews, commented on them, started little fights with me.

Stop and think about why you’re writing book reviews. Who are they for? What do you want them to get out of them?

You Learn It’s Easy To Criticize, And It’s Hard To Make Something

I say this not to defend bad books. Some books suck, and the fact that someone struggled to create them is almost certainly true, but it almost certainly doesn’t change the subjective experience of reading them. I don’t necessarily believe that hard work means something is above criticism because, by that logic, anything that was written with relative ease would be terrible, and we all know that’s not true.

What is your stance on writing negative reviews?

Community Manager
helpfulsnowman from Colorado is reading But What If We're Wrong? by Chuck Klosterman June 12, 2017 - 9:29pm

Perhaps. I'm going to push back on the consumer protection front because we're talking about a subjective experience, not the safety features on a mid-price sedan. I think that's what a lot of reviewers and critics will say, and I don't think that's wrong, but that's an argument for the existence of negative reviews in general, not an argument as to why a given individual should participate.

Interesting topic and a good article, though I feel like an argument could be made either way. I do find negative reviews useful en masse, as it generally tends to be a good indicator of what one should expect (but not always).

That being said, I rarely (if ever) write negative reviews because of the same reason why I’d check out a review in the first place (I want to make sure my time is well spent). In other words I agree--as a single individual, it probably isn’t really useful to spend time doing, unless it somehow ties to your profession (e.g. you're a professional critic). As a consensus however, sure can be helpful…

I find that I'm most interested in the opinion, negative or positive, of a reviewer whom I trust.  By "trust" I mean that I have seen from experience that we tend to like and dislike the same things.  If someone with different tastes says that something is terrible doesn't necessarily mean that I will think it's terrible, and vice versa.

So if I'm looking to a reviewer whose opinion matters to me then I would like to see the bad with the good.

Maybe I'm misintepreting the thrust of this article and, as The Dark Lord says, writing negative as well as positive reviews is really only the responsibility of the professional critic rather than the amateur revewer.