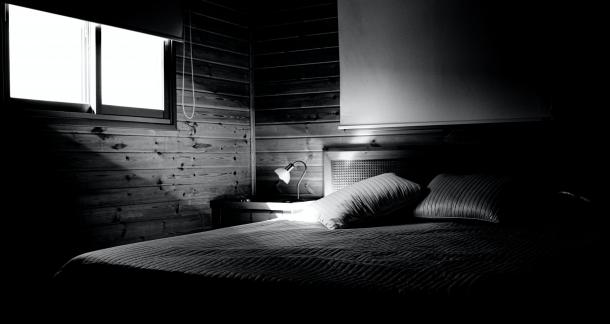 I’m not here to talk about bad sex.

Fiction has some terrible sex in it. There’s even a Bad Sex Award, which was sadly not presented in 2020, but you still want a highlight from 2019, right?

With the fondling, Katsuro’s penis and testicles became one single mound that rolled around beneath the grip of her hand. Miyuki felt as though she was manipulating a small monkey that was curling up its paws. 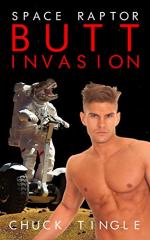 Why are these scenes there?

Why do writers include afterthought sex scenes?

How can you spot the difference?

If your sex scene doesn’t tell the reader anything about your character, you’ve blown a great opportunity. [Uh, phrasing? —Editor]

A sex scene is a great chance to either reconfirm your character or show another side of a character.

When you have a romantic tension building in your story, remember that when and if your characters bang it out, that shouldn’t be the end of the tension. You can do better.

Sex can close the tension of a will they/won’t they, but you should only close that tension if closing it opens up a back door to greater tension. [Uh, phrasing? —Editor]

Resolving the entirety of the tension with sex is like ending a book with the antagonist’s death. It’s...fine? But you can do better.

Sex Turns Exhausting When It Goes On Too Long

Most of us take longer to eat a pizza than we do to have sex. So here's a tip:

Write the longest description of eating pizza that you can. Go on a little longer than you think you should. Include smells, tastes, temperature, everything you can.

Now cut it down to a tight paragraph or two.

Print this out, tape it to the wall, and if you’re writing a sex scene longer than that, you’re going on too long.

Sex Is A Snooze At A Distance

Whenever there's a chance to do something in books that's not possible in film, that's an opportunity you need to grab.

One of the huge advantages of sex in books, as opposed to sex in movies, is that you can do more than just see it. You can feel it. The descriptions are On The Body. The reader is much, much closer.

If you’re working on a sex scene, and if the reader feels like they’re watching it from a camera mounted on the ceiling, the reader is too far away. Get closer. Skin on skin.

Oh boy, I hope James Bond gets to do passionate intercourse!

Maybe I’m totally alone on this, but I do not care about James Bond getting laid. There’s no part of me watching that’s like, “Oh boy, I hope James gets to do passionate intercourse!”

Meh-ntercourse comes from writers who feel like you couldn’t possibly have a book without sex. They’re checking the box. Is that innuendo? Can we start that? [Yes. —Editor]

Anything you’re putting in your book because you “feel like you should” is a waste of everyone’s time.

A sign that you might be adding obligatory sex: If the setting is night, in a bedroom, between two people, you imagine softcore music playing, and they're having fairly vanilla sex, you MIGHT be writing meh-ntercourse.

First Time Sex Has Been Done

As you’re working, try out the second sexual encounter as the one you get more detailed on. What’s the difference? What does that earn you?

Don’t give me sex through dialog or inner thoughts. This is the ultimate “show, don’t tell” moment. What does a giving partner do? Don’t tell me that he’s willing to toss her salad. Write him tossing with gusto.

The characters in your book aren't real. You can kill them, you can make them win the lottery, and they can do just about anything, sexually.

Why not have them do something interesting?

Sex Is Boring When It's Your First Thought

I’ve learned not to trust myself. When I want to show something like love in a story, the first thing I’ll reach for is a physical act of affection.

And that’s when I need to check myself.

If I want to show a loving, intimate familiarity, I might show a character getting in on the wrong side of the bed to warm it up for a partner.

If I want to show a young, passionate fling, I might show two characters, sweaty, obviously just after sex, eating a jar of frosting with spoons, standing in the kitchen.

Sex isn’t a bad tool, and it’s not something to avoid in your story. But if it’s the first tool you reach for, try reaching for something else and see what it earns you.

Get Best Women's Erotica of the Year, Volume 6 by Rachel Kramer Bussel at Bookshop or Amazon

Get Space Raptor Butt Trilogy by Chick Tingle at Amazon

I like your articles just as much as the next schmoe visiting this site, but please give us a book of your writing advice. I've found that the majority of writing advice ranges from useless to mildly interesting, but every time I read one of your articles I find myself perking up and actually learning something, even thinking about things in a new way.

Community Manager
helpfulsnowman from Colorado is reading But What If We're Wrong? by Chuck Klosterman February 6, 2021 - 4:09pm

That's extremely flattering, and thanks! So flattering that, combined with my low self-esteem, I can only assume this is a trick.