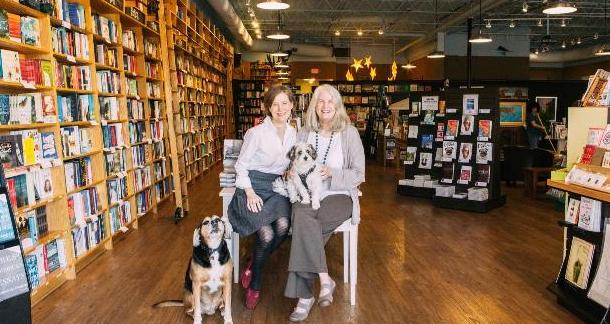 It’s December 2nd. We're just two days into the month and there are already so many birthdays to celebrate. From Green Bay Packer Aaron Rogers to Nelly Furtado, Britany Spears, Lucy Liu, and even the Spanish Conquistador Hernando Cortez (okay, maybe not so much celebrating that jerk), there is something special about this day.

Unfortunately all writers born on December 2nd have to really stand out to get noticed, because the literary world has a bigger, bolder name that shines through, reminding everyone that music, sports, and movies are fun, but books won’t quit.

That's right, Ann Patchett turns 56 today! (Sorry, there is no dance-off scheduled between her and Brittany...)

Patchett’s work is literary gold. She conquers words instead of people, and that makes her way more approachable than Cortez. Her award winning works are already considered modern classics, and she doesn’t just care about writing, she cares about the future of publishing.

In November of 2011 she opened her own independent bookstore─Parnassus Books─where she resides in Nashville, Tennessee. Instead of letting the "publishing industry" decide how readers are reached, she jumped in to support the small business (which is way more fun than letting Barnes & Noble tell everyone what to read. Sure a giant bookstore has lots of material, but sometimes a girl needs a warm community that knows its customers by name instead of a free cookie coupon on every receipt).

She has a unique style that can handle a large cast of characters and portray them evenly without cluttering the main story line.

Her work itself is as inviting as her business. She has a unique style that can handle a large cast of characters and portray them evenly without cluttering the main story line. The stories are well-written, but beyond that they do the characters justice in such a way that they get into one’s head and never leave. It is easy to feel for them and follow their journey as a friend instead of a reader.

Of course, every author has some writing rule they break. Which one and how depends on their wit and skill, but hers is predominantly clear. She is a head-hopper.

Head-hopping switches from one perspective to another without section or chapter break. It can get very confusing or just plain annoying for readers if done too often, because it rips away the ability to empathize with an individual character. As soon as a reader starts to care, the perspective shifts and they lose interest. This isn’t just a first-person story issue, it happens all the time in third person works (more clumsily in self-published and independent published works, unfortunately).

But Ann Patchett has found a way to take this no-no and make it work for her. In her novel Bel Canto (a favorite), she turns head-hopping into a writing strength. The premise itself allows for it. It entails an opera singer held hostage with a large group of people at an event. As the story develops everyone gets to know each other better. The reader almost feels like one of the hostages because of the way information is delivered.

Instead of worrying about paying attention to "this character" or "that character," her stories march onward, they flow effortlessly. One can feel that the author has everything contained and will reveal all in time. She wants her readers to see all angles of the issues being presented; all sides of the story are there even if some pull more focus than others.

When diving into other more speculative genres it is fun to have the “bad guys” be evil and the “good guys” be truly heroic. Horror is all about scaring the reader, so morality is meant to be more black and white, but in literary fiction or modern fiction the atmosphere is the opposite. Readers need empathy, and to see everything as clearly as possible once they've finished the book.

Patchett pulls this off beautifully. She has a great way of portraying the main character as a relatable figure. They may be unusual or come from a different background than most people, but there are still elements that draw readers in and bring them close to the character. It makes everyone in her books very real, as if they can be heard, seen, and touched.

She does this with her antagonists as well, and in such a way that readers may not sympathize with them entirely. Still, they will understand where the characters are coming from and respect that. It is a fresh take that drives new perspective forward.

When reading her work, the world truly comes to life. She delivers certain lines that simply need to be said and sets the scene without droning on. Her work is very balanced, very easy on the reader.

She has even branched out into writing nonfiction and has her own children's picture book. Last year, the silver screen recognized her talents as well. Bel Canto was made into a movie with Julianne Moore, and though it was not an Oscar contender it held its own. With that milestone marked, maybe in the future Lucy Liu will sign on to portray one of Ann Patchett's characters, since they are birthday twins.

Till then, happy birthday to a literary great. We await more classics! 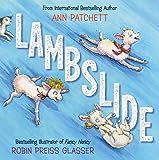 Dyslexic Author is my Favorite Oxymoron

Thanks for sharing your details ……
Regarding form: <a href="http://astroindusoot.com/dailyhoroscope">Astroindusoot</a>