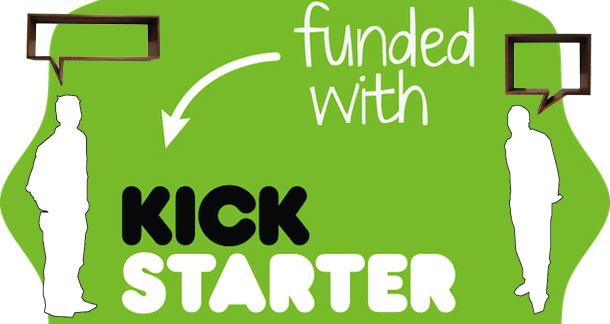 Let's just get the bias out of the way upfront, okay? I am in the last days of a Kickstarter that has been wonderfully successful. So though the experience isn't over quite yet, I can only report satisfaction and indeed glee at the response to my effort to raise funds to self-publish my novel, The Girl Who Would Be King.

That said, we're not talking about prose here, we're talking about comics. And that's an entirely different market (with entirely different weaknesses) and, unfortunately, a much smaller audience. So why has Kickstarter been so crazy successful for comics creators? Below we're going to look at some of really successful projects, as well as a few failures, and some great ongoing projects that you can still get involved with.

First however, I just want to talk a little bit about why this is such an interesting and successful model for comics creators. Though any traditional publishing industry is a tough nut to crack, it's particularly difficult in comics.  For starters, the two biggest dogs in the field (Marvel and DC) are the biggest dogs by a VERY big stretch. Additionally, unlike in so many other markets, what most creators who work for “the big two” do is essentially work for hire, where they do not own the rights to their work. As a result, while it’s probably really awesome to get paid to write and draw comics, there's generally far less money available since you are never going to own what you’re working on. Additionally, you have to already be quite established to get in the front door at the big two. That leaves creators who want to own their work with two options: Independent Publishers or Self-Publishing.

Crowdfunding is providing a fascinating new way for creators to connect directly with fans, allowing fans to put their money where their mouths are, and “vote with their dollars.”

Comics IS gifted with a slew of wonderful Indie publishers with differing degrees of exposure and creator access, but the number of publishers producing material regularly is still very small compared to how many movie studios, book publishers, and record labels there are out there. So if you can’t get in with one of the indies, you are left with Self-Publishing, which while rewarding, can be extremely difficult, time consuming, and expensive. Especially because comics are stuck in the dark ages of using a “Direct Market” system which makes you unable to get your product on shelves unless you go through a specific distributor.

And so we have Kickstarter as a solution for comics creators.

There’s a constant refrain in comics, especially when people are talking about things they’d like to see (or like to see change) to “vote with your dollars.” But "vote with your dollars" can be tricky. I mean, it’s completely easy to abstain from buying something that’s bad, or something you don’t agree with, but that often leaves you with nothing to read. Because how can you get the stuff you want to see when no publishers are providing it?

And so we have Kickstarter as a solution for comics readers too. Because what better way to “vote with your dollars” than to literally pay creators to get the work you love out there through Kickstarter?

There have been a lot of interesting successes for comics campaigns on Kickstarter, and in some surprising formats.  One of the most beautiful anthology comics I’ve ever read (and with some of the best stories) is a book called Anthology Project 2, which I actually missed out on as a Kickstarter but managed to pick up after the fact on their website.  Anthology type projects tend to do very well in part thanks to having a lot of creators having their own fan bases looking to contribute.  Another comic that I missed out on but that had an interesting path to publication was Jimmy Palmiotti’s Queen Crab, which was funded on Kickstarter (almost $11k) and then picked up by Image comics. This is similar to how it worked for Womanthology, which funded on Kickstarter and was then published by IDW (although that project’s proceeds went to charity). There are a lot of ways to work the system to get your work out there, but the bottom line time and again is getting to know your audience. Are they willing to pre-order your work? What is the demand upfront for your project? Kickstarter can help teach you that, even in failure. There has been a lot of interesting talk lately about why some projects don’t work and I’m not going to get into that here, but it’s worth noting in an article filled with comics success stories, that Kickstarter has its comics failures as well. Just take a look at these stats for a reality check.

Regardless, crowdfunding is providing a fascinating new way for creators to connect directly with fans, allowing fans to put their money where their mouths are, and “vote with their dollars.”

So where should you put your dollars? Let me help you out with some of my favorites still going on right now:

A gorgeous 40-page, full color stand alone by former Batwoman and Madame Xanadu artist Amy Reeder and writer Brandon Montclare. Due in October 2012 to celebrate Halloween, the book is described as a “self-contained tale of magic and adventure, geared toward teen and adult audiences.”

That’s all well and good, but all you need to do is see the sample art to understand why you want this comic. The rewards are great as well – for $40 I’m getting the signed comic, a greeting card, and a stunning limited edition 11x17 black and white print by Reeder (signed by Reeder)  and limited to 50.  I can’t wait.

Halloween Eve is already funded but has a few more days to go if you want to get in on it. 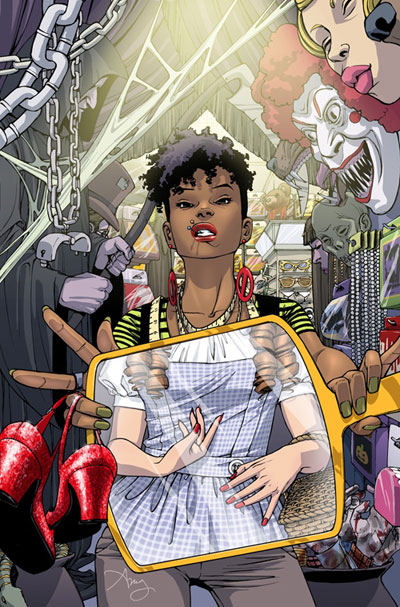 Benign Kingdom is a creator-owned publishing project designed to showcase the art of independent comics creators. After a successful Spring run of books in 2012, they have decided to try the experiment again for Fall 2012 with a series of new artists: Emmy Cicierega, Anthony Clark, Danielle Corsetto, and Aaron Diaz. All four projects look awesome and it’s fun to see that they all look quite different from one another. This is the kind of thing Kickstarter was MADE FOR. And the numbers bear it out as Benign Kingdom has SMASHED their goal of $15,000, and as of this writing had nearly 60k raised and 19 days to go.

Check it out and bid on one of the great packages. If you want all the hardcover books you’re looking at $100, but at $25/each (including shipping) that’s a great deal for a hardcover comic. 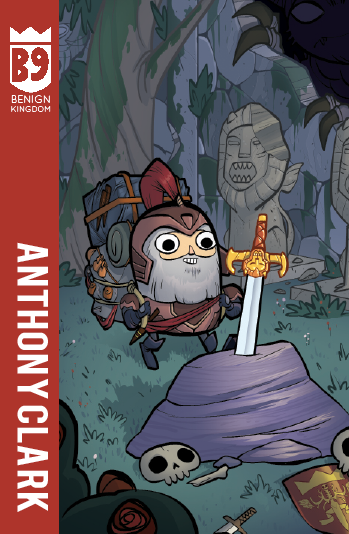 Artist Ben Caldwell is making available to fans a beautiful full color edition of his sketchbook, The Misfit Manual, as well as a preview of his next installment of The Dare Detectives series (The Case of The Kula Kola Caper).  If you’ve ever seen any of Caldwell’s sketches, you know what a gorgeous book you’ll be receiving, and add to that it’s filled with designs, fun facts, stats, and notes about his Dare Detectives characters.

Caldwell’s campaign just got started, but as of this writing he was not yet at his goal, so get over there and pledge! 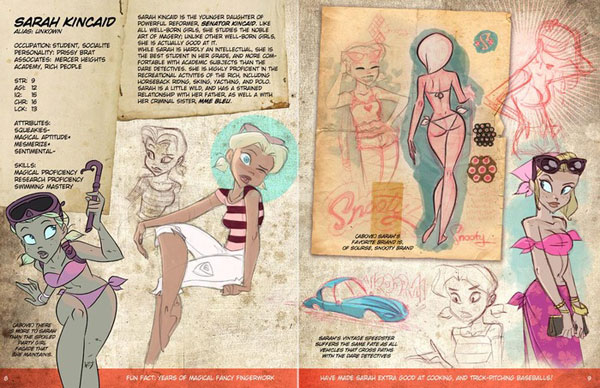 Another comics anthology project that has already decimated its goals – raising an incredible $100,000 with 20 days still remaining in the campaign - Tome features the art of a slew of talented well-known writers and artists, and their campaign makes that fact very apparent. Considering they were only looking for $18,500, this is a huge success, thanks in large part to high interest because of the number of top-level creators involved and a lot of exclusive art rewards.  Led by a crew of artists calling themselves Flood44, Tome has surpassed even runaway hits like Wollstonecraft ($91k) and Sullivan's Sluggers ($97k), and is easily on its way to becoming the next Womanthology ($109k). Hell, maybe it’s headed toward being the next Order of the Stick – which reached nearly unbelievable heights, raising over 1.2 million dollars! 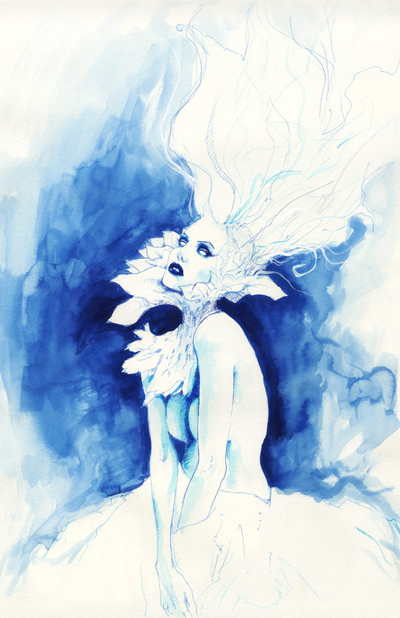 On the whole, crowdfunding is a great thing. I suspect Kickstarter is going through a nice boom right now, and that, as cool as it is, probably won’t last. But I don’t think Kickstarter or crowdfunding as a concept will go away. It’s an innovative and grassroots way of doing business and, in an age where corporations have become the “ultimate bad guys,” I think people enjoy taking back the power and funding artists directly. I do believe some people are going to get burned - some projects are going to go wrong, some will be scams, and there will be some burnoust in general – but the concept itself is a game changer, and it will be interesting to see what that game change can really bring to comics, creators, and fans.

Mousyman from Wisconsin is reading Timequake by Kurt Vonnegut, The Lone Ranger and Tanto Fist Fight in Heaven by Sherman Alexie, and The Erevis Cale Trilogy by Paul S. Kemp July 24, 2012 - 7:26am

What I really enjoy about these sites, and the whole process, is that I would be writing regardless of funding.  I'd be collaborating just the same, though it would be much more difficult to set the time aside to make it happen.  Kickstarter, Indiegogo, and any other contribution sites I may be missing, help to kick the value back into artistry of any sort at the independent level.  They also offer something incredibly unique with the various tier rewards that you won't receive from larger companies (the big two for example).  If you're an author, artist, or something else, these sites can definitely help spread the message that you're trying to send.

Also, this was an incredibly appropriate read for the morning read because I started an Indiegogo campaign last week for a graphic novel with a friend/artist from Chicago: http://www.indiegogo.com/ascentforsurvival?c=home&a=887384

Dwayne from Cincinnati, Ohio (suburbs) is reading books that rotate to often to keep this updated July 24, 2012 - 8:39am

That's a great bias to have, congrats.

great article, kelly. i've only been involved with a few Kickstarter and IGG events/publications, but overall the experience as a fan, and as a possible future artist on these sites, has been pretty cool.